The study looked into "politically oriented searches" from a "diverse group of American voters," Epstein said in an interview airing Sunday on "Life, Liberty & Levin."

"In 2016, I set up the first-ever monitoring system that allowed me to look over the shoulders of a diverse group of American voters -- there were 95 people in 24 states," he said.

"I looked at politically oriented searches that these people were conducting on Google, Bing and Yahoo. I was able to preserve more than 13,000 searches and 98,000 web pages, and I found very dramatic bias in Google's search results... favoring Hillary Clinton -- whom I supported strongly."

Regarding the specific results of his study, Epstein claimed the findings showed what he called a sizable bias.

"That level of bias was sufficient, I calculated, to have shifted over time somewhere between 2.6 and 10.4 million votes to Hillary without anyone knowing that this had occurred," he claimed.

response, host Mark Levin asked how such bias could materialize.

Epstein said people searching Google for politically relevant or election-related information will see search suggestions pop up as they type, and also see a number of top searches on the first page of their results. He claimed the alleged bias manifested itself largely within those two areas.

We now know that those search suggestions have a very, very powerful effect on people and that they alone can shift opinions and votes dramatically and then search results appear below," he said.

"The point is if there's a bias in them -- which means if a search result that's high up on the list, if that takes you to a web page that makes one candidate look better than another -- if you're undecided and you're trying to make up your mind, what we've learned is that information posted high in Google search results will shift opinions among undecided people dramatically because people trust Google."

However, last month Clinton -- the 2016 Democratic presidential nominee -- criticized President Trump for citing Epstein's study, claiming it has been "debunked."

"The debunked study you’re referring to was based on 21 undecided voters," she said.

"For context that’s about half the number of people associated with your campaign who have been indicted."

Clinton's response was spurred by a presidential tweet highlighting the fact Epstein supported the former secretary of state's candidacy and claiming Google should be taken to court.

"Report just out! Google manipulated from the 2.6 million to 16 million votes for Hillary Clinton in 2016 election! This was put out by a Clinton supporter, not a Trump Supporter! Google should be sued. My victory was even bigger than thought!" the president's full tweet read.

"The debunked study you’re referring to was based on 21 undecided voters," she said.

Yes...debunked and you landed in Bosnia under sniper fire. 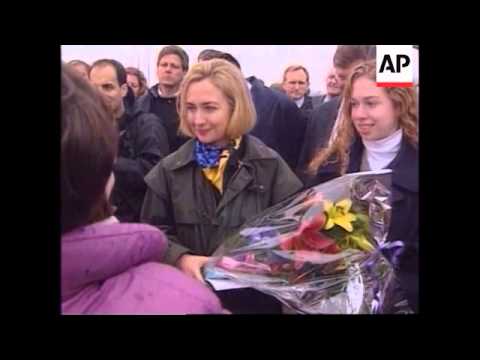