Sessoms, who lived the next house over from the victim’s father, ran across the lawn to Hinnant and shot him in the head at point-blank range as his two sisters, ages seven and eight, looked on, neighbors said, according to WRAL.com. Hinnant was in the front yard riding his bike.

The boy’s father, too distraught to speak to local news on camera, was heard screaming after the shooting, witnesses said. The man rushed out to hold his bleeding son before Hinnant was rushed to nearby medical center, where he was later pronounced dead.

Sessoms took off in a black vehicle after the shooting and was not apprehended until Monday by U.S. Marshals Service Carolinas Regional Fugitive Task Force, Goldsboro police, and the Wayne County Sheriff’s Office, according to a report from WRAL.com.

The suspect has been charged with first-degree murder and is being held without bond at the Wilson County jail.

During a court hearing on Tuesday morning, the report noted, Sessoms “said he planned to hire his own lawyer and rejected an attempt to have a judge appoint an attorney for him.”

“Our neighbor saw it,” one neighbor recalled, according to ABC 11 Eyewitness News. “She said he (Sessoms) just — the young man just walked up to the little boy who was just sitting on his bike.”

“I just don’t understand why he did it,” the neighbor added. “How can you walk up to a little boy point-blank and put a gun to his head, and just shoot him? How can anyone do that?”

The suspect reportedly had dinner with the victim’s family on Friday night, two nights before the shooting, according to WRAL.com, and Sessoms was over the family’s house the afternoon preceding the murder.

The report noted that the shooting was “not an accident.”

The five-year-old, according to his family, loved to ride his bike and loved animals. He was supposed to start kindergarten next week.

The murder comes as our nation has seen months of unrest in Democrat-run cities over the death of George Floyd, a black man who died in police custody following an arrest.

Hinnant’s death has yet to make national waves.

Innocent black youths killed during the Black Lives Matter and Antifa unrest likewise did not receive mainstream coverage like Floyd.

For example, as noted by The Daily Wire in July, eight-year-old Secoriea Turner was killed when a group of people near an Atlanta Wendy’s opened fire on a car that she was traveling in.

“Officers said they responded to a 911 call near University Avenue and I-75/I-85 around 9:50 p.m. [on Saturday],” WSB-TV reported at the time. “The location of the shooting was in a parking lot across the street from the now burned-out Wendy’s, which has been occupied by demonstrators since [Rayshard] Brooks’ death at the hands of an Atlanta police officer.”

“We need justice for 5-year-old Cannon Hinnant who was murdered in cold blood,” said author and political pundit Ryan Girdusky. 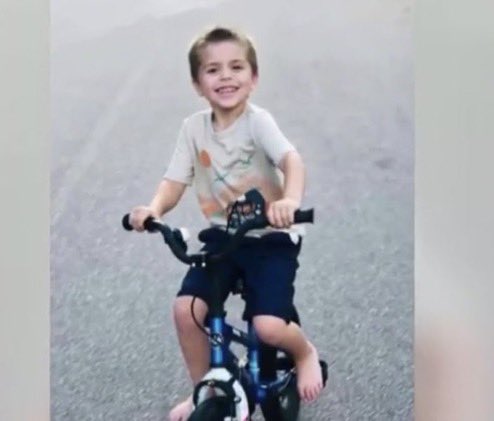 “Say his name,” The Daily Wire’s Matt Walsh said via Twitter. “Five-year-old Cannon Hinnant was executed in cold blood while riding his bike. The accused killer is Darius Sessoms. He allegedly walked up to the boy and shot him dead in front of his sisters. Reverse the races and this is the only thing anyone talks about for a month.”

“Please pause and say a prayer for 5-year-old Cannon Blake Hinnant‘s family. He was shot dead execution-style by a neighbor while playing in the front yard,” said another Twitter post drawing attention to the murder. “His siblings witnessed the murder. His funeral is Thursday.”