Joe Biden's approval rating is not good. Sad! Not good!

1. Candy corn - Even these tasteless cones of wax fare better in the polls than Sleepy Joe.

3. The restrooms at Walmart - Unsanitary but they've never tried to sniff our hair.

4. The decision to cancel Firefly - Next time Joe Biden wants to stab us in the back, he should have the guts to do it to our face.

5. DMV employees - Hey, at least they know where they are.

6. Pearl Harbor, the Ben Affleck movie - We don't know how this one beat Joe but it did.

7. The actual attack on Pearl Harbor - At least it eventually led to the fall of Hitler.

9. The guy in your neighborhood who hands out toothbrushes on Halloween - Everyone has that guy. But hey, he's not trying to ruin your life.

10. Long John Silver's - Something's fishy about this place but at least you can just avoid it.

12. Gas station sushi - Will only make you sick one time and you'll have a great story to tell.

16. Wuhan's world-famous bat soup - The taste isn't so bad, it's the consistency.

Shall I continue? I can do this alllllll day.

22. Bubble gum stuck on the bottom of your shoes

23. Stepping on a snail barefoot.

Knowledge: a threat to Marxist power. 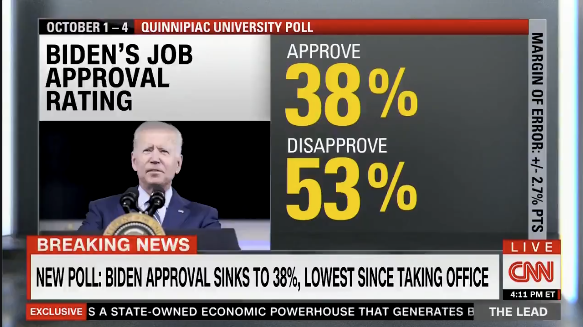 You KNOW it's lower than that!