This year and since Democrats took over the White House from Donald Trump and the republicans their campaign and Politics have been no more than a Magic show.  "What you see isn't really what you see", "Look here Not There", "Smoke and Mirrors", and Lies ... Lies ... Lies or outright deception.

The ever-rising cost of fuel along with everything else is Putin's and Russia's fault and Biden's (and the Democrat's) new green deal and the war on fuel, closing and terminating the pipelines are not in any way responsible.   The cost of grocery and food items is the fault of the "GREEDY Republican CEOs and the fault of the lingering Pandemic and not increasing due to the extravagant increases in fuel needed for transportation of goods to market and fuel associated with producing products.  Also very choice is the words of Democrat VP Kamala Harris (Biden's Border Zar) who never has visited the Border claiming that the "Border Crisis" is NOT that of Biden and the Democrat's making, but rather due to the "past administration" AKA .. Donald Trump.

The ineptness of this Administration knows no boundaries and reaches new heights as they cancel pipelines, drilling on Federal Lands, and Fracking tying the United States to the whims and desires of foreign nations (many who hate us) who now supply critical needs for America's energy when under Donald.  The cluelessness of the Democratic politicians is matched only by that of the voters who continue to elect them and give them political power each election.  President Trump's administration and the Republican's America was Energy independent.  Under Democrats, they want to point to small incremental, short-term, reductions in Gas Prices of a few cents due to Biden's emptying of our Nations emergency supplies of Oil allowing those critical Oil reserves, there for our Nation's defense needs, to get to unprecedented lows putting our very Nation at risk at a time when Russia threatens to launch Nuclear weapons at us and the NATO world.  Also attached are some Democrat Campaign Signs and other campaign signs that the Democrats didn't buy but are solely responsible for and must face in the upcoming mid-term elections.

Yet another example of Democrat Lies and misdirection in this upcoming Campaign season is the Supreme Court's Roe vs Wade overturning. Democrats along with their "lap dog" media pronounce that the Supreme Court outlawed Abortion which is totally false and misleading but then magicians are experts at saying what you see isn't really what you see.   The Supreme Court didn't outlaw Abortion but rather just ruled that the Constitution did not protect Abortion and agreed to fund it.  The Court said that the Abortion decision and power to legalize Abortion rest (As the Constitution actually says) in the hands of the States.  They didn't make it illegal but rather enhanced and protected democracy as now EACH STATE and the State's population make their own decision as to whether or not to allow abortion.

IF the Supreme Court outlawed Abortion how is it that California, Oregon, Washington, New York, and other states are still allowing Abortions and that Abortion is still legal in those states?   Yet another example of Democrat deflection ... "LOOK HERE .. NOT THERE" is the "January 6th Committee" and all the hype around that kangaroo court committee whose sole purpose is not to investigate January 6th (2021) but rather find some way, by hook, crook, or manufacture, to come up with charges that would prevent Donald Trump from legally running for President in 2024.

The "Magical Mystery Tour" Campaign (of the Democrats) is in full swing and What you see isn't really What you see but the REAL Campaign Advertising is that which the Democrats, may not want you to see but cannot help but face it.  The campaign signs are posted all over America, at each fueling location and in the grocery isles posted on the labels of Steaks (Ribeye $25.99 per pound)  No matter how hard the Democrats try and conceal reality Americans are looking at it daily.  The American Beef association's slogan used to be "Beef, it's what's for dinner" but thanks to the Democrats the new 2022 Biden's Beef slogan is "Beef it's what's breaking your budget". So sad that so few people actually can see these posts and we are literally posting unto ourselves, a greatly diminishing group.

the party that tried to overthrow Democracy is big mad... Republicans printed money like they didn't have anything to lose and now we have inflation... after every implementation of Republican policy, we have a recession...

Republicans screamed about Hillary for 6 years... LOCK HER UP!
Trump steals nuclear secrets... moves the documents around to avoid confiscation.. planned to overthrow Democracy...all Republicans can do is scream about those horrible Democrats... Can  you imagine, had Obama take boxes of TOP SECRET documents... Republicans would be calling for the death penalty.

The hypocrisy of Republicans is shocking... and to them, it's just another Tuesday.

I, for one, am tired of Republicans projecting their double standard... Isn't it time for the "party of personal responsibility' to take responsibility for their own actions? or is that just more hypocrisy on full display.

Republicans will lie, cheat, steal, kill, go against their own beliefs... whatever they have to do ... all to gain power... and here on the forums... blame it all on Democrats.

The GOP has become the laughing stock of the world... and Republicans are so blinded by their hate of anything deemed 'liberal'... they're just fine with anything the GOP has to do to gain power. 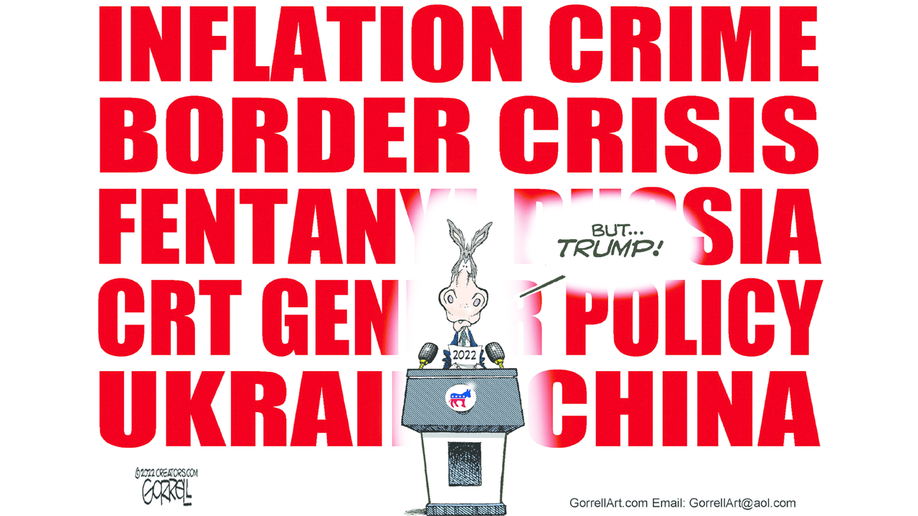