biden promoting giving each illegal $450,000 that were separated at the border.  awarding those breaking the law and further being for anyone besides actual citizens. 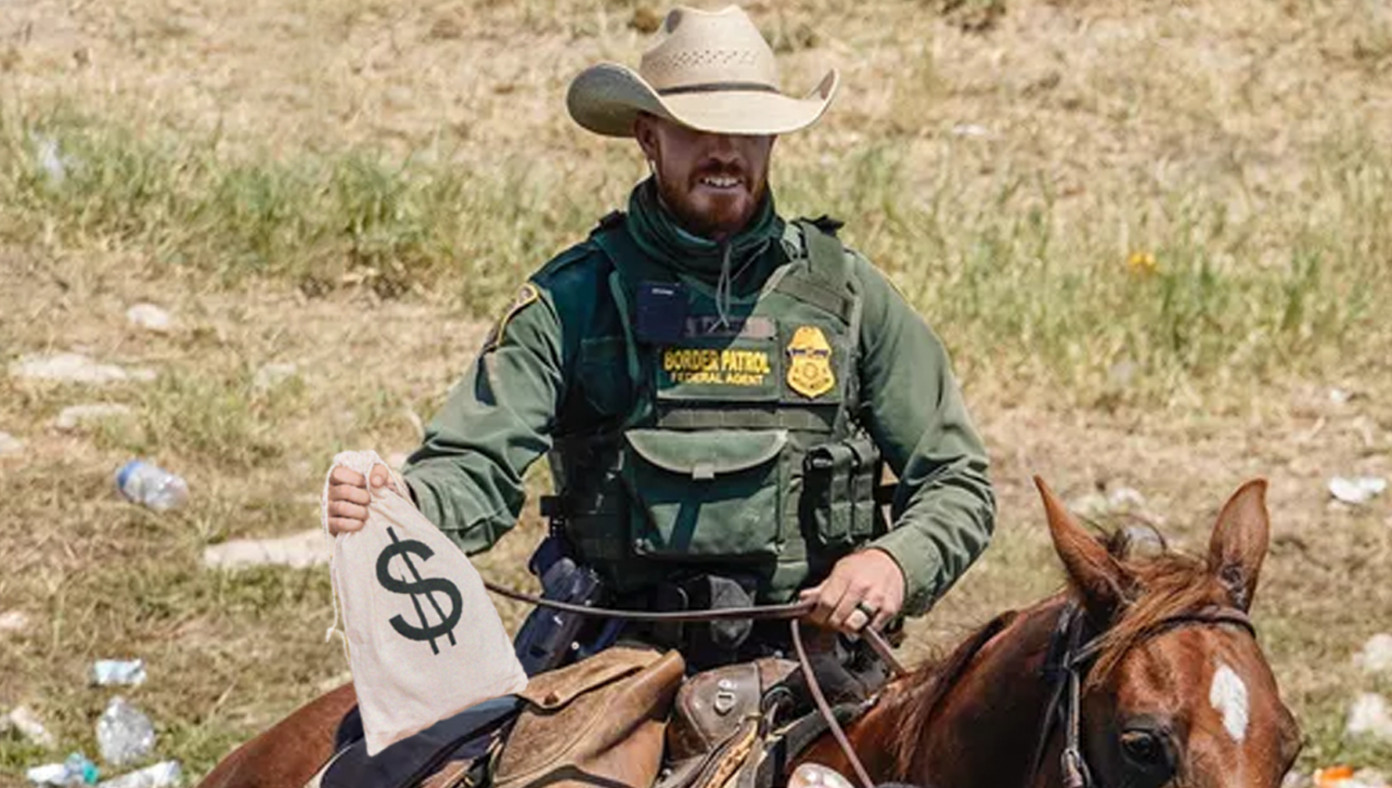 DEL RIO, TX—After weeks of being placed on leave, Texas border patrol agents are finally returning to the border on their horses. This time, however, they will be carrying giant sacks of money instead of their leather reins.

"This is our way of showing who we are as Americans," said the newly appointed Border Patrol Chief Zamby Fiddlepoot. "Our agents have all been given 320 hours of anti-racist and sensitivity training. We also chemically castrated them. They will just hand out hugs and money now."

The newly trained agents will patrol the border day and night, giving $450,000 to every illegal crosser they meet.

"Howdy, pardners!" said one officer to a small group of 3,200 migrants approaching him. "Please allow me to apologize for oppressing you with my cisgender colonial whiteness! Please take this money as a token of our apology and come on in!"

Unfortunately for the migrants, experts predict $450,000 will not be enough to fill a tank with gas in a few weeks due to inflation.

Now is the time to invest in HEMP. ROPE, that is!

Notice how when Joe Biden was ask about this and ask wouldn't a policy like this encourage far more to come to the border and cross, he denied it completely saying that no such thing was under consideration yet was almost immediately contradicted by a Represenative of the ALCU negotiating the agreement with the government?

Joe Biden is PINO (President in Name Only) and doubtful knows from day to day what the folks that are actually pulling the strings have in mind for his administration.  Consider this:   If any illegals that crossed the border receive any kind of payout $450,000 or even $45,000 you can bet that the lawyers (i.e. ALCU) will get almost 90% if not more.  Also imagine the reactions from those illegals that crossed before those that get paid and those that came after those that get paid when they don't get their EQUAL amount checks from the government. Imagine the discontent and anger and violence that will ensue from many who didn't receive the same thing as other people in their same category, ILLEGALS that is.

You would think there is NO WAY that this is a legitimate story yet it only demonstrates many things.  Joe Biden has NO IDEA what his administration is doing because he only does what he's told to do.  Democrats are totally devoted to anti-American causes and actions with sole intent on changing this Nation into a dictatorship knowing that they have their legion of lemmings that will support them no matter what they do.  They blow the dog whistles such as "Republicans are bad", "Racist Republicans", "Orange Man Bad", "Republicans are only for the RICH", and the legions of Democrat lemmings go right along in lock step to the elections and vote Democratic regardless of past practice and performance of those in their party, never realizing that their party was hijacked years ago and are now controlled mainly by anti-American Marxist, Socialist, and worse Communist who want to eliminate all competition and elections where they stand the chance of losing.

They are well on their way as even in the early 60's Communist knew that America would fail only from the inside and in order to achieve that they would first gain the Educational system, the Media, and achieve an electorate blind to everything except what they are told by "The Party".  Republicans aren't the saviors of the Nation and have their bad actors also but given the actions and performance of the Democratic Party Americans really have no choice in which party to support in order to maintain our Nation as a Free Nation of Free people but then are we really?  Free?