Left-wing demonstrators have long made a habit of attacking, infiltrating, and occupying government buildings. 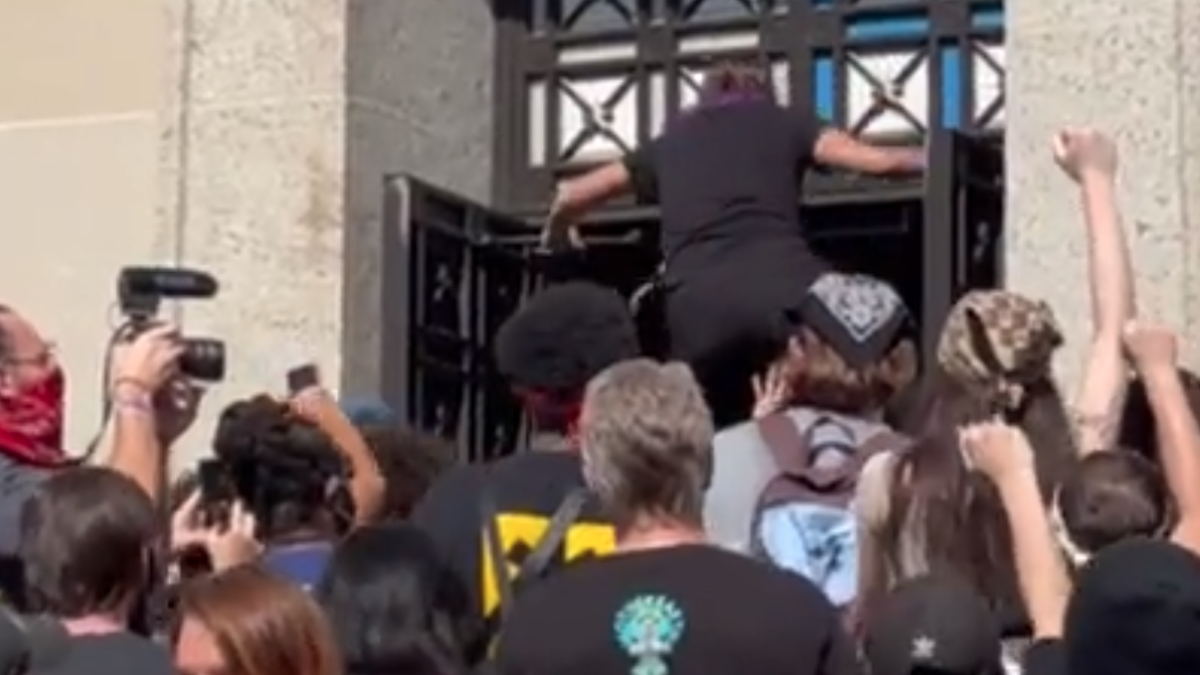 Self-absorbed congressional Democrats held a group therapy session on Capitol Hill on Thursday as they work tirelessly to immortalize Jan. 6 as an annual day of doom, but the rest of us are old enough to remember a few more times when riots and protests overwhelmed government buildings with no such theatrical response.

More than a few times, actually. The 2020 summer of rage was more or less “incited” by these same top Democrats, who race-baited as if their lives depended on it, and even our vice president, who helped bail violent rioters out of jail. It featured a number of these attacks on the government (which strangely weren’t called attacks on democracy at the time).

Not all of these demonstrations were allegedly a response to the Minnesota death of George Floyd, however. Left-wing demonstrators have long made a habit of attacking, infiltrating, and occupying government buildings. It started long before Jan. 6, 2021, and continued long after.

Can you spot the difference between these two insurrection photos?

Didn’t think so. One of them was compared to Pearl Harbor and 9/11 by our vice president. The other one barely made the news and was referred to as a mere “sit-in.” Both were attacks by political activists on government buildings.

On Oct. 14, 2021, climate activists breached the Interior Department, with demonstrators who were left outside struggling with law enforcement officers as they reportedly tried to force their way in, shouting “Go inside! Go inside!” Some activists vandalized a building, while others pinned police against a wall. The ordeal resulted in a number of injuries, according to multiple sources, with a police officer being transported to the hospital.

In June 2020, then-President Donald Trump, First Lady Melania Trump, and their son Barron were reportedly rushed to a secure bunker when a group of protesters breached temporary barricades that had been set up around the White House complex.

The federal courthouse in Portland has been a repeated target of violent Antifa rioters. In July 2020, a mob began setting fires inside the fence protecting the courthouse, shaking the fence, launching projectiles over it, and even trying to take it down. Several people even breached it, with rioters launching projectiles and flashing lasers at the federal police officers who responded.

The next month, the courthouse was shut down completely over domestic terrorism threats that someone might drive a vehicle filled with explosives into the building.

Just hours after a security fence was removed from the courthouse in March 2021, rioters broke glass and lit fires once again.

Antifa set fire to the federal courthouse in downtown Portland. There are people inside. 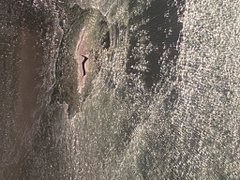 Antifa had previously attempted to menace people inside the federal courthouse on the afternoon of March 11, yelling “come outside,” “you don’t scare me b-tch,” “death to America,” and “f-ck the United States” while hurling water and other liquids inside the glass doors, banging on them, and attempting to get inside.

5. Democracy Halted at the Texas Capitol

In July 2013, an unruly mob of pro-abortion demonstrators interfered with the democratic process when thousands of them occupied the Texas Capitol and screamed at the top of their lungs, “grinding the Senate to a halt” with the noise.

During the dustup over now-Justice Brett Kavanaugh’s nomination and confirmation to the Supreme Court, which was radically amplified thanks to the Christine Blasey Ford circus, demonstrators forced their way past law enforcement, breaching police lines at both the Senate and the Supreme Court, where they stormed the steps and beat on the doors.

After announcing that he planned to vote for Kavanaugh’s confirmation, then-Sen. Jeff Flake, R-Ariz., was accosted on an elevator by several women, who shouted in his face and wouldn’t let him move.

At the beginning of October, shortly before the Senate voted to confirm Kavanaugh, a mob of protesters took over a part of the Hart Senate Office Building, which is part of the Capitol complex.

Some even made their way into the gallery during the final vote.

Linda Evans and Susan Rosenberg, two left-wing extremists, along with five others planted a bomb outside the Senate chamber inside the U.S. Capitol, where it detonated and caused $1 million in damage in 1983.

On his last day as president, Jan. 20, 2001, Bill Clinton commuted the sentences of the violent pair, spurred on by his Democrat buddy Jerry Nadler. As Tristan Justice wrote:

According to the New York Post in 2001, New York Democratic Rep. Jerry Nadler, who today serves as the House Judiciary Committee chairman, played a ‘crucial role’ in Clinton’s decision to commute Rosenberg’s sentence. Nadler’s rabbi, a Nadler spokesman at the time told the Post, gave ‘compelling information from [Rosenberg’s] parole hearing’ to the Manhattan congressman, who, in turn, passed on the material to the White House counsel’s office. That transfer, the Post reported, played a ‘key role’ in the president’s decision to include Rosenberg on his list of 140 last-minute pardons just moments before George W. Bush took the White House.

Each of the women served only 16 years of her long sentence. Rosenberg escaped 42 years of a 58-year sentence, and Evans trimmed 24 years off her 40-year sentence.

8. Senate Chamber Breached by Biden Himself

In now-President Joe Biden’s farewell address to the Senate in 2009, he claimed to have broken into the chamber and sat in the vice president’s chair when he was 21 years old. The first time he stood on the Senate floor was when he visited with friends in the early 1960s, he said.

“I remember vividly the first time I walked in this chamber. I walked through those doors, but I walked through those doors as a 21-year-old tourist,” Biden claimed. “In those days, you could literally drive right up to the front steps. … I drove up to the steps and there had been a rare Saturday session. It had just ended. So I walked up the steps, found myself in front of what we call the elevators, and I walked to the right to the Reception Room.”

“There was no one there. The glass doors, those French doors that lead behind the chamber, were open. There were no signs then. I just walked,” Biden continued. “…I sat in the presiding officer’s chair. I was mesmerized.”

He was then caught by a Capitol Police officer. I wonder if Biden thinks his self-guided Capitol tour “borders on sedition“?

Obviously, the Jan 6 Republican protesters, incarcerated by this administration that is intent on turning this country into a third world republic, are the definition of Political Prisoners.

Obviously, the Jan 6 Republican protesters, incarcerated by this administration that is intent on turning this country into a third world republic, are the definition of Political Prisoners.

maybe we should fix the healthcare system and fund public schools?

That comment has absolutely nothing to do with the subject of this post.  Ha, typical democrat deflection.

That comment has absolutely nothing to do with the subject of this post.  Ha, typical democrat deflection.

i see you're new here. all of the talking points that you have -and will probably use in the future- are like doorknobs, everyone uses them.

A times is coming when Marxists will swing from America's street lamps.