There is a scene from the movie "The Waterboy" where Rob Schneider's character makes the statement " OH NO WE SUCK AGAIN!" right after the Waterboy is dismissed from the team for his grades.  Collectively it is as if most of the Tennessee Fan base made such a statement or had that thought given Tennessee's lackluster performance against UMass, a winless team that they should have blown out in a fashion similar to what Alabama did to Vandy.

Talking to many Tennessee Vol fans that I know there is already a sense that Butch Jones is a dead coach walking and certain to fall badly to Georgia and quite possibly a blowout.  The Vegas odds makers, as of today have Georgia picked by 8 but given that the game is at Knoxville and Tennessee fans are already sore at the Florida loss with Alabama and LSU coming up they expect to at least beat one of either Florida, Georgia or Alabama but today there is a real fear that Kentucky could prevail and Butch Jones 5th season be yet another that Tennessee doesn't make it to Atlanta and worse a second year that Tennessee doesn't or quite possibly doesn't have a post season game.  If that actually happens then I too believe that this may well be Butch Jones last season especially with coaches like Chip Kelly out there looking for a job.

Some will be happy to see Tennessee fans and the Vols suffering yet again due to the past actions of Tennessee, specifically with regards to what they did or attempted to do to Alabama.  What ever happens it appears to be another predictable season for Tennessee and their fans. 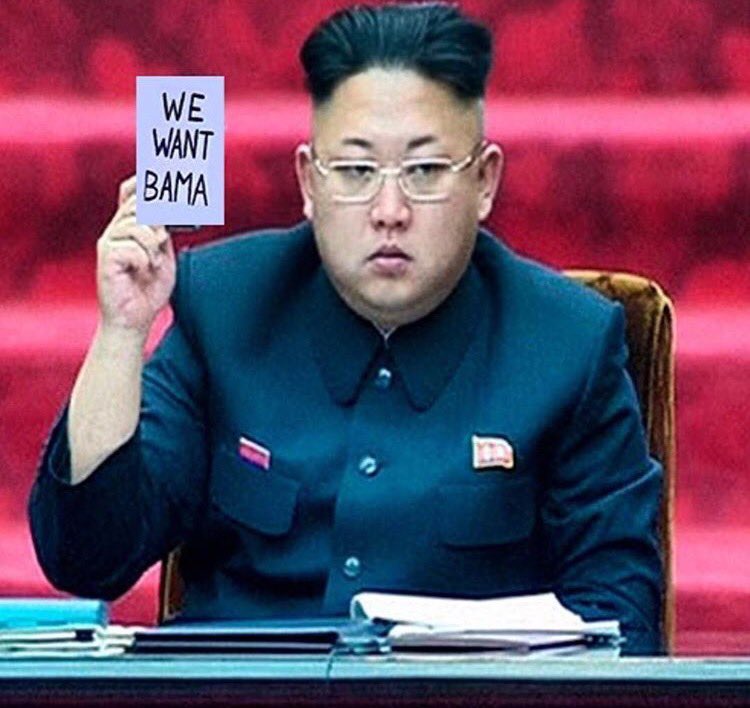 Kraven, remember what the Vandy player said before the game Saturday. They got 'Bama allright. They got a lot of 'Bama.

Truly the natives in (very) Rocky Top today are ready for a (coaching) change.  One ironic thing about this weekend's Tennessee-Georgia game is  both fan bases can look at that game, from their respective sides, and say "How about them Dogs".  About the only thing that Tennessee can take comfort in is that their upcoming game with LSU now looks winnable.  Phil Fulmer is most likely smiling wondering what do you think about me now.

To say that the wheels have come off on Rocky Top is a fair assessment and frankly I don't know if Butch Jones, having been there already 5 years and playing with his recruits, can get things turned around fast enough to keep his job.  I'd be really surprised if the AD at Tennessee or some of the folks at the University haven't already assembled some kind of a short list of folks and may be contacting them over the coming days/weeks.  I'd say Chip Kelly might be high on that short list also and possibly Tommy Tuberville and I've also heard that Jon Gruden at one time was considered by some to be a potential candidate.  The only question I believe there is now among the fans, alumni, and school leadership is will Butch Jones last through the end of the year or not.

LSU fans are most likely thinking "at least with Les Miles we won all the ones except Alabama".  Losing to Troy at home though has to have people wondering if they made the right coaching decision.  At least on Ed's side is that he is intensely liked by his players and most of the fan base but if LSU continues losing games like they have in the last few weeks then his likeability may have an expiration date.

Alabama has made it very difficult on SEC Coaches and other SEC teams.  Certain fan bases have come to expect to compete for National Championships year after year or at least be in the short list running for National Championship contention.  Of those whose fan bases maintain those expectations are Tennessee, Georgia, Florida in the East and LSU, Auburn and Alabama in the West.  Of those fan bases it's interesting that two of them have hired Nick Saban former assistants.  It looks like this year that Auburn and Georgia are going to be the teams that are best suited to challenge Alabama for that right.

Of all the SEC teams the team, at least to me, that appears improving the most is Georgia in the East and Auburn in the West.  Alabama is Alabama and remaining consistent with still some questions on both offense and defense but overall still ahead of the rest.   My concern, as a fan though, is their defense this year, although very good, isn't as great as it has been over the last two seasons (my own assessment) and with several key injuries so far into the year will be Alabama's greatest challenge going forward.  Right now though it appears that if Alabama is going to be beat then it's going to be Alabama that will have to do it at least up until they face Auburn in the Iron Bowl and then Auburn, if they continue on their course, should be a real challenge to their dominance.

At this point I think the final four that will compete for a National Championship will be Clemson, (Alabama or Georgia), Oklahoma, and Penn State.  TSU, Ohio State, Michigan and possibly Auburn of course could also easily throw a wrench in that calculation.  If I had to bet though I'd predict 1)Alabama 2)Clemson 3)Oklahoma 4)Penn State and a rematch between Clemson and Alabama for the National Championship.  But seeing I'm certainly no expert, my opinion is just that, an opinion and a bit biased I might add.

KravenOld Faithful
Just suppose Clemson and Penn St. was in the SEC east and
Okla. and USC was in SEC west, would the end of regular season
play change much for todays top five..??
10/1/1712:19 PM
❤️ 0

Kraven posted:
Just suppose Clemson and Penn St. was in the SEC east and
Okla. and USC was in SEC west, would the end of regular season
play change much for todays top five..??

I could easily see Clemson being an SEC East team or Oklahoma an SEC West team if the division was that large but then you might could say the same regarding VA Tech or Florida State.   What really gets me is how Missouri can be considered and SEC East team other than you have to have a place to plug them in.   As far as how it would change the regular season I think it would just make it more difficult for a lot of the teams to ever make it to the top four for they would knock each other off in the regular season and unfortunately a lot of the big rival games, that are played today, would have to be eliminated or new rivalries would be established.

Butch Jones is done at Tennessee.

I don't know when it will happen. Maybe Saturday's 41-0 shutout loss to Georgia -- UT's worst to UGA since 1981 -- will be the last game Jones coaches at Tennessee, or maybe he'll be allowed to finish the season. Hell, maybe Tennessee will decide Butch's buyout is cost prohibitive to making a move at this point (according to Darren Rovell, it would cost Tennessee $9.2 million to fire Butch on Sunday), and he returns to Rocky Top in 2018.

I don't know when it will happen. All I do know is that while I was watching the Vols get embarrassed with their worst home loss since 1905 (a 45-0 thrashing by Vanderbilt), I saw a dead man coaching. I think Jones has known it for a while as well because that's the only reason I can think of that would have led to his strange rant about "fake news" last week.

9.2 million to fire him. Crazy. Why do colleges enter into such contracts?

Butch has been my favorite UT HC for 5 years now, but they'll
probably give this problem to the Helda, this way they can save
about 7 million and no one knows nothing,,, let the pros do it...

I like Butch also and think he is much more effective than Dooley was and better than Fulmer.   Tennessee fans always expect to win the SEC East and compete for the National Championship or be in the picture for it.  Last year should have been that year with Dobbs as QB and I think that failure was what created what we are seeing this year.  Whether or not Butch Jones is the coach that can get Tennessee to where the fans want I don't know.

I personally think Tennessee should give Butch some more time because as many coaches as Tennessee has had, what with Fulmer, Kiffen, Dooley, and now Jones to start again isn't going to take them to the top in the next year or so.  College Coaching expectation has been ruined by Nick Saban and his quickly getting Alabama back to national prominence.  Now everyone expects their coach to turn their team around and get to the pinnacle of College Football in two years.  Butch Jones has a high top 10 recruiting class for next year, 2018, and appears focused.   He has brought in some talented players and I believe he will ultimately have Tennessee competing but I could be wrong.

I also think Tennessee fans and AD should take note of LSU's situation where they couldn't wait to get rid of Les Miles only now to really have a losing program where at least with Les Miles they only seemed to lose to Alabama, something everyone else seems to be doing theses days and in the last several years.  I don't think though, with coaches like Chip Kelly out there, that the schools administration and fan base along with the alumni will wait Butch Jones out and give him that time.  If Butch somehow manages to win out, other than Alabama, of course, then he might survive the year but further losses such as South Carolina, Vandy, or Kentucky will most likely do him in as will not making a bowl game.  But I'm just a secondary fan as I root for Alabama first and primary followed by Auburn then Tennessee and the rest of the SEC.  Something is wrong on Rocky Top though and If Butch is a good/great coach now is the time he needs to show it and find a way to bring it to the surface.

KravenOld Faithful
Kiffin just might take less money to rejoin the SEC, he recruits
very good for the offence side of it and has a great deal more
experience and workable attitude toward the HC position.
I bet Ole Miss is looking his way.
10/7/1711:22 AM
❤️ 0
Back To Top