On Monday evening, the FBI took the unprecedented step of raiding the home of former President Donald Trump. What were they looking for? Astonishingly, what is being leaked to the media is that they were after documents that possibly violated the Presidential Records Act.

Far from their promises of proving some grand conspiracy involving January 6th, it appears the Democrats, using the power of the nation’s federal law enforcement apparatus, are trying to take Donald Trump out with selective enforcement of provisions that are normally handled in a civil, not criminal manner.  Where have we seen that before?

None of this is a coincidence, and none of it is justified. Even if Trump was in possession of some documents that needed to be archived, that is the kind of thing that has historically been dealt with in court, not with an FBI raid, and the former president was fully cooperating to this point.

Meanwhile, Hunter Biden has been implicated in multiple federal crimes and his house hasn’t been raided. Hillary Clinton was proven to have illegally retained classified information on a private server, and her house was never raided. This isn’t about Trump not being above the law, as some on the right have naively proclaimed. It’s about a completely different set of rules being applied depending on what political ideology someone adheres to. In simpler terms, it’s about blatant corruption.

There is nothing the Biden administration and the left at large want more than another January 6th moment before the mid-terms. They long for it, and they are willing to do anything to try to manipulate a reaction out of the right to feed into their narrative. Why? Because they believe it can save them from certain destruction in November.

Further, the FBI specifically wants justification to fight its war on “domestic terrorism.” They want to crush you and anyone who thinks like you. All they need is some on the right to lash out to enact their plan, and they have the entirety of the country’s institutions, including the press, supporting them.

Let me be frank: Do not give them what they want.

Now is not the time to play into the hands of our opponents, and you will not beat the FBI and these other corrupt institutions via disorganized attacks from the outside, no matter how good it might feel in the short term. A red line was crossed with this raid on Trump’s home, and electoral vengeance is justified. But it must come in ways that are actually effective, and that means being strategic and playing the long game. It’s going to take a Republican Congress in 2023 and a Republican president in 2025 to make any headway against this insanity. There is no other way, and once the tables are turned, any Republican politician who doesn’t have the stomach to fight back must be banished.

"Boo who"? LOL! You poor old scared liberals! It's "boo hoo", as you should know, because that is ALL we hear from liberals, since you're always crying about something. You should be ashamed to admit you are so scared. Interesting that you decided to post instead of running in, lurking, and looking to see what you could 'report' every time others posted.

Poor Republicans can't decide if they want to whine about Biden or whine about Trump.
Imagine how bad it must be... for the FBI to raid Trump knowing full well the Republican'ts would lose their minds and foam at the mouth. 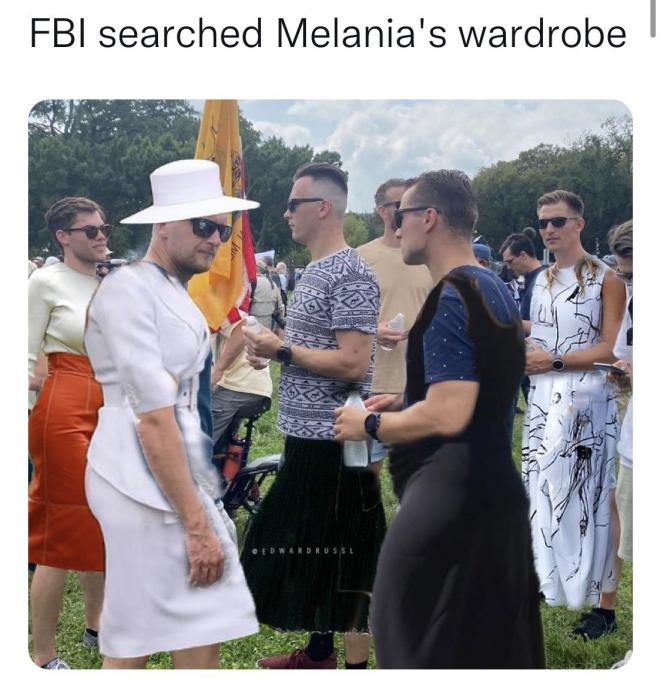 Just a heads up to you Republicans....
the head of the FBI was appointed by Trump...
he also worked in the Bush Administration, with Kavanaugh...
To keep attacking the FBI is to attack the Trump Administration.