The media’s behavior when it comes to even possible COVID therapeutics has just been abhorrent. In the case of hydroxychloroquine, the nation endured over a year of hysteria claiming the drug was dangerous (including a now-debunked, scam study and a rant by Fox News’ Neil Cavuto). In the end, though, hydroxychloroquine was shown to have an effect when used early in infection. How many thousands of people died because patients and doctors were pushed into using an FDA-approved, safe drug that was in large supply?

Were any lessons learned from that ridiculous ordeal? Of course not, because now there’s ivermectin. The media have spent the last several weeks claiming the FDA-approved drug for human use is “horse dewormer” while trashing Joe Rogan for taking it as part of a COVID treatment plan.

Yesterday, I wrote on a viral claim involving ivermectin, spread by blue checkmarks across the left, that asserted an Oklahoma hospital was so overwhelmed with overdoses from the animal variant that they were turning away gun-shot victims. That turned out to be so false that the hospital changed its internet homepage with a correction of the disinformation, noting that they did not have a single patient admitted currently that had overdosed on ivermectin.

But as I said when I opened this article, we are apparently going to keep doing this. Another ivermectin hoax has now been exposed, this time over a widely spread claim that Mississippi’s poison control was deluged with ivermectin overdoses representing 70% of total calls.

The AP reported that 70% of recent calls to the Mississippi Poison Control Center were from people who had ingested ivermectin to try to treat COVID-19.

The correction acknowledges that it was actually only 2%.

Here’s the full correction per the Associated Press which was pushed out to SF Gate.

In an article published Aug. 23, 2021, about people taking livestock medicine to try to treat coronavirus, The Associated Press erroneously reported based on information provided by the Mississippi Department of Health that 70% of recent calls to the Mississippi Poison Control Center were from people who had ingested ivermectin to try to treat COVID-19. State Epidemiologist Dr. Paul Byers said Wednesday the number of calls to poison control about ivermectin was about 2%. He said of the calls that were about ivermectin, 70% were by people who had ingested the veterinary version of the medicine.

So instead of it being 70% of calls being about ivermectin, the actual number was…2%. And of that 2%, 70% of those calls were about the animal variant. In other words, instead of talking about possibly hundreds or thousands of animal variant ivermectin overdose calls, the number is actually infinitesimal, representing only 1.4% of calls.

This is the kind of mistake that could have been avoided with even the most basic amount of fact-checking prior to publishing the claim. Yet, the media far and wide didn’t even bother. Just like with the Oklahoma hospital claim, they ran with it because it fits a narrative, not because it was true.

This isn’t difficult. If something fits one’s narrative perfectly despite seeming incredibly far-fetched, one should always be careful. The media don’t abide by that basic rule. Thus, we keep getting this insanity.

In the end, I don’t know if studies will show ivermectin has efficacy against COVID the way hydroxychloroquine does. What I do know is that the absolute maniacal, partisan treatment of the drug is stupid, political, and possibly dangerous. 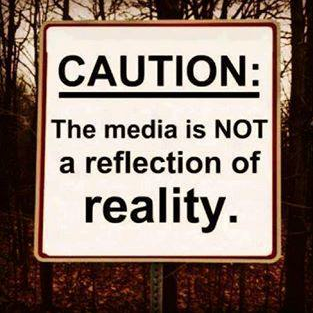