FRIEDENS, Pennsylvania — Imagine if you had a job. A good job, one that required skill and critical thinking and had a broad impact in the community where you lived. A job you didn’t just show up to do. It was a job you were good at, and because of it, you were able to provide a roof over your family’s head, put your children through college or help pay for their wedding, and once a year, it gave you the ability to carve out a week or two to take the family on vacation.

Now imagine that job becomes the center of political debate, one far removed from the Laurel Mountains, where this town sits. Within two decades, your profession goes from being championed by the Democratic Party and labor officials to one that they want to destroy.

John Fisher and Harvey Charles were standing outside of the Acosta Mine mechanic station here in Somerset County. Both still had traces of coal dust on their hands and faces. Both had just finished their shifts and were cleaning up themselves and their equipment. Fisher works in the mine; Charles transports the coal.

Fisher has been doing this job since 1989, when he returned home after serving four years in the U.S. Marine Corps. The 52-year-old says he travels 67 miles one way every day from his home in Cherry Tree in Clearfield County to do his job at the mine.

He describes his day, which begins not with walking into the mine, but crawling.

“I get here, what? 4:30 a.m. Make sure everything’s running. Then, I go underground and fix what’s broken. All over, in the pots, in the slop, in the bad roof, in the good roof.” He explains all the vulnerabilities that exist in a mine that require monitoring and daily repairs.

Here, metallurgical coal gets mined. It is used exclusively for the steel production that supports the construction of bridges, roads, highways, homes, factories, distribution centers, churches and other businesses supporting the country’s infrastructure and economy.

Fisher explains the core business here is producing and selling metallurgical coal to domestic and international steel and coke (a porous fuel) producers: “It’s a good living. I like what I do, or I would not be doing it.”

So does Charles, who says he’s been in the industry since 1987. “Right out of high school, I followed in the footsteps of my father and grandfather.”

“I used to be the maintenance foreman. Now I’m just a truck mechanic,” he said of his job to make sure all of the massive dump trucks used to haul the coal out of the hollow are in working order.

They acknowledge their industry is in the center of a political storm and their fate does not rely on how many improvements the industry does to make it clean. “Politicians and the press need a good guy and a bad guy to either win a race or tell a story. We used to be the good guys that everyone stood up for,” Fisher says and then shrugs.

Pick up the daily newspaper and you will find mining will get blamed for everything from the growth of the deer tick population to last year’s mild winter (this winter has not been mild).

Several things bother Fisher and Charles regarding how others look upon those in the mining industry. One is the stereotype of anyone in their business as either anti-intellectual or anti-clean environment. The former they consider insulting, the latter ridiculous.

“Not only do we drink the water and breathe the air here, but we also hunt, fish and swim here. We are the first people who want whatever we do here to be safe,” Fisher said. It is a common refrain from energy workers across the country.

The other thing that gets under their skin is when politicians flippantly suggest they can quickly get another job. Transportation Secretary Pete Buttigieg recently said people who lost their job to climate justice might find a climate-conscious job.

And President Joe Biden suggested coal miners should just learn to code. Last year in New Hampshire, in the middle of a brag of how former President Barack Obama had placed him in charge of judging what the jobs of the future would be, he said, “Anybody who can go down 3,000 feet in a mine can sure as hell learn to program as well.”

It is still astounding to witness the contempt and disdain politicians and the press have toward the lives and livelihoods of people who aren’t like them, people who don’t live in their ZIP codes or attend the same universities they did.

People who work with their hands don’t start a conversation by asking you where you work. It is rare to find anyone here who would say your profession is irredeemable and that you need to do something they find worthy. Traditionally, when a job or an industry has a problem, they work on fixing it or correcting it rather than destroying it.

People often asked after the 2020 election what will happen with the Trump voters (Fisher and Charles voted for him twice). The thing is this complex conservative populist coalition existed long before it helped catapult Donald Trump to the presidency in 2016.

His win was, in part, the result of a culture that became detached from the people they served in various institutions, whether it was the government, the entertainment industry or the college campus. Many people ultimately rejected all of them.

And you never understood how someone who lives in the suburbs of Arizona or Kenosha, Wisconsin, or Miami could have anything in common with someone who works the mines in Appalachia. And you didn’t understand that because you didn’t care to, because you hoped for its destruction.

There will be two endings to this story. The first is industries such as coal or shale, or the creation of pipelines, will continue to get attacked and dismantled, costing people their jobs. As Fisher said, politicians and the press always need a bad guy.

And the other ending is this coalition will grow – despite the press incorrectly believing one person caused it and having the audacity to think they have the power to dismantle it.

Salena Zito is a staff reporter and columnist for the Washington Examiner. She reaches the Everyman and Everywoman through shoe-leather journalism, traveling from Main Street to the beltway and all places in between. To find out more about Salena and read her past columns, please visit the Creators Syndicate webpage at www.creators.com.

Dude coal is dead and its not comming back. Trump lied again when he said he would bring it back.  In fact more mines were shut down under Trump than any president.  And the TVA moved to shut down more coal plants even under Trump.  And don't forget under Trump last year we lost 22 million jobs.

Passenger Trains used to be a big deal, but then airplanes came along and made them obsolete.   It happens in every industry, and will continue to happen regardless of our nostalgia for the way things were.

Passenger Trains used to be a big deal, but then airplanes came along and made them obsolete.   It happens in every industry, and will continue to happen regardless of our nostalgia for the way things were.

It's good when you post to actually know what you're posting about. Passenger trains are NOT obsolete....and it's a bit more than nostalgia we're talking about. 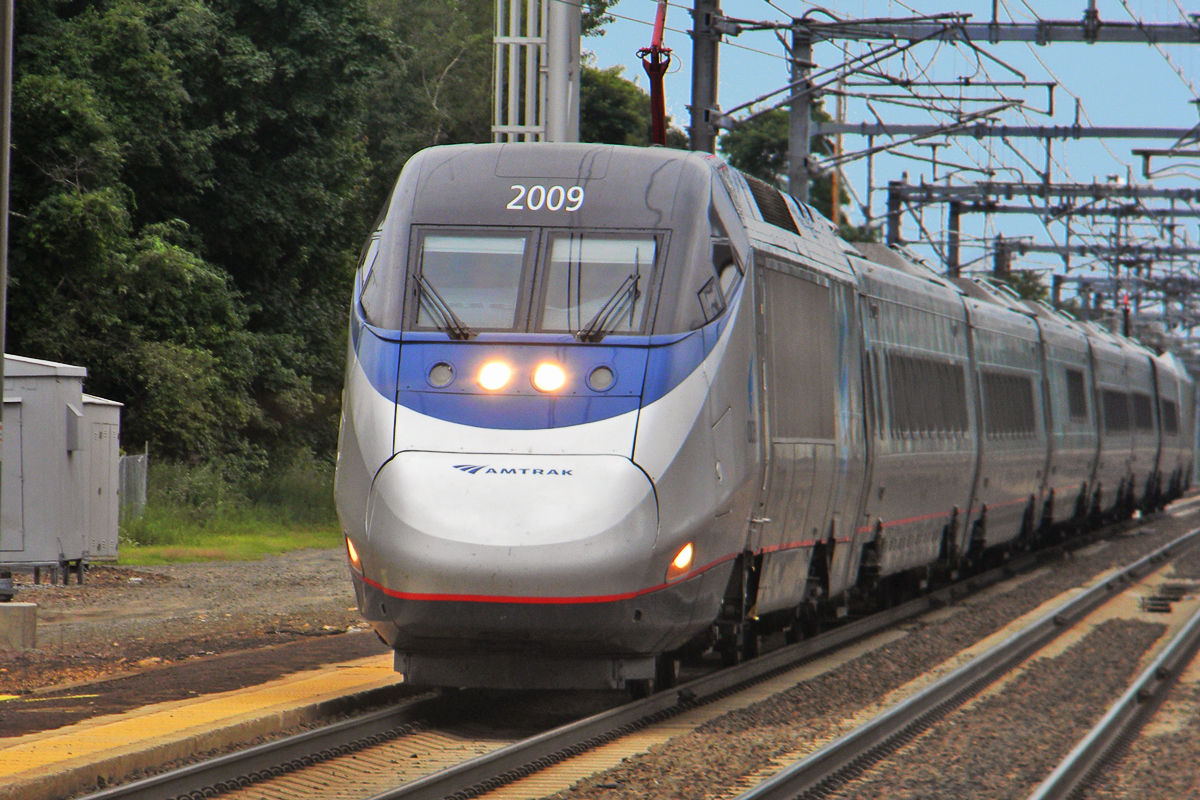 It’s Full Steam Ahead for High-Speed Trains in the U.S. Dude coal is dead and its not comming back. Trump lied again when he said he would bring it back.  In fact more mines were shut down under Trump than any president.  And the TVA moved to shut down more coal plants even under Trump.  And don't forget under Trump last year we lost 22 million jobs.

Shut down for what reason? You always skip the entire story because it wrecks your attempts to blame things on Trump that he has absolutely nothing to do with...and lets you leave out his accomplishments. AGAIN...the 22 million job losses were dem made when they weaponized the Covid virus and shut down the country...and sent their troops, antifa and blm, out to burn...loot...and destroy businesses.

coal is more and more losing out to natural gas and that trend will continue because natural gas is clean and cheaper.  Also  there is no such thing as a antifa.

Also there is no such thing as clean coal and there never was.