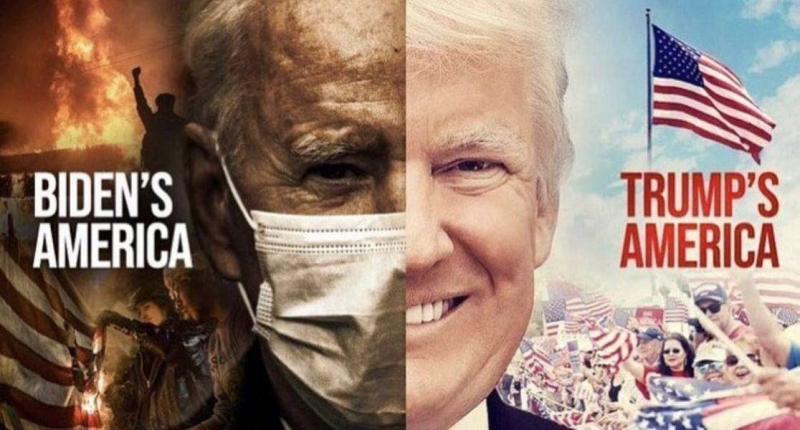 Monday will mark nine months of the Joe Biden presidency. And this weekend marks the 17th weekend Joe Biden has spent in Delaware. Joe left the White House at noon on Friday for yet another trip to his vacation home in Rehoboth Beach.

One can hardly blame him for wanting to run and hide. This week, like so many weeks before it, brought a cascade of bad news for Beach Blanket Biden.

For the first time in almost nine months, Biden’s approval numbers for his handling of COVID dropped below 50%. But that’s what happens when you decide to target the unvaccinated and pit American against American. Anyone with a single working brain cell could’ve predicted that Joe’s COVID approval would plummet — which may explain why nobody in the White House predicted it.

These are the guys who didn’t predict that the Taliban would overthrow the Afghan government even as the Taliban was preparing to enter Kabul.

Yesterday the Pentagon confirmed the New York Times report from last week. They did target and drone an innocent family. Instead of stepping up and saying word one about that, Joe hops on Air Force One for a trip to the beach.

Hiding when the **** hits the fan is what Joe Biden does.

He hid at Camp David while the Afghan government fell to the Taliban.

He hid throughout the 2020 Presidential election.

Did anybody actually expect Biden’s presidency to be any different?

To add to the bad news pile-on, this week the FDA rejected the plan to provide booster vaccines to those sixteen and older. This only a week after Joe Biden, in that demagogic “target the unvaccinated” speech, prattled on endlessly about offering booster shots:

BIDEN: That’s where boosters come in — the shots that give you even more protection than after your second shot.

Now, I know there’s been some confusion about boosters. So, let me be clear: Last month, our top government doctors announced an initial plan for booster shots for vaccinated Americans.  They believe that a booster is likely to provide the highest level of protection yet.

Of course, the decision of which booster shots to give, when to start them, and who will give them, will be left completely to the scientists at the FDA and the Centers for Disease Control.

But while we wait, we’ve done our part.  We’ve bought enough boosters — enough booster shots — and the distribution system is ready to administer them.

As soon as they are authorized, those eligible will be able to get a booster right away in tens of thousands of site across the — sites across the country for most Americans, at your nearby drug store, and for free.

You’d think this administration would wait until the FDA gave the okay before sending the old guy out to bang on about boosters. Talk about putting the cart before the science.

But it is par for the course for the Biden administration, isn’t it? Mixed Messaging has been the cornerstone of the White House’s COVID response for nine months.

And because these *****les are the most vindictive creatures in the universe, the Biden administration this week seized control of the distribution of the monoclonal antibody supply. Why? Because Florida has been widely using the therapy to treat COVID cases. That’s why. So to punish the DeSantis administration for expanding options beyond vaccines and leading the way on monoclonal antibodies, President *****le decided to put the squeeze on supply in order to punish DeSantis for looking more like a leader than demented old Joe.

Sure, they’re claiming it’s about “equity.” But it’s really nothing more than petty vindictiveness.

And in his vindictiveness, once again Beach Blanket Biden picked a fight with a Governor who refuses to roll over when the broken down old crock plays the bully.

And how did the administration respond? By banning drone flights overhead.

Because it isn’t a crisis if you hide it from the public.

Problem is, much like Ron DeSantis, the state of Texas isn’t rolling over when old Joe plays the bully. The Texas Department of Public Safety sent Fox reporter Bill Melugin back up overhead in one of their helicopters.

Beach Blanket Biden even managed to **** off the French this week. Who knew that was possible? The administration squeezed the French out of a plan with England and Australia, then coopted a submarine deal the French had with the Aussies.

The French are so angry with President “Diplomacy is Back” that, for the first time in history, they recalled their US Ambassador.

Biden is so bad at this, he even succeeds in getting a country famous for surrendering to punch back.

Rather than stay in Washington to deal with the mounting blunders of his own making, Joe Biden scampers off to Rehoboth Beach to hide.

Now, I get it. We all know Joe Biden isn’t really in charge. But you’d think the White House would at least create the pretense that he is.

I mean, when a US Senator in a televised hearing this very week asks Secretary of State Antony Blinken who the hell is in charge, don’t you think the administration would make at least some effort to create the optics necessary to counter the suspicion that Biden is an empty, useless husk?

But no! They let him scamper away to Rehoboth Beach.

Fact is, nobody is in charge.

As Kurt Schlichter pointed out in a column a couple months ago:

[W]hat we have here seems to be a patchwork quilt of bureaucrats, politicos, and social media blue checks each pushing individual fetishes instead of their awful agenda as a whole. The result is not just chaos– ah, glorious chaos– but the ham-handed way they are going about it is also energizing we normals’ resistance.

And we got a heaping helping of that chaos this week, didn’t we?

But not just this week. It’s been nothing but nonstop chaos for a month. Ever since Biden went into hiding at Camp David while Kabul fell, there has been an endless parade of chaos coming from this White House. And so long as the country lacks a President, this chaos will be as predictable as Joe Biden’s trips to the beach.

Biden baffles, bizarrely declares ‘I like kids better than people’ amid familiar profane chant
21 hours ago

FB equates Conservatives with terrorists
22 hours ago
School Board Covered-up Student Rape, Had Father of Victim Arrested to Keep Him Quiet, Then Labeled Him a Domestic Terrorist
22 hours ago