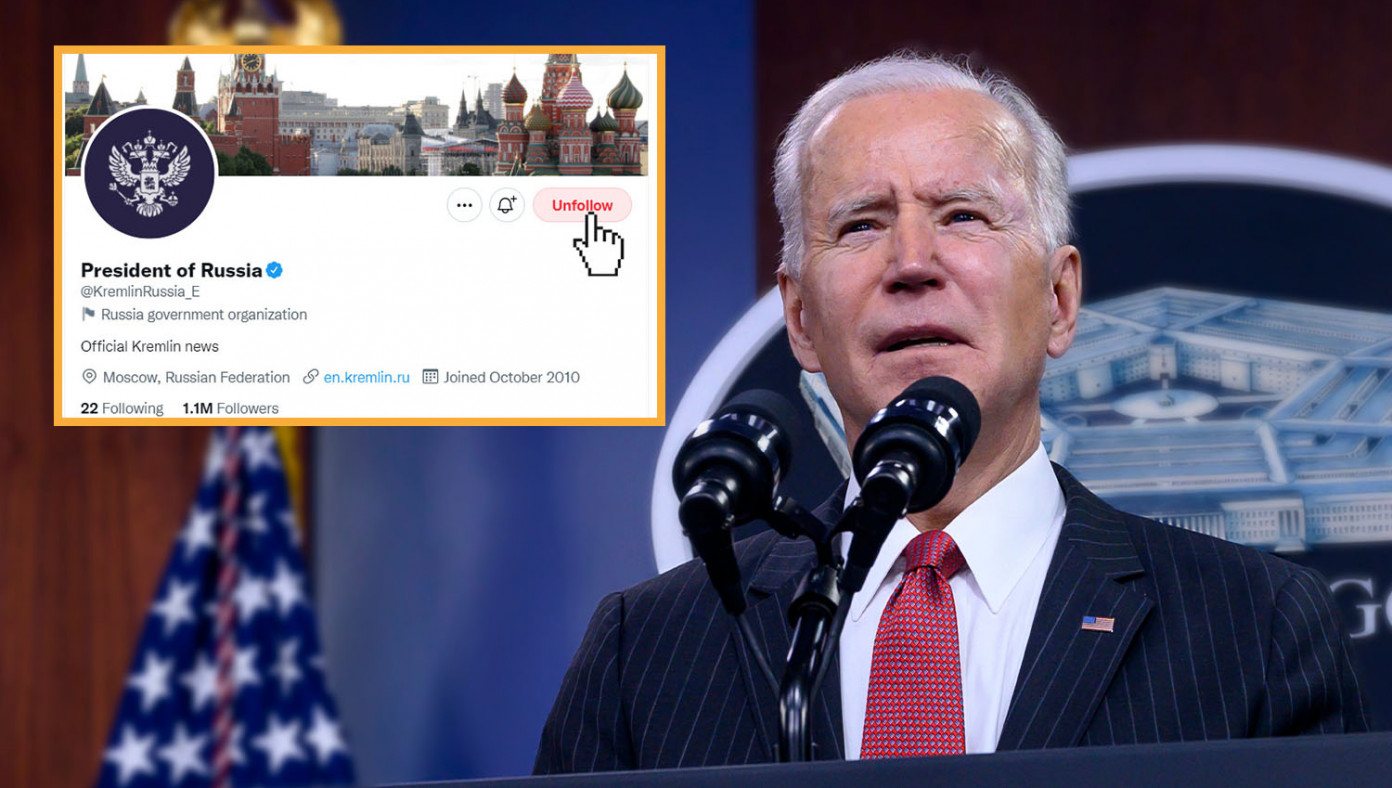 WASHINGTON, D.C.—After Putin led Russia in an unprovoked attack on Ukraine, Biden addressed the world and outlined the steps he'd take to stop Russia from rampaging through Eastern Europe.

"Listen, folks, I was hoping I wouldn't have to do this, today I directed my social media manager to unfollow Putin on Twitter," said Biden. "That Putin guy is a major internet influencer and we need to hit him where it hurts. We have no other choice. God have mercy on us."

Biden then directed his staff to "unfollow" President Putin on Twitter, warning that if Putin doesn't stop what he's doing, he will also "unfriend" him on Facebook.

"You want to have no friends, Vlad? 'Cause that's where you're headed, buddy! That's no fun! Trust me, I know! You'd better watch your step, bud!" Biden said angrily before tripping on the carpet of his house and faceplanting into his bronze bust of Neville Chamberlain.

Biden has promised to engage in further talks with world leaders once aides finish changing his Depends.

Is he up to that task? I think not.

He can get his aides to do it for him while they feed him pudding.