Oh, we know that Joe. We know exactly how much you "like" kids. You can't contain yourself even when you know you're being watched and taped. And yes, where IS Jillybean? She was always hovering over JoJo, pulling him away, making sure no one could question him, and then she went to Japan and disappeared. Heels up Harris is no where to be found either. Should we be digging up the garden at Joe's Delaware house, with the fake WH movie set, where he actually stays? Oh, and btw, JoJo was right in the kid's faces and didn't have on his mask. I guess it gets in the way of him sniffing the little girls.

Protesters chanted in the background “F*** Joe Biden!” and “Traitor!” as the President did a photo-op with children at the Capitol Child Development Center in Connecticut and told the media, “I like kids better than people.”

Biden made the proclamation on Friday after getting a hug from a toddler. Protesters overshadowed the staged event and shouted the now-viral chant against the President.

“When I talked to all your folks out on the playground, I joked that everybody knows I like kids better than people. Fortunately, they like me. That’s why maybe I like them,” Biden stated in his speech that took place in Hartford.

Biden would not take questions after his speech. But prior to his speech he did make time to kneel outside on the playground and give a child a hug while he spoke to others. Photographers took advantage of the planned encounter to humanize the President. The propagandic moment was marred by chants from immigration reform activists and supporters of former President Trump. This is not the first time that Biden has been heckled. It happened on a recent trip to New Jersey as well. Zolan Kanno-Youngs, who is a reporter for the New York Times, noted that “protesters standing just outside within earshot screamed ‘F*** Joe Biden’ Another reporter from NPR named Scott Detrow recounted that “at one point Biden put a twisty blue tube toy on his head. As this happened you could clearly hear Trump supporters across the street yelling ‘traitor’ and ‘f*** Joe Biden.'”From the time that Biden touched down at Hartford’s airport, through his visit at the childcare center, and then at the University of Connecticut, he was jeered and heckled by protesters.

“Around 50 more Trump supporters, with similarly expressive signage gathered a street away from the center. They chanted ‘F*** Joe Biden. He’s not our president.’ They also shouted ‘traitors’ as a coda while we walked inside,” Robertson wrote.

Anti-Biden signs were all over the place at the University of Connecticut as well.
The President also seemed to not know exactly where the First Lady was currently. “Where is Jill? I am Jill Biden’s husband… I think she is either in New Jersey or Virginia. I’m not sure,” Biden said during his childcare center speech. He admitted during his speech at the childcare center that his $3.5 trillion social spending plan is unlikely to pass in its current form.

The President also jarringly joked about his wealth. “I’m also listed for 36 years as the poorest man in the Congress. But I make big money now that I’m the president,” he said. Biden is a millionaire now many times over since ascending in politics despite a meager salary.

Biden was mocked on social media for saying he liked kids better than people and for not knowing where his wife was.

Honesty from a pedophile. Imagine that..... 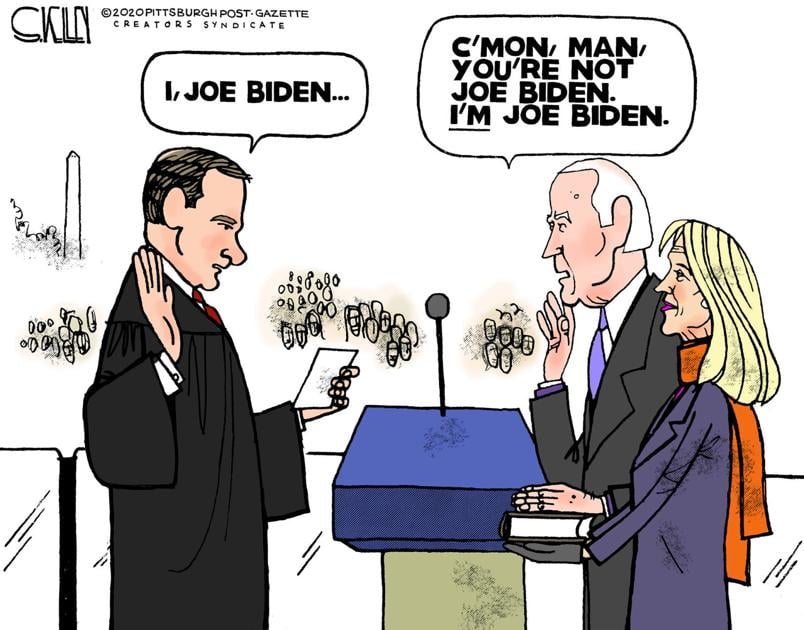