Conservatives on Twitter ripped into President Joe Biden’s latest gaffe from Friday night, in which he claimed that Democrats campaigned in "54 states" in 2018 to defend Obamacare.

During his Friday evening remarks at the "Pennsylvania Democratic Party Reception," Biden touted his party’s success in protecting the Affordable Care Act from being dismantled during former President Donald Trump’s term.

Trump had campaigned on replacing Obamacare, though as Biden claimed Friday, Democrats campaigned hard in 2018 to prevent that from happening. In his speech, he warned that the GOP will go after their health care if they gain the congressional majority.

I guess if you count the states of denial, confusion, delusion and disaster that his Regime has caused he just might be on to something.

Rep. Lauren Boebert, R-Co., blasted Biden for the apparent gaffe, tweeting, "Joe Biden now says there are 54 states. I guess if you count the states of denial, confusion, delusion and disaster that his Regime has caused he just might be on to something." 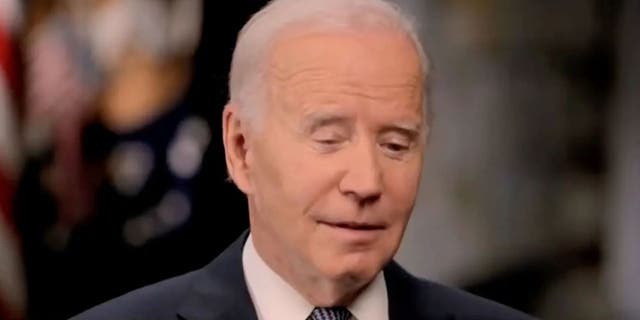 RealClearPolitics president Tom Bevan mocked Biden and former President Obama – who once claimed there were "57 states" in a speech – in his tweet, stating, "Looks like we've lost 3 states since 2008!"

Actor and Hollywood conservative Rob Schneider tweeted, "Biden says there are 54 states in America. Next speech he will explain the 81 million votes…"

Conservative comedian Terrence Williams lamented over the gaffe, tweeting, "Joe Biden said he’s been to 54 states. Jesus Help us all."

And lawyer and conservative radio host Jordan Sekulow tweeted, "The leader of the Democrat Party and unfortunately for us, the President."

What people think of when Biden speaks.

LOL! The sad part, no one would be surprised if he actually did this.