“End of the quote. Repeat the line.” Such is the senescence of the 46th president of the United States that when he is not flat-out misspeaking, it is because he is reading the cues as he stumbles through the see-Jane-run prose of White House speechwriters. Like life at 79, the teleprompts come at you fast.

We must bear this in mind when assessing how consequential it may be when the putative leader of the free world misspeaks. We gasp, yes, but it is probably not as damaging as one might fear.

Alas, that realization induces as much pang of regret as sigh of relief. The bully pulpit is among the American presidency’s greatest assets when exploited with competent confidence. There was a time, not so long ago, when a president of such gravity called for the Berlin Wall to be razed, and it actually did come down in due course, along with the evil empire whose crumbling he’d had the vision to see coming.

Nowadays, though, presidential rhetoric is as apt to trigger eye-rolling as execution of a coherent plan.

Biden recently read his cue card directions instead of his speech.AP/Andrew Harnik

As with nearly everything befalling his train wreck of a term (which has “just” 30 months to go!), Joe Biden is guilty more of accelerating a corrosive trend than of causing it. He entered office notorious for his gift of the gaffe, a thin-skinned lemming so dull that when one of his presidential bids was torpedoed by a plagiarism scandal, it turned out he had chosen another mediocrity — former British Labour leader Neil Kinnock — to steal from.

Through a half-century of rhetorical misadventure, Biden has never been taken seriously — including by President Barack Obama, who, confoundingly, plucked Biden from the scrap heap to be his running mate after serving with him in the Senate … and famously slipped an aide a “Shoot. Me. Now.” note he’d scribbled during one of Biden’s logorrheic discourses. (Obama discouraged Biden’s yen to succeed him in 2016 and did not back the 2020 presidential bid until Biden had the nomination sewn up, even then cautioning Democrats, “Don’t underestimate Joe’s ability to f- -k things up.”)

It is not just Biden but the presidency itself whose power to persuade, and just as important to instill fear in rogue regimes, has suffered diminution. Donald Trump supporters concede that their man is not to be taken “literally,” an epithet etched in stone even before two fraudulent months of post-election “stop the steal” claptrap triggered a riot at the Capitol — and it should not be ignored that Trump’s apparently imminent third bid for the presidency is premised not merely on maintaining the fiction but on making adherence to it a litmus test of loyalty.

Still, the former president’s apologists maintain that foreign powers had to take him “seriously,” despite the innate mendacity and numbing effects of his unhinged Twitter tirades. There is something to this. Candidate Trump might have ripped Obama on social media for dispatching American troops to Syria without congressional authorization, but that hardly meant President Trump would not bomb Syria without congressional authorization as a warning to Bashar al-Assad and Russia that his “red lines” against the use of chemical and biological weapons, unlike Obama’s, were not just vapid news copy. 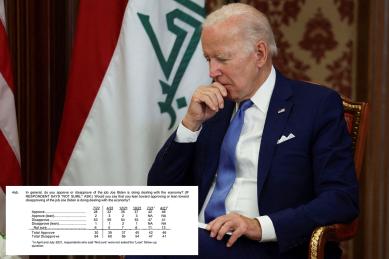 This contrast, more than his incoherence, explains Biden’s problem. Enemy regimes proceeded cautiously with Trump not only because his instability and tendency to dissemble made him unpredictable, but because he was just aggressive enough, and just dismissive enough of the progressive international order, that the rogues figured he (and the hawks around him) might just take out an Iranian terror master, such as Gen. Qasem Soleimani.

Trump’s words might not have carried much weight, but his populist preference for lightning displays of might over long-term entanglements did.

Biden, by contrast, is a captive of transnational progressivism, where red lines are just preliminaries to new red lines, and talking (and talking, and talking) is an end in and of itself. The international media are in thrall to the urbanity and nuance of these “citizens of the world,” but the hard men can’t help but notice that when they take Crimea, nothing of real consequence follows the preening recriminations, unless you count the West’s lining up to buy more Russian oil and gas while strangling its own energy producers.

This default position against acting in America’s vital interests, this insistence on being perceived as a team player on a dysfunctional team, rather than as the essential nation willing and able to lead, is what makes Biden’s verbal missteps and the paralysis they signal such a vulnerability.

During a press conference, with Russian divisions encircling Ukraine, Biden — making like a pundit instead of a president — jaw-droppingly observed that Moscow would face limited risk if it proceeded with a “minor incursion,” since the United States and its allies would inevitably “end up having a fight about what to do and not do, et cetera.”

Did the president’s insouciant display of fecklessness provoke Vladimir Putin’s invasion? Unlikely. Biden, with eyes to see and access to the best intelligence, had also cavalierly noted that Russia “probably” would attack, and that’s because Putin was patently poised to do so after very costly preparations.

Yet the Kremlin still had to decide whether to go big or go small. After Biden’s gaffe, Putin went big: trying to swallow Ukraine whole rather than merely securing the grip he already held on the eastern border territories. Putin, it is fair to surmise, calculated that if Biden would not even play the game of feigning opposition to any incursion and warning vaguely about retribution, he could afford to indulge his grand ambitions. 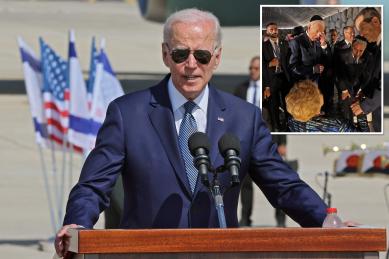 Putin may have been more swayed, months earlier, by Biden’s shameful surrender of Afghanistan to the Taliban. The president withdrew a modest commitment of forces in a manner that obviously endangered Americans, rendered the US-backed government in Kabul unsustainable, and ensured that the Taliban and its allied jihadists would overrun the country. Yet in July, with the collapse imminent and obvious, Biden took to a podium and laughably insisted that Kabul would hold and a Taliban takeover was “unlikely.” This was followed by an embarrassing administration campaign to portray the new Taliban regime as reformed and pragmatic, even as it executed Afghans suspected of collaborating with Americans and reimposed suffocating Sharia strictures.

In themselves, Biden’s words are meaningless. Of that, there is no better testament than the soles of his advisers’ shoes, worn away by the speed and regularity with which those words are walked back.

Of course a government’s failure to speak clearly and credibly in defense of its interests can do harm. The mutual misconstruals by the Japanese and American governments of their counterparts’ words and intentions in the weeks before Tokyo’s attack on Pearl Harbor are legendary.

Did the British “invite” Hitler to invade Poland by expressly guaranteeing only its “sovereignty” rather than its “territorial integrity”? Did the Truman administration “greenlight” North Korea’s invasion of the South when Secretary of State Dean Acheson’s Press Club speech omitted Korea from its description of Truman’s “defensive perimeter” in the Pacific? It is easy to overstate the effects of seeming rhetorical missteps. History and its revelation of previously secret intelligence files generally show a multitude of factors and interests in play when regimes make momentous decisions.

It should matter when an American president speaks. But more than in words, credibility lies in a president’s demonstrated commitment — by behavior, by policy — to America’s vital interests. Even if there’s no hope for Biden, that means the bully pulpit can recover … with the right president. 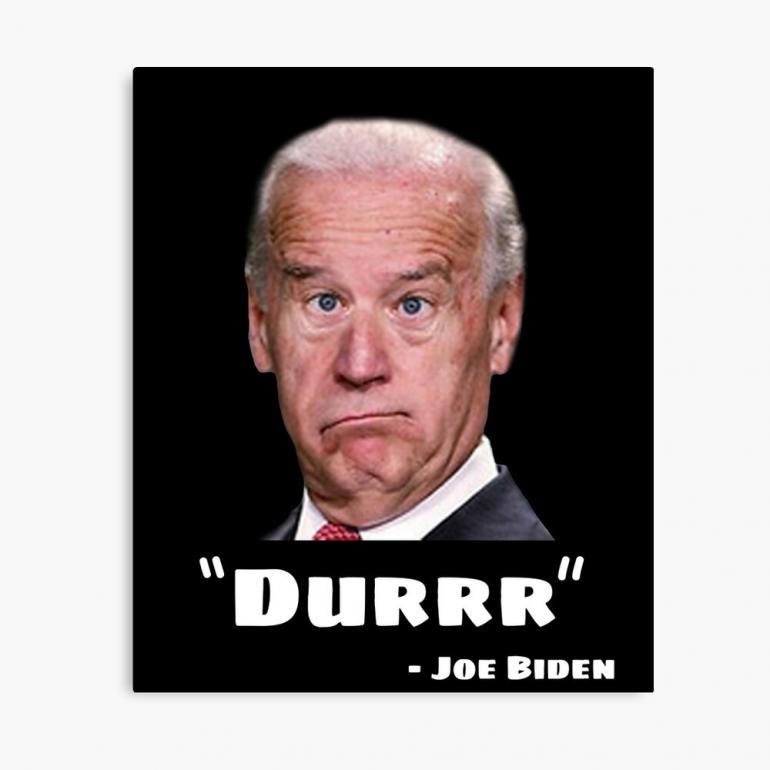 Joe is dropping like a rock in the polls in the US, but Russia and China say he is the best president they ever had. Meanwhile, instead of focusing on the damage Biden and the dems are doing to the country, the left keeps desperately trying to deflect by yelling "Trump".