Joe Biden has once again cut and run from D.C. to go on vacation as multiple crises explode all around him with special attention on the horrifically botched drone strike that killed numerous children in Afghanistan instead of an ISIS terrorist.

Biden arrived by helicopter at Gordons Pond State Park in Rehoboth Beach around 1:25 p.m. on Friday for his second trip to his Delaware beach home as president. He plans to spend the weekend there with his wife Jill according to Delaware Online. There are no other items on his agenda.

He left the White House before noon on Friday, hours before the Pentagon embarrassingly admitted that their drone strike in Kabul on Aug. 20 had killed ten innocent civilians including seven children instead of taking out an ISIS-K militant as originally claimed, according to the Daily Mail.
Fox News host Sean Hannity tore into Biden for continuing to ignore multiple crises and then heading to Rehoboth Beach for the weekend. He commented on Americans still trapped behind enemy lines in Afghanistan and the fact that Biden is nowhere to be found.

“At this hour, Biden is not working around the clock to secure their release, he is not at a command center working on a solution. Instead, he’s enjoying another long weekend off in Delaware,” the host of “Hannity” said.

“Someone in the administration needs to remind Joe that he’s the President of the United States – he needs to get off his a– and get to work,” Hannity declared. “If he’s too weak and frail and slow to handle the job seven days a week, he should step down and retire because right now… there are serious crises on multiple fronts.”

The Pentagon had been tracking an innocent aid worker, mistakenly identifying him as a terrorist. Then the Pentagon took him and his entire family out with a Hellfire missile.

“Our investigation now concludes that the strike was a tragic mistake,” declared the head of U.S. Central Command, Marine Corps General Frank McKenzie. No one has been held to account for the monstrous “oops” incident. For weeks, the military spun the story that it was a righteous kill, taking out a suicide bomber. Now, they claim it was just a tragic mistake.

“I am now convinced that as many as 10 civilians, including up to seven children, were tragically killed in that strike,” McKenzie concluded.

“Moreover, we now assess that it is unlikely that the vehicle and those who died were associated with ISIS-K or were a direct threat to U.S. forces,” he added. “It was a mistake and I offer my sincere apology.”

“I offer my profound condolences to the family and friends of those who were killed,” McKenzie groveled. “The strike was taken in the earnest belief that it would prevent an imminent threat to our forces and evacuees at the airport. But it was a mistake and I offer my sincere apology, as the combatant commander, responsible for this strike and this tragic outcome.”

The strike was reportedly ordered by the commander of the over-the-horizon strike team, who has not been identified.Biden initially crowed over the kill.

“We struck ISIS-K remotely, days after they murdered 13 of our service members and dozen of innocent Afghans. And to ISIS-K, we are not done with you yet,” he proclaimed during a speech. He has said nothing now that it has been revealed that innocent Afghans were killed and not an ISIS-K operative.

The Pentagon is allegedly considering reparations for the family of the victims, according to the Daily Mail.

Also taking place on Friday, France recalled their ambassador for the first time in history because they were left out of the AUKUS security pact that was made between the U.S., Australia, and the U.K. Australia canceled a $90 billion submarine contract with France and instead turned to the United States in the deal.

Biden’s very bad day continued as the FDA announced it would not recommend COVID booster shots for the general population. They will only recommend them to those 65 and older or those at high risk of severe illness.

And the hits just kept on coming as Biden was slammed for the gathering of approximately 12,000 mostly Haitian illegal immigrants in a squalid camp at the border in Del Rio, Texas. 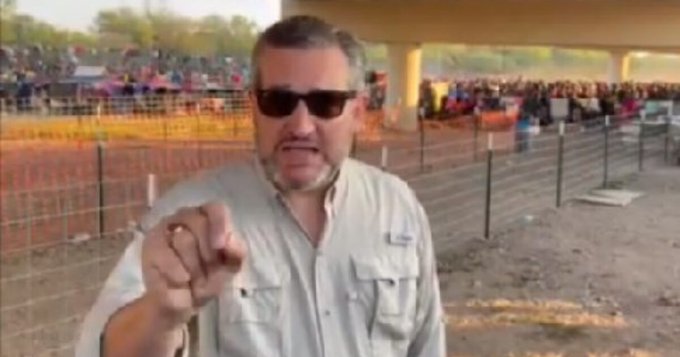 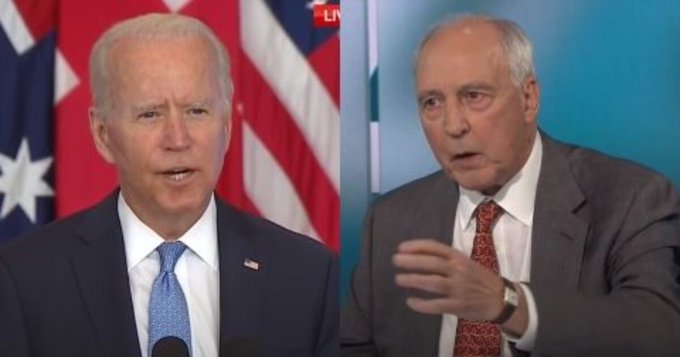 Joe Biden has once again cut and run from D.C. to go on vacation.

The picture of 'Nero fiddling while Rome burned' comes to mind. The faster America rids itself of Biden and the Marxist scourge, the better. FB equates Conservatives with terrorists
23 hours ago
School Board Covered-up Student Rape, Had Father of Victim Arrested to Keep Him Quiet, Then Labeled Him a Domestic Terrorist
24 hours ago