What a pack of sad sacks! 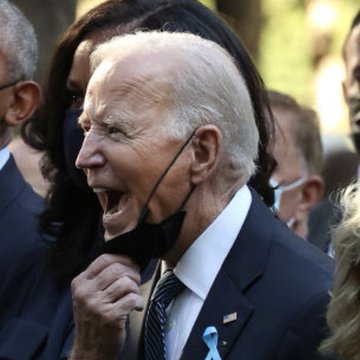 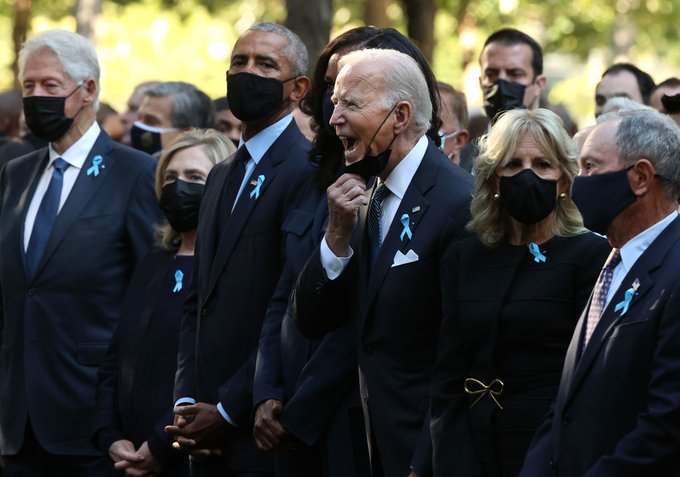 Joe Biden attended the 9/11 memorial on the 20th anniversary of the attack at Ground Zero yesterday morning with his wife, Jill, the Clintons, and the Obamas.

This was a day of great remembrance, the marking of a horrible attack on American soil that took so many lives and led us into a war for 20 years to ferret out the terrorists behind it. A war that ended with Joe Biden creating a debacle — leaving Americans and Afghan allies behind, leaving behind a terrorist state that we are going to have to address at a later date.

But there was a picture of his visit there that had everyone talking. It wasn’t a contemplative picture during those solemn moments. It was an odd picture that clashed with the solemnity of the occasion, of him taking down his mask and yelling at someone.

It’s not clear who he was yelling at. But it is clear what he did, that he took down his mask in the midst of a crowd and yelled, obviating the alleged purpose of the mask. It’s something he’s done before, even taking down his mask to cough into his empty hand, and then placing his hands on a podium and putting his mask back up. It’s like he forgot the script that he’s supposed to be delivering on, when he does these things. And it tells us that someone really doesn’t believe in its worth when they do these things.

It’s a picture that completely sums up Biden in one shot: empty gestures and incoherence. Just a very bad place for Joe Biden to be, once again, Joe Biden. 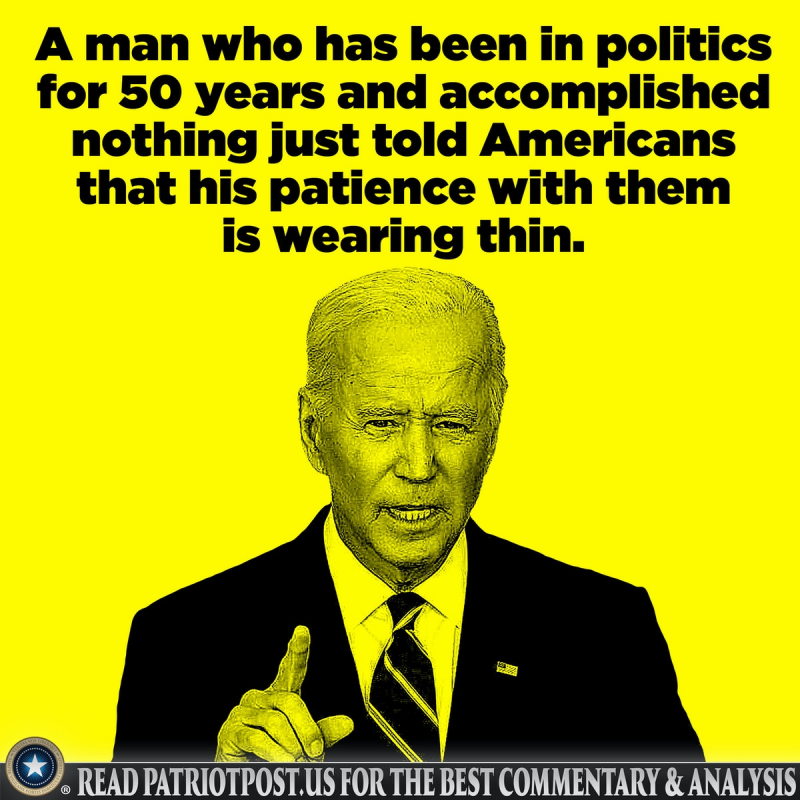 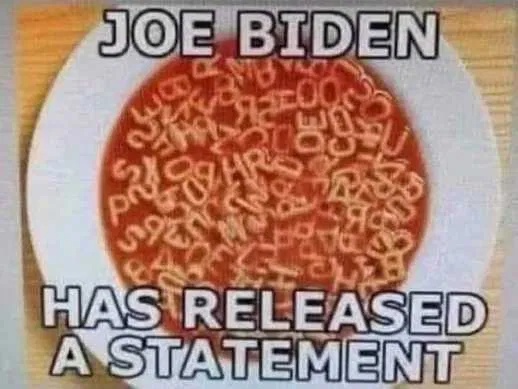