Antifa thug Gage Halupowski has been sentenced to six years in prison after beating a man’s head with a baton during a protest in Portland earlier in the year.

Halupowski took a deal and pleaded guilty to one count of Assault in the Second Degree, while avoiding other charges that included Unlawful Use Of A Weapon, Interfering With A Peace Officer, and Attempting To Commit A Class C Felony. His jail booking profile also lists Resisting Arrest and Attempting To Assault A Police Officer.

The incident happened on June 29th, the same day as the Andy Ngo attack.

A 24-year-old man who hit another man over the head with a baton in June during dueling downtown Portland demonstrations was sentenced Friday to nearly six years in prison.

Gage Halupowski pleaded guilty to second-degree assault in connection with the June 29 attack on Adam Kelly outside The Nines Hotel along Southwest Morrison Street. Halupowski was identified as one of several masked, black-clothed demonstrators seen on video hitting and pepper-spraying Kelly after he appeared to come to the aid of another man who’d been attacked during the protests, authorities said.

Multnomah County Deputy District Attorney Melissa Marrero said Halupowski hitting Kelly in the back of the head with an expandable baton was “completely unexplainable, completely unavoidable and didn’t need to happen.”

She said Kelly and Halupowski both were lucky that Kelly survived his injuries.

Defense attorney Edward Kroll said Halupowski made “a really terrible decision” and that Kelly didn’t deserve what happened to him, but the attorney believed the agreed-upon 70-month prison sentence was “one of the harshest sentences I’ve seen for someone with no criminal background and young age.”

Marrero disagreed with Kroll’s assertions, saying she felt the charges and sentence were appropriate based on the severity of Kelly’s injuries and Halupowski’s strike. She said first-degree assault, which carried a potential 90-month sentence, and riot charges were initially considered in the case.

The prosecutors also said another person has been indicted and more people are under investigation in the same attack and other incidents stemming from the June demonstrations.

“My office has individuals charged on both sides of the political spectrum,” Marerro said. “We are not picking sides based on political affiliation, political views or anything like that.”

Halupowski didn’t give any statements while in court Friday. Kelly sat in the gallery behind him. His bald head bore several scars. He declined to comment after the court hearing.

Additional charges of unlawful use of a weapon, attempted assault of a public safety officer and interfering with a peace officer were dropped as part of Halupowski’s plea deal.

Court documents show that a Portland police officer saw Halupowski hit Kelly, followed him and pointed him out to other officers who helped arrest him. He was accused of punching another officer in the arm while being taken into custody. 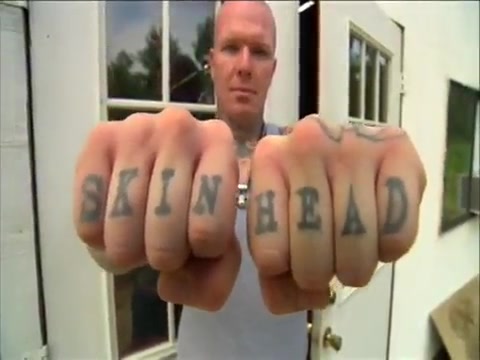 Good deal...he's about to meet one of these and then find out just how bad he isn't.

Something for the Trump Cry Babies.
16 hours ago
Biden warns 'we're likely to lose another 250,000' Americans from coronavirus 'between now and January'
16 hours ago

'Tis the season for grifting
17 hours ago

When does the Insanity Stop?
1 day ago
Slogans
2 days ago

After years of attacking Trump and his supporters, Democrats now ask for unity
2 days ago

Those statues...
2 days ago