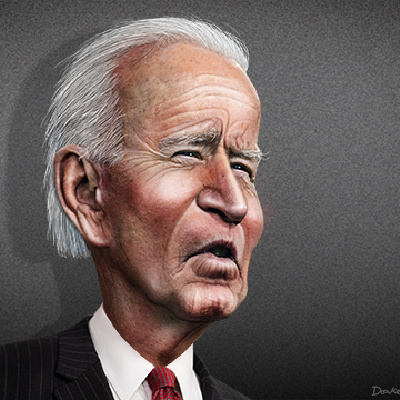 Joe Biden arrived in England ahead of the G7 Summit which begins today (Friday). Dementia Joe’s teleprompter gave a speech about Covid-19 vaccines and took no questions from the press. He also met British Prime Minister Boris Johnson and his new wife. All indications are that the British are not impressed with Joe. Well, it’s not like they didn’t really know.

Joe Biden campaigned from his basement, and since his inauguration, has done one highly scripted press conference. During that one press conference, Joe relied heavily on note cards. Even the Dem friendly Washington Post is noticing that Joe Biden hasn’t had another press conference 77 days later.

Before Old Joe met with PM Johnson, he caused a commotion when he ordered one of our diplomats to scold the Brexit minister over Northern Ireland. From the New York Post:

The meeting is Biden’s first with a foreign leader abroad since taking office and will seek to underscore the “special relationship” between the UK and US.

But the meeting was overshadowed by a report in The Times of London that Biden ordered a top US diplomat to scold Johnson’s Brexit minister ahead of the trip over Northern Ireland policy.

Biden aides anonymously denied that the US president ordered the dressing-down of a top Johnson deputy.

And, from the Daily Beast:

On Thursday, the first day of the G7 summit in England where Biden is making his first foreign trip as president, their worst fears were realized. The Times of London reported that Biden ordered his top diplomats to dress down British Prime Minister Boris Johnson for “inflaming” tensions in Northern Ireland over his post-Brexit trading demands.

According to the report, Yael Lempert, America’s most important diplomat in Britain, issued a formal diplomatic reprimand to one of Johnson’s ministers, in which she expressed Biden’s personal “great concern” over the prime minister’s trade threats. Notes from the meeting said Lempert “slowly and gravely read her instructions [from Biden] aloud.”

The disagreement is a technical one, but one that has dominated press coverage in the run-up to the G7 summit because of its effect on a key component of the artery-pummeling British breakfast: sausages.

Stay in your lane, Joe. And, by the by, if you have never had those delicious British breakfast sausages, you should. Arteries, be ****ed.

The British are a little sensitive about Boris Johnson’s third marriage, but Joe is an insensitive creep. From the New York Post again:

Biden, 78, walked past Johnson with a beaming smile on his face.

Turning to Johnson, Biden told him, “We have something in common, man. We both married up!”

Biden, who often makes uncomfortable remarks during his interactions with women and girls, returned to the topic of Johnson’s third wife later while addressing reporters indoors.

I don’t know about you, but I think the Belfast Good Friday agreement is going to bring up bigger issues and Joe should stay the freak out. Leave British sausages alone. Just so you know, expect reams of slobbering press over DOCTOR Jill’s “LOVE” jacket.

In England, the Labour Party (Yes, they spell it wrong.) is the Liberal party and the Tory Party is the more conservative. This tweet tells you what’s really going on behind the scenes. 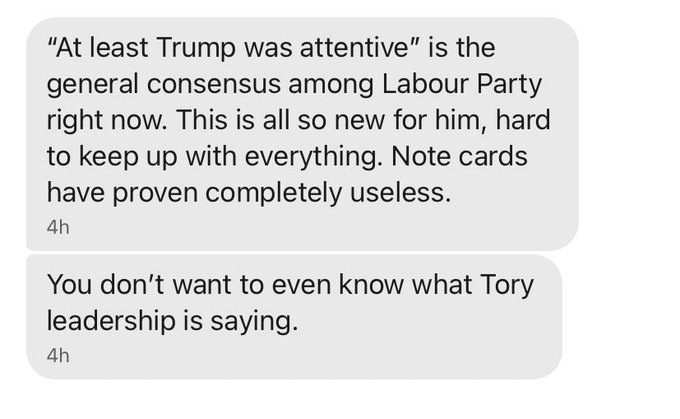 Stiff upper lip, British cousins. You only have to deal with Dementia Joe for a few days. Can y’all imagine what Putin is going to do to this senile old man?

This is just one of many erratic, inexplicable statements that the addled Biden has made...talking to a nursing home worker.

“I had nurses at Walter Reed hospital who would bend down and whisper in my ear, go home and get me pillows. They would…actually breathe in my nostrils to make me move, to get me moving,”

Sign In To Reply
Post
'3rd Continental Congress' to convene
3 hours ago
480 arrested in Capitol riot case, including at least 53 who have served in the military
4 hours ago
You can 'thank' a Democrat
4 hours ago
Horrible, Bigot, Murderer
4 hours ago
Putin asks who shot Ashli Babbitt, accuses U.S. of arresting MAGA protesters for political persecution
5 hours ago