CDC has been caught using a variety of tricks, including manipulating data and employing underhand research practices in order to hide the deadly side effects of vaccines.The Centers for Disease Control and Prevention (CDC) has been exposed by senior scientists and vaccine critics for their unethical modus operandi, as questionable practices have become “the norm and not the rare exception.” According to an article in the Annals of Clinical Pathology, CDC has been caught actively suppressing of important research findings on vaccines including its Universal Varicella Vaccination Program.According to an independent computer scientist, there is a “collusion” between CDC and its local public health partner to center "undesirable" chickenpox outcomes from the public. 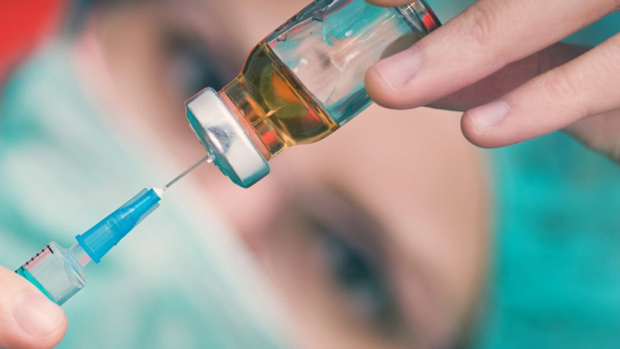 Natural chickenpox (caused by the varicella-zoster virus) used to be a normal childhood experience prior to the 1990's, the disease actually helped with long-term immunity.Back in 1995, the CDC added the chickenpox vaccine to the childhood vaccine schedule for 12- to 15-month-old children. In 2006, acknowledging the problem of waning vaccine effectiveness, it indicated that four- to six-year-old children needed to get a second (booster) shot. CDC Doctor: Catastrophic Flu Shot Has 'Triggered A Deadly Flu Outbreak'Following natural chickenpox infection, the virus remains latent in the body.

If reactivated later in life (usually in immunocompromised adults), the virus resurfaces in the form of shingles (herpes zoster or HZ).Before the introduction of the vaccine, the high prevalence of natural chickenpox in communities served to hold shingles in check for most adults by regularly boosting a type of immunity called cell-mediated immunity.In fact, a 2002 study showed that exposure to natural chickenpox in adults living with children “was highly protective against [herpes] zoster.”

Those authors cautioned that mass chickenpox vaccination was likely to cause a major shingles epidemic and predicted that shingles would affect “more than 50% of those aged 10-44 years at the introduction of vaccination.”Before and after the introduction of the vaccine, researchers also warned of the vaccine’s potential to shift the average age of chickenpox infection upward—a problematic scenario is given that chickenpox is more severe in adults—while shifting downward the average age at which shingles occurs.From predictions to realityThe Annals author was hired as a research analyst in 1995 by the Los Angeles Department of Health through the CDC-funded Varicella Active Surveillance Project.

For reasons specific to the project’s self-contained geographic locality, the project benefited from unusually high-quality data and “uninterrupted and stable data collection.” Thus, the research analyst found himself ideally positioned to monitor the rollout of the chickenpox vaccination program from its inception and assess its outcomes—both positive and negative.Initially, his sole mandate was to analyze varicella data. In 2000, however, after anecdotal reports began trickling in from school nurses about “unexplainable increases in the number of cases of HZ…among school-aged children,” the analyst persuaded the CDC to add active surveillance of shingles to his duties. In short order, this dual surveillance effort revealed two clearly negative consequences of the varicella vaccination program:

Widespread chickenpox vaccination had “accelerated the recurrence of shingles in children who had had natural chickenpox” to rates higher than those published “in any historical study.”Previously, “such high HZ incidence rates were…associated with older adults, not children.”The mass varicella vaccination program also had “increased the likelihood of shingles recurrence in adults.”Neither finding was palatable to the public health agencies eager to publicize their vaccination program as an unmitigated success.

Let's look at some truths here, shall we?

1. This article states it takes its information from the Annals of Clinical Pathology, but Publons says it can't verify the veracity of the publication.

2. The article states that Herpes Zoster (Shingles) usually occurs only in immuniosuppressed individuals. Nothing could be farther from the truth. The longer one lives and the more stress one has, the more likely one is to develop shingles if one has had Varicella Zoster (Chickenpox). No chickenpox, no shingles!

3. The article states, and truthfully so, that there is a small increase in shingles in adults due to the current lack of naturally occurring chickenpox. Yet the heath risks to adults caused by shingles is much less than the risk to children caused by chickenpox. In other words, everything in life is a trade off, and this one is very one sided. Also, once the population who experienced chickenpox is no longer extant, this will no longer be a problem.

4. Finally, the article states that Johns Hopkins has called for an independent panel on vaccines. This isn't because of flawed CDC data so much as eroding trust in that organization. What does Johns Hopkins think about vaccines?

Rep. Waltz to Newsmax TV: Shoplifters Given More Due Process Than President
17 hours ago

Separated at birth
1 day ago