If there is one thing that horrifies and absolutely tears liberals apart it's Trump achieving another victory.  If the killing of the #2 leader in Iran actually leads to the overturning, and fall, of the current Iranian regime just as Reagan's statements led to the eventual fall of the Wall in Berlin, then you can bet on two things happening.  They will never give credit to Trump and they will always find some way to spin it as something bad.

Democrats are vested in defeat for anything good for America and are doing all they can to undercut President Trump at every move.  Their overt and immediate steps to attempt to limit Trump's powers, specifically with respect to Iran, do more to embolden Iran's regime than anything else.  They want to give credit to the Swiss trying to say Iran didn't hit back harder because of efforts of the Swiss to mediate rather than the more likely fears, of Iran's leaders, that any further killing of Americans would lead to the eventual destruction of their own regime.

Now it seems that internal dissent from within Iran seems emboldened and energized by Trump's attack and this very well could lead to the eventual change of leadership within Iran.  As I said though you can bet Trump would never get credit.

The libs are already going nuts because they know they're going to lose in the 2020 elections.  And they know that they don't have one single candidate that's anything but a nut.

All they had to do is come up with a moderate candidate--one with some common sense.  But the really far outs have somehow wrestled control.

What's scary is when one of them gets elected nationally.

They have already lost their minds. It is dangerous to be around a democrat if they know you're a Republican.

Have you guys seen how crazy the left has gone once more...this time over a picture of snow at the WH?

What scares me is that eventually a far left democrat is going to be President.  And if the House & Senate are majority dem, we're dead ducks.  Makes me want to welcome a moderate dem into the political play.

What scares me is that eventually a far left democrat is going to be President.  And if the House & Senate are majority dem, we're dead ducks.  Makes me want to welcome a moderate dem into the political play.

Your point is well taken as the moderate Dems have either changed to Republicans or have all been replaced with far-left radicals and worse even the left-leaning liberals are being threatened by the extreme left, socialist/Communistic leaning AOC/Squad type members who have decided to primary even established liberals just because of their age and because their positions are right of extreme left.  The only hope is to start getting the Democratic party changed from the inside.  The problem with that is the number of extreme members are so entrenched and numerous that it is the left/liberals that have to be rescued first then attempts to start establishing some moderates.

Either way, it's most likely a moot point because all the power will be yielded, soon, by the extreme, Barney Sanders, AOC/Squad members of the party.  I think the only thing that will stop that is for those extreme members to be primaried themselves and defeated or eliminated from within the party by the Pelosi types that are still left making sure that they cannot put themselves into positions of power or decision making.  Even that might not keep them from prevailing because it seems that the media is there pushing them along and making sure they get the oxygen in the room.

Jack HammerOld Faithful
Democrats at one time were somewhat America oriented for it's best
interest. No longer the case, they now look for a one world government
to protect and supply them from crib to grave.
Somewhere along the way they lose their free will or human nature,
same thing, The today's Dems aren't your mama's Democrats.
1/15/209:15 AM
❤️ 0

Jack Hammer posted:
Democrats at one time were somewhat America oriented for it's best
interest. No longer the case, they now look for a one world government
to protect and supply them from crib to grave.
Somewhere along the way they lose their free will or human nature,
same thing, The today's Dems aren't your mama's Democrats.

I believe that the main danger is that many, today, are using the Democratic party as a means to an end and the end is a different (totalitarian) America which is Marxist and where elections are no longer relevant, Government is all-powerful and the Constitution is but a fond memory in many citizen's minds.

I don't think we are close, at this time, but I do believe that there is a core group from within the Democratic party that is using the party to propel themselves to a feasible position of total control and manipulation of the citizens.  The sell is one of a soft sell ultra benevolent position where the Government is all caring and exists to take care of the people (servants) and everyone is equal (until they aren't).  Freedom is a negative thing in that by virtue of being free some will excel and advance whereas others will be left behind because they don't do that which is necessary to advance.  When you have enough in control then the trap is sprung and elections are eliminated as they are no longer needed as the Government makes decisions for the whole.

Those who initially subscribe to those who advocate socialism or even Communism do so blindly as it is concealed within a cloak of fairness and equality only once it takes control it is all-consuming and any and all conflicting threats are eliminated and control is enforced at the end of a gun and millions are murdered/eliminated through a process of failed re-education.  As was mentioned, back in the 1960's the process of taking over the Nation comes from within not without.  The educational system is of prime importance as is control and manipulation of the media.  The liberals and those espousing socialism have achieved and secured the educational avenues and they promote their doctrines and deceive many by reconstructing (revisionist) History and elimination of teaching the benefits and strength of freedom, capitalism and the history of our Nation.  Children are taught that our History is replete with injustice and racism and we have achieved what we have through manipulation and injust means.

Thus I believe that the Democratic Party has become the vehicle that many who actually seek to take over the Nation and eliminate our freedoms guaranteed through and by the Constitution, and the Constitution itself, are using.  Many of those within the party are going along with them blind to what has happened to their own party over the last 40 or so years.  It's similar to the example of frogs in a pot of slowly warming water who are lured to their death in a slow process of ever-increasing heat. 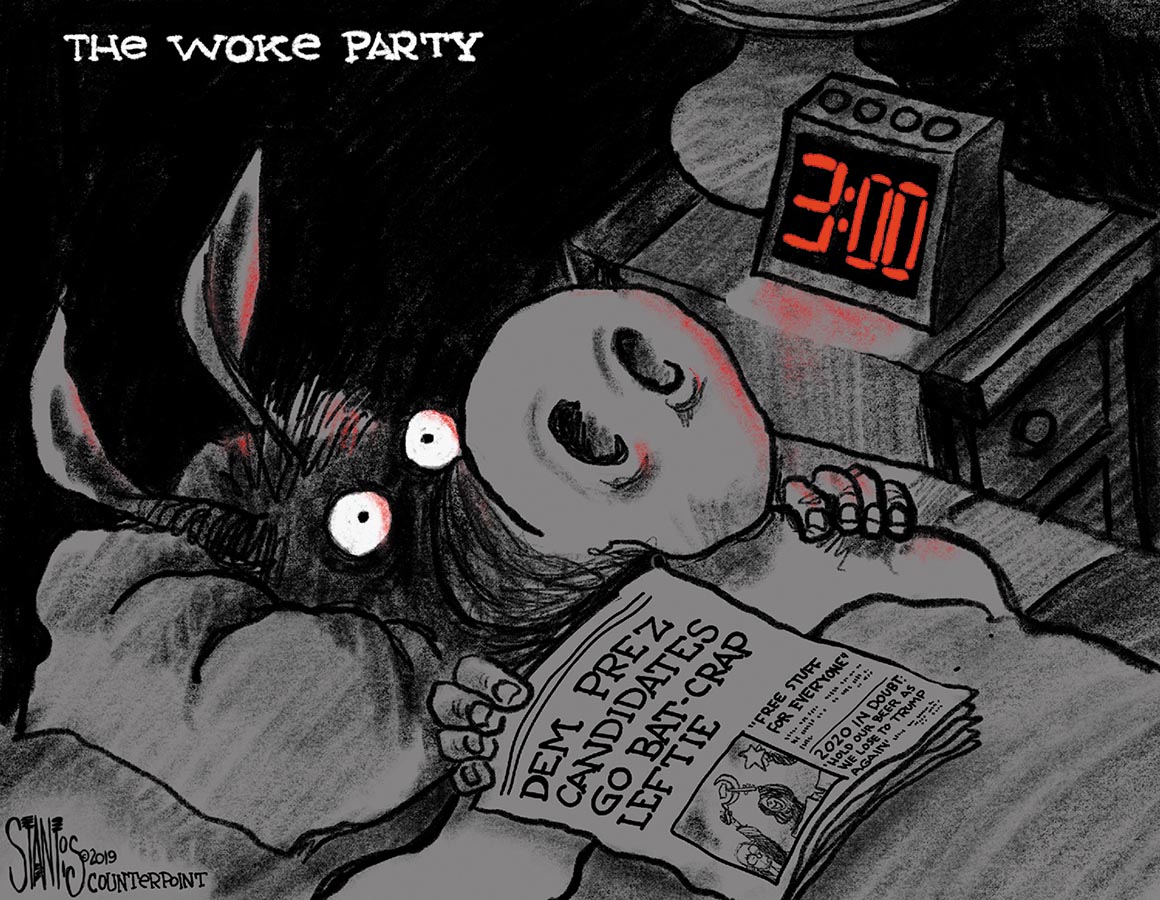 This is the weirdest high school sports discussion I've ever seen.

Miss. Gov fires back at Biden for insulting ‘Neanderthal’ comment: Thanks, but we ‘don’t need handlers’
2 days ago