When you see the video it is CLEAR the girl had no intentions of dropping the knife. She was shot as she raised her arm to stab the girl in pink that she had shoved up against the car. 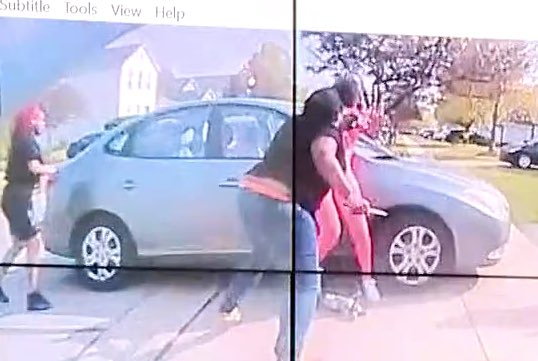 As America reacted to the news that a jury found former Minneapolis Police officer Derek Chauvin guilty of murder and manslaughter in the death of George Floyd, the social justice cabal that has held the country hostage for much of the past year shifted its focus to the death of a 16-year-old black girl in Columbus, Ohio.

Following a now familiar script, those who continue to push a contrived narrative of racist police intentionally targeting black Americans ran with emotion and facts that proved not to be true, claiming the teen, identified as Ma’Khia Bryant, was unarmed and gunned down needlessly.

Body-cam footage from the officer who shot Bryant captured the scene, showing that the teen had what appeared to be a large knife in her hand and was in the process of trying to stab a young female — multiple news outlets reported that she “dropped the weapon before she was shot multiple times.” The Columbus Police Department was responding to a call of someone attempting to stab others. Upon arriving, Bryant was reportedly seen tackling a female to the ground before charging toward a young female up against a car while raising her arm in a stabbing position. It was at this point that the officer fired several shots, fatally wounding the aggressor.

The teen’s mother, Paula Bryant, spoke with a local news reporter and said her child was a “very loving, peaceful little girl”

Ads by
“She was a very loving, peaceful little girl, she was an honor-roll student and Ma’Khia had a motherly nature about her. She promoted peace,” the mother said.

The Ohio Bureau of Criminal Investigation is investigating the incident, according to Fox News.

With emotions already on edge due to the trial in Minneapolis — the incident occurred just after the Chauvin verdict was announced — interim Police Chief Michael Woods said during a press conference late Tuesday that they rushed to release the bodycam footage.

“We took some unprecedented steps tonight,” Woods said. “We’ve never been able to release video this fast, but we thought it was important to share with the community, to be transparent about this incident, to let them have some answers that we can provide tonight.”

He added that officers are authorized to use deadly force to protect themselves or a third party.

Still shots of the footage suggest the officer did save the life of the other female.

The shooting prompted a small angry crowd to protest, despite the fact that a life may have been saved by the cop’s actions.

A bullhorn-equipped brigade of Black Lives Matter activists were soon on the scene, driving emotion as they gathered outside the Columbus Police Department well into the night, as seen in the video below:

Of course, there was plenty of misinformation being spewed by the regular suspects.

Black Lives Matter co-founder Bree Newsome found it “frightening” and unacceptable that a police officer in Ohio would shoot and kill 16-year-old Makhia Bryant while she was trying to stab another girl to death with a knife.

The officer’s body-cam footage shows him arriving on the chaotic scene as Bryant was wielding a knife and going after another girl in a fight. She charged at the girl next to a car with her arm up, knife in hand, ready to stab her. At that point, after warning Bryant to stop, the officer fired multiple times, fatally wounding her.

The media and activists immediately started claiming that Bryant was unarmed and just an innocent, sweet girl. But the video shows exactly what she was doing. Newsome unbelievably seized on the tragic incident to posit that teenage knife fights were normal and that the police had no business interfering.

Newsome tweeted: “Teenagers have been having fights including fights involving knives for eons. We do not need police to address these situations by showing up to the scene & using a weapon against one of the teenagers. Y’all need help. I mean that sincerely".
She continued to berate police over the shooting: “Everyone should be frightened that the ruling white elite have done such a thoroughly successful job of not only disconnecting us from the means of basic self-sufficiency but also convincing us we need armed white officers to manage our children & communities. Frightening.” And ended with: “FRIGHTENING level of oppressive conditioning. Absolutely frightening.”

Newsome also defends rioting and looting: “I’m definitely in the camp of defending rioting & looting as a legitimate, politically-informed response to state violence,” Newsome said last week. “I’ve tweeted on this topic many times & I’m always willing to engage people in good faith discussion of why I hold that position.”

Noted D-celebrity Kathy Griffin echoed Newsome’s belief that a casual neighborhood knife fight was nothing to call police about, writing: “WARNING. How in the hell does this police officer think it’s a good idea to fire shots blindly into a group of teenagers having a fight. Yes one of them has a knife. Oh, that never happened in your school or neighborhood? She didn’t deserve to die. 16 years old.”

The reaction to Newsome’s telling police to not get involved in a knife fight among teenagers was harsh, to say the least. 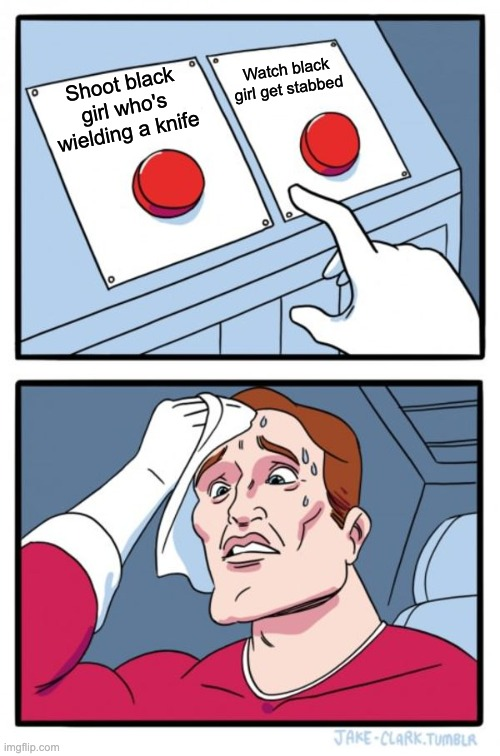 BLM is well on their way to opening up a 'race war' in America, and they are TOO STUPID TO SEE that THEY are being used as 'useful idiots' by The Swamp to advance their agenda of TOTAL and ABSOLUTE CONTROL over our lives.