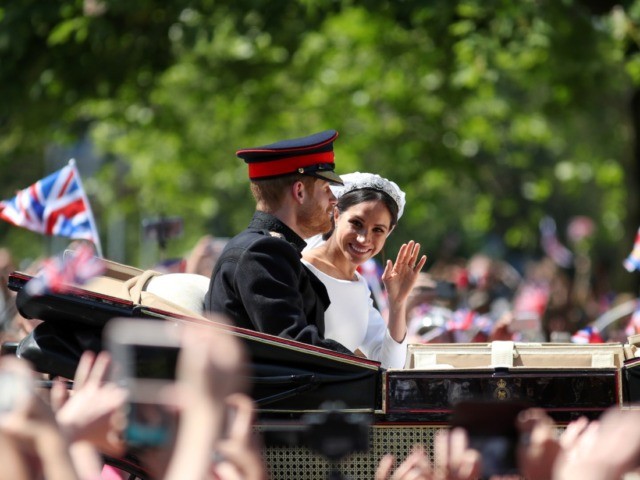 Prince Harry and Meghan are quitting the UK because of ‘racism’. Or so claims a particularly ludicrous opinion piece in the New York Times.

“Black Britons know why Meghan Markle wants out,” is the headline.

Her treatment has proved what many of us have always known: No matter how beautiful you are, whom you marry, what palaces you occupy, charities you support, how faithful you are, how much money you accumulate or what good deeds you perform, in this society racism will still follow you.

The piece’s author Afua Hirsch is an author and academic with a track record of race-baiting polemic.

Born a child of privilege into an upper-middle-class family, privately educated, blessed with good looks, intelligence and an Oxford University degree, Hirsch is an implausible poster child for black victimhood.

Yet this is how she has chosen to make her career – first with a misery memoir Brit(ish): On Race, Identity and Belonging, much admired by progressive critics of a self-hating white persuasion, later writing articles for the Guardian.

In 2017, she outdid herself by arguing that Nelson’s Column should be torn down from London’s Trafalgar Square because it was an ‘offensive’ monument created, she claimed, by ‘white supremacists.’

She now teaches journalism at the University of Southern California.

But not the kind of journalism, clearly, that pays much regard to facts.

There is simply no credible case to be made that Megan Markle’s departure from Britain has anything to do with ‘racism.’ On the contrary, both the Royal Family and the British public have been at pains to make this brash newcomer welcome, despite her weapons-grade sense of entitlement and her apparent unwillingness to do more than the barest minimum to fit in either with Royal protocol or the duties that come with the privilege of her newly acquired wealth and her rank by marriage.

Hirsch’s entire argument is based on desperately strained inference and heavy-hinting innuendo, finding needless offence where none could possibly have been intended.

Some of these examples are shot down here by Tom Slater at Spiked:

There’s that Mail piece from 2016, when Harry and Meghan were first dating, that said she was ‘(almost) straight outta Compton’ – at the time Markle’s mother lived in nearby Crenshaw, LA. Hirsch says this was an attempt to link Meghan with ‘racialised forms of crime’, ie gangs.

That’s one hell of a reach. The piece was clearly just playing on the difference in Harry and Meghan’s social backgrounds. If Harry had been dating a white working-class woman from Moss Side, I dare say the Mail would have done something similarly silly.

Another favourite is that weird throwaway line Rachel Johnson wrote, in a laudatory piece on Markle, about the mixed-race American actress bringing some ‘rich and exotic DNA’ to the pale Windsor bloodline. That’s more cringey than racist.

As I’ve written before, most Britons were not even aware of Megan Markle’s mixed-race heritage until she and her supporters and publicists started banging on about it. No one cares because Britain is a country largely comfortable with race and black people are well integrated.

There were no claims of racism when they were dating and planning to be married. Odd how that works.

I can't help but think of  Meghan as "Debbie" in the "Addams Family Values" and Harry as "Fester".

Since our forum Republicans love cartoons so much....
14 hours ago
Adulting...
15 hours ago