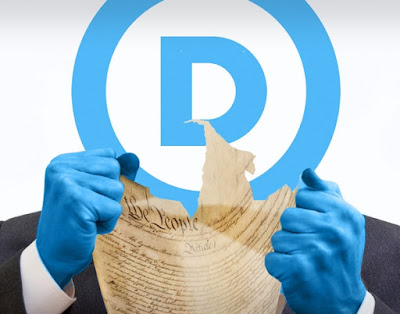 Dems...always looking for ways to shred the Constitution.

Impeaching President Donald Trump in the final days of his presidency would violate the Constitution, according to legal expert Alan Dershowitz on Newsmax TV.

Democrats are planning to impeach Trump, who addressed a rally of supporters in Washington, D.C, on Wednesday. Later that day, demonstrators protesting the election results attacked the Capitol.

"You can condemn, you can attack, you can refuse to vote for, you can do all of those things which are politically available to you, but the one thing you can't do is use the law, which is impeachment, on something which is protected by the First Amendment."

In saying the Capitol rioters should be prosecuted for the violence, Dershowitz added the president cannot be blamed for their actions.

"[Impeaching the president] would do more enduring harm to our Constitution than even the horrible rioters did, although they are strongly to be condemned and I’m very glad they're being prosecuted to the hilt," Dershowitz said. "It’s part of the core theory of the First Amendment that you prosecute the actors, you don’t prosecute the speaker.

Dershowitz, who has said he would be willing to defend the president should Trump be impeached, expressed long-term effects if the Democrats proceed with their plans.

Dershowitz explained the House can impeach a president "in one day" and then send articles  of impeachment to the Senate, where a defendant would be entitled to put on a defense. Of course, the party that controls the Senate would decide the extent of a defense allowed.

"That would violate due process, it would violate core beliefs and presumptions of innocence but this is political and it has become very partisan," Dershowitz said. "The end result would be grave, grave damage to our Constitution for what? To force a president out five, six days, three days before a peaceful transition."

Remember when lefties stormed into and occupied a Senate office building in 2018 and the Wisconsin State Capitol in 2011?
3 hours ago

Since our forum Republicans love cartoons so much....
7 hours ago
Biden To Reestablish Diplomatic Relations With ISIS
18 hours ago

Why the Left Has to Suppress Free Speech
23 hours ago

Obama on Joe Biden: 'Don't Underestimate Joe's Ability to **** Things Up'
2 days ago