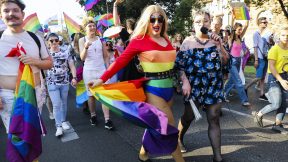 The goal is simply a world of and for leftists.

Brussels will not tolerate conservative Christianity, particularly when expressed as pro-family values and a rejection of sexual deviancy in Viktor Orbán’s Hungary and Andrzej Duda’s Poland. London will not tolerate little Englanders’ resistance to the destructive hedonistic cosmopolitanism of the kind criticized by both G. K. Chesterton and recently by Victor Davis Hanson. Ottawa will not tolerate the western Canadian provinces’ industrious, independent spirit and their antipathy for ecosocialist interventionism or for Quebec-favoring redistribution schemes. Washington will not tolerate Texas’ refusal to sanction the murder of unborn children with Down syndrome by predatory eugenicists or its fight to defend its own borders. The mainstream media will not tolerate the speech of the duly elected president of the United States, but will extol the virtues of a treasonous general who usurped civilian powers over the military, and behind closed curtains, formed a military dictatorship.

The same people who argue that diversity is our strength, that hate has no home here, that love trumps hate, and favor greater tolerance in Western nations, tend to be the same who will not tolerate any ideology but their own; the same who see democracy as functional only if it is achieving their ends. These people reject as authoritarian or insurrectionist any democratic effort, institution, or person advancing an alternate view to the Left’s.

Contradictions abound. The intolerant Left calls for tolerance. The conformist Left calls for pluralism. Those leftist, global elites ruling by fiat call for more democracy. The Left, and members of their statist subset, appear to be contradicting themselves or are at the very least guilty of hypocrisy, assuming they mean what they say or that they intend to act in accordance with their prescribed behavioral norms. Alas, they don’t and they won’t.

As was argued by a handful of the maladjusted French neo-Marxists whose insidious works inspired the Red Khmers to stain Cambodian fields with one-third of that nation’s blood in the late 1970s, existence is reducible to power, its imposition, and its exchange. What are power exchanges but battles, and that series of exchanges but a war?

As the forces of leftism have made clear, having murdered over 100 million people in the 20th century alone, all is fair in war. The gulag, the gas chamber, the concentration camp, Castro’s paredón, the Killing Fields, Katyn forest: the leftists behind these crimes against humanity reckoned that they would be judged not according to the antiquated bourgeois morality of yesteryear but on the basis of the progress they might secure towards their version of the Left’s utopian end—a purely eschatological justification.

Granted that the Left’s chief proponents understand that they are fighting a war—against norms, against faith, against family, against all obstacles to their exercise of total power—living in contradiction is child’s play. Hatefully persecuting their opponents while sloganeering “hate has no home here” or championing tolerance while tearing down alternate viewpoints, or going to a salon maskless while forcing everyone else to wear one and stay home is par for the course. There is nothing they cannot or will not say, do, or destroy to win, and upon winning, there is no law they will not break.

They’ll tear down your statues. They’ll rewrite your history. They’ll burn your books. They’ll shutter your church or your synagogue. For the Left, there are no limits and there are no universal rules.

While the Left takes no issue with massacring innocents, the path of least resistance—which is to say, the easiest way and not a route elected for its relative humanism—in the West runs along a cultural vein. After all, why would you bayonet what you could alternatively convert? The form this cultural warfare has taken could be called (and has been called) cultural imperialism. Unlike past forms of imperialism, for the most part, here swords remained sheathed and, so as not to excite those targeted whose lives and lifestyles are being gutted, pounds of flesh are taken but no blood is leaked.

In most definitions of cultural imperialism, there is the suggestion that the culture promoted or enforced derives from a dominant nation or source; and that the population targeted is weaker. In the case of the Left’s culture, it is the least of all: a ******* spawn from the French Revolution at war with the good and with the truth, and constantly at war with itself; a Luciferian catch-all for the rotten ideas of murderers, eugenicists, blood-soused utopians, and madmen. Why it spreads and why it catches is important to touch upon.

Notice the trend: the left, guilty of that for which they demand rectification and or sick of that for which they demand remedy, uses the resulting action as a bludgeon against their foes. They castigate those who fail to play by the rules they themselves have discarded; or obey the traditions they themselves think outmoded; or follow the laws they ignore.

What, for instance, has Biden not done in the past several months that President Trump was accused of and threatened with impeachment over? The Right has (and has always had) the moral high ground, but that altitude will never be recognized, except when there is a slip downhill, which will be construed into a landslide by the Left’s apparatchiks. Meanwhile, those election-stealing, warmongering abortion profiteers, tirelessly incentivizing the destruction of the nuclear family and lording over slums like their forebears’ slave plantations, feign superiority and paint themselves as the guardians of humanity’s flame. The Right tries to play it straight and keep score, but the Left makes up the rules of the game as it sees fit.

The second part about what makes the Left’s cultural imperialism particularly effective is the strategic benefit their hive-mind has over their nebulous foe(s). The self-professed conservative arch-liberal Erik von Kuehnelt-Leddihn noted that “all political or social forms that are inspired by the idea of equality will almost inevitably point to the concept of identity and foster the herd instinct, with subsequent suspicion, if not hatred, for those who dare to be different or who claim superiority.” Of course, here he is not referring to equality before the law, but spiritual equality, physical equality, intellectual equality; to all those things that cannot be made equal but through coercion, and even then only cosmetically. In Grimm’s retelling of Basile’s Pentamerone, Cinderella’s wicked step sisters hacked away pieces of their feet in order to fit into her glass slipper. That is what striving for equality beyond legal recognition looks like: bloody and unnatural (two words we can also use to describe the Left).

The equality that the Left pursues, like the equity it seeks to impose via social engineering, legal coercion, and political force, concerns chiefly equality of vision: where one vision is the same as the other, such that all visions are aligned or all are made equally blind.Sure, the left—like the Ouroboros—is constantly eating itself. The Jacobins ate the French Revolution’s Girondinist tail. The Bolsheviks ate the Mensheviks. POUM was devoured by Stalin’s NKVD. The key here is not that the Left has trouble with purges, but that it purges perceived foes with such ease, caprice, and swiftness. That is to say the Left has no trouble drawing arbitrary lines and destroying everything opposite, whereas the Right does better drawing meaningful axes and crosses.

Fight fire with fire is a popular idiom, one that should not be applied here. After all, if the Right emulates the Left to weather and withstand its cultural imperialism, that imperialistic effort will have proven successful. The Right must instead dig in its heels, reaffirm its underlying beliefs, buttress them financially and socially, and recognize that the Left plays by no rules. Moreover, the Right needs to recognize this for what it is: a war. Clausewitz said “War is the continuation of politics by other means.” Cultural imperialism is the continuation of war, killing what bullets and bombs cannot: the memory, will, and spirit of a free people.

If men and women of conscience are keen on preserving diversity of thought, liberty, and the greatest civilization ever to grace this planet, then they must recognize that the only equality the Left can or will ever produce is equality of vision, and that’s tantamount to mental slavery and submission. Furthermore, they must recognize that the leftist pressure to live by lies and to conform can come from anywhere: from Big Government, from Big Tech, from Big Business, from Big Pharma, and from your neighbors. You are unique and made in the image of God. You have inestimable value, not as a node on some dehumanized collective, but as an individual. Your voice is worth being heard and your ideas engaged, not policed or censored.

The world is better with essential—not incidental—diversity. Therefore, you cannot allow yourself to become the cement for some unholy monolith of undifferentiated flesh. Don’t aid the Left in dynamiting mountains to fill up the valleys such that there are only plains left. Resist sameness sought for the sake of sameness, and when you see good people making a positive difference, thereby differentiating an institution, a city, a country or a state, question and or combat Leftist efforts to stop them. "When a friend's  daughter was about 12 or 13 she decided she was gay. Her parents told her she could be gay, BUT she could not have girlfriends, could not show affection to girls in public or private, and of course could not date. I think it lasted about six months, boys were 'icky', then some little handsome Romeo came on the scene and rocked her world. She's 21 now, in college, dating a guy she met in college, and it looks like that could lead to marriage. She laughs about her "gay" declaration now and says she had NO idea what it was all about, it just sounded 'cool' at the time. This is the problem with kids, they can not possibly know at such young ages what road they will actually end up following! Good Lord, even I can remember thinking things were 'cool' that now I see definitely aren't and weren't then. We have little kids, barely out of the toddler stage, that think they are the opposite sex. I do believe that has a lot to do with mommy wanting a girl or dad wanting a boy. I have seen two little girls raised as boys, and had a gay man tell me his Mother and Grandmother made him gay.  It's appalling that their parents would even consider helping these kids  'transition' at such young ages. It's child abuse pure and simple". 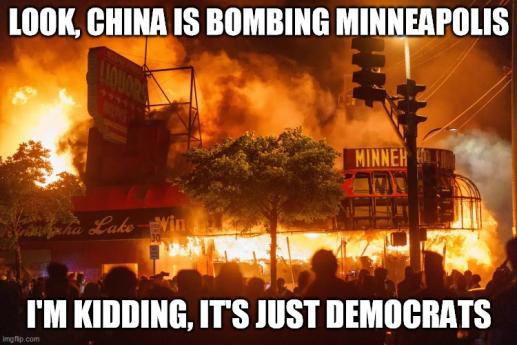 FB equates Conservatives with terrorists
23 hours ago
School Board Covered-up Student Rape, Had Father of Victim Arrested to Keep Him Quiet, Then Labeled Him a Domestic Terrorist
23 hours ago