President Biden's policies not only are killing Americans, they are directly enriching the cartels.

On December 15, 2021, President Biden released an Executive Order related to global drug trade and stated, “I find that international drug trafficking — including the illicit production, global sale, and widespread distribution of illegal drugs; the rise of extremely potent drugs such as fentanyl and other synthetic opioids — constitutes an unusual and extraordinary threat to the national security, foreign policy, and economy of the United States.”

If that’s true, then why is Biden leaving the border wide open?

And don’t try to argue it’s not. There have been over 1.2 million migrants apprehended over the last 6 months, and close to 1 million got-aways have illegally entered the country during this administration. We don’t know who these “got-aways” are, where they came from, what their intent is for being here and who sent them.

As the Border Patrol is conducting migrant processing on an unimaginable scale, the cartels are taking complete advantage of the vulnerabilities and are blitzing the country with people and drugs.

Last weekend, I participated, with hundreds of family members from around the country, at the Lost Voices of Fentanyl annual rally in Washington, DC, to spread awareness and save lives. The common question amongst the grieving families was “why is the White House silent” about this devastating crisis that’s killing almost 300 young Americans per day. The parents can’t understand why there isn’t any public service announcements or drug education. The Mexican cartels are killing more Americans than any other terrorist organization in the history of the country. No action is taken.

Thankfully, there is a bipartisan movement in Congress with Lauren Boebert (R-Colo.), and Tim Ryan (D-Ohio), to support the Families Against Fentanyl’s declaration of fentanyl a weapon of mass destruction.

This administration has talked so much about the misery inflicted on migrants being bused into Democrat controlled cities, but that is nothing compared to the unimaginable misery being wrought by the total lack of border security.

Biden’s policies not only are killing Americans, they are directly enriching the cartels. The group is making billions not only from their deadly drugs, but their human smuggling and sex trafficking operations. The Drug Enforcement Administration seized enough fentanyl last year to kill every American. 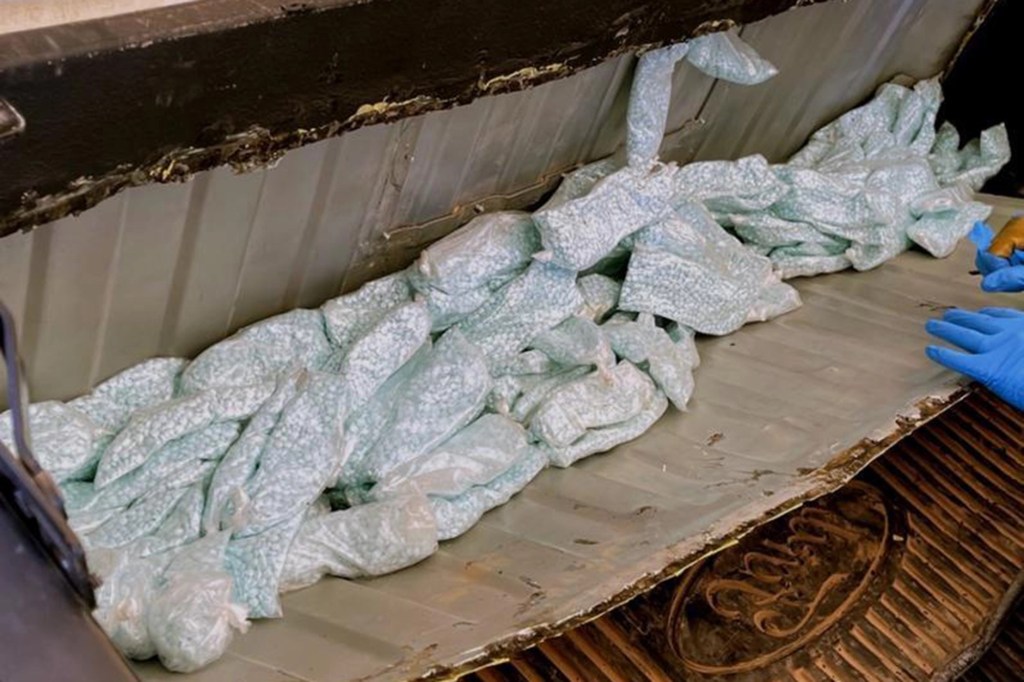 Recent statistics from the Orange County, California Sheriff reveal that fentanyl related deaths spiked 2,200% over the 5-year period 2016-2021. In fiscal year 2021, CBP seized 11,201 pounds of fentanyl and they already topped that amount in fiscal year 2022 with over 12,000 pounds in the first 11 months. Last year, DEA seized over 1 ton of fentanyl.

The White House needs to work with Mexican authorities to aggressively shut down the fentanyl processing labs south of the border, stop the precursor chemical flows from China to Mexico and shut down the money flow back to the cartels. American kids need to be educated. But most of all, our border must be secured — to stop this poison pipeline.

"American kids need to be educated".

The left is too busy grooming kids with drag shows and other perversions in schools to bother with educating them about drugs.

The Biden administration turns it's back on this.