Perpetrator was black...move along...nothing to see here...it's all Trump's fault.

Democrats including U.S. Rep. Ilhan Omar appear to be shifting the narrative following an attack on Capitol Police Friday that left one dead along with the assailant.

Police have identified the attacker as Noah Green, a 25-year-old from Indiana with links to Virginia who was also a follower of noted anti-Semite Louis Farrakhan and his Nation of Islam organization.

According to reports, Green used his vehicle to ram two officers near the Capitol Complex’s North Barricade, where members of Congress and their aides enter and exit.

Killed in the attack was 18-year veteran officer William “Billy” Evans, while the second officer was injured and hospitalized in stable condition Friday evening.

A Facebook profile believed to belong to Green, which has since been taken down, revealed that he was a follower of the Nation of Islam and that he viewed Farrakhan as “Jesus, the Messiah.”

The account, which was reviewed by Fox News before it was taken down, contained as its most recent post a 2009 video of Farrakhan in which he said Jesus was not the true Messiah and that Christian dogma was a lie.

“My faith is one of the only things that has been able to carry me through these times and my faith is centered on the belief of the Honorable Minister Louis Farrakhan as Jesus, the Messiah, the final divine reminder in our midst,” he wrote. “I consider him my spiritual father.” After he allegedly drove his vehicle into Evans and the other officer, Green reportedly lunged at other officers with a knife. Officers then shot Green, who later died at a Washington, D.C. hospital.

After details of the attack were released, particularly regarding the knife, some speculated on social media how bad the attack could have been if Green was armed with an AR-15-style weapon as a means of calling for more gun control.

“Imagine if today’s Capitol attacker had gotten out of his care not with a knife but with an AR-15. Imagine the police death toll. Just imagine. #guncontrol,” wrote MSNBC host Mehdi Hasan.

His tweet was quoted by left-wing podcaster John Iodarola, who added: “They love to pretend, in the abstract, that weapon choice doesn’t matter, but I doubt even these craven liars are willing to own up to their lie in any particular attack.”

And his post was retweeted by Omar, Minnesota Democrat. “Heartbroken to learn another CP was killed while protecting the Capitol. My thoughts and prayers go out to the officer’s family and the entire Capitol Police force. The death toll would have been worse if the assailant had an AR-15 instead of a knife,” Omar wrote.

Several conservative commentators clapped back at her and other Democrats’ attempts to shift narratives following several uncomfortable revelations regarding the alleged attacker and his ties.

“Had to make it about guns even though a gun wasn’t involved. It sounds like Omar wanted the attacker to have an AR-15,” Ian Miles Cheong added.

Following the attack, ties between several leading Democrats and Farrakhan began to resurface as well, which will likely lead to renewed scrutiny given that even the Southern Poverty Law Center, which leans to the left, describes the Nation of Islam as a hate group.

“Rep. Danny Davis, D-Ill, praised Farrakhan in 2018 as ‘an outstanding human being’ who ‘does outstanding things.’ Davis also said he wasn’t bothered by Farrakhan’s position on ‘the Jewish question,’” the outlet added.

In addition, freshman Georgia Democratic Sen. Raphael Warnock has also praised Farrakhan, saying in 2018 that the Nation of Islam’s “voice has been important for the development of Black theology.” 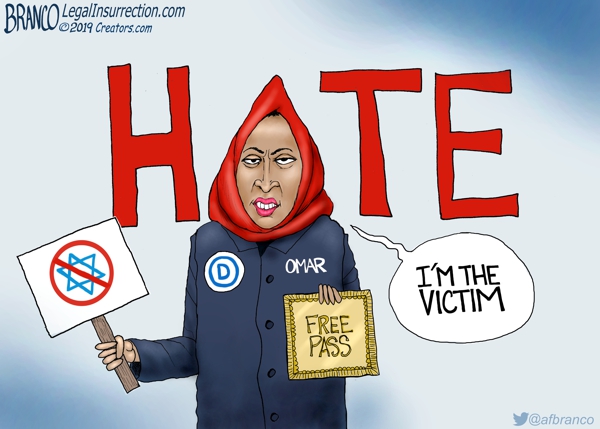 MSNBC erroneously reported Friday that the suspect in Friday's deadly car attack at the U.S. Capitol was a "White male."

"The question now is, what’s the condition of the Capitol Police officers who were injured when the man -- we’re told it was a White male that was driving the car --  when the man got out of the car and attacked the police officers with a knife," Williams told MSNBC anchor Katy Tur.

'Imagine' an America WITHOUT the Democratic Socialists we're currently plagued with!

'Imagine' an America WITHOUT the Democratic Socialists we're currently plagued with!

What a perfect world that would be.