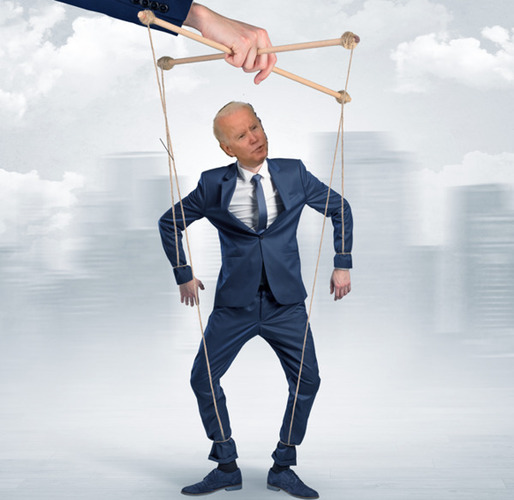 "He’s a cipher who is being handled by people who live in a fantasy world."

One of the best arguments for colonizing the moon and Mars is that there would be someplace to get away to when this world gets crazy. On the off chance that you haven’t been outside in while, I would like to pass along the fact that the world is, at present, a little Froot Loops.

If someone had written a novel describing the last two years, critics would have panned it as a dystopian effort that was just a little too over the top. Yet, here we are approaching the two-year anniversary of the Wuhan Chinese Bat Flu’s takeover of the United States of America.

A big part of that takeover was the installation of a weak-minded dullard puppet in the Oval Office.

How’s that working out for us?

We have allies and enemies acting up all around us and a president who only seems to be in charge when he’s licking an ice cream cone for his cheerleaders in the press.

The bad actors in the world tend not to misbehave as much when there is a strong president in the United States. No one on the planet is under the impression that Joe Biden is strong.

The saber-rattling is done and Putin is making his move, so where does that leave us?

Cameron wrote a nice breakdown yesterday of where we are. This was my favorite part:

The Biden administration has responded to the actions of Russia by placing sanctions on Donetsk and Luhansk. “President Biden will soon issue an Executive Order that will prohibit new investment, trade, and financing by U.S. persons to, from, or in the so-called DNR and LNR regions of Ukraine. This E.O. will also provide authority to impose sanctions on any person determined to operate in those areas of Ukraine,” White House Press Secretary Jen Psaki said in a statement. “To be clear: these measures are separate from and would be in addition to the swift and severe economic measures we have been preparing in coordination with Allies and partners should Russia further invade Ukraine.”

I guess Hunter Biden doesn’t have any ongoing business interests in either Donetsk or Luhansk. Or, as Comfortably Smug pointed out on Twitter, they might be done there:

Sure, he’s kidding but…

Over the years Joe Biden has liked to play the loose-cannon tough guy. It’s not believable. He’s just a spaz who lashes out because he’s not intelligent and anything challenging frightens him.

Of course, he’s mouthed off about Putin before. Matt reminded us of this gem from tough guy Joey Scranton’s ever-growing file of Bold Statements That Haven’t Aged Well:

We heard so much from the lefties about what Putin could get away with while Trump was president yet nothing happened. He did, however, annex Crimea while The Lightbringer was in office and now he’s acting up again while Obama’s idiot legacy is in office.

The world is never served well when a weakling is in the Oval Office. Biden is so much worse than that. He’s a cipher who is being handled by people who live in a fantasy world. 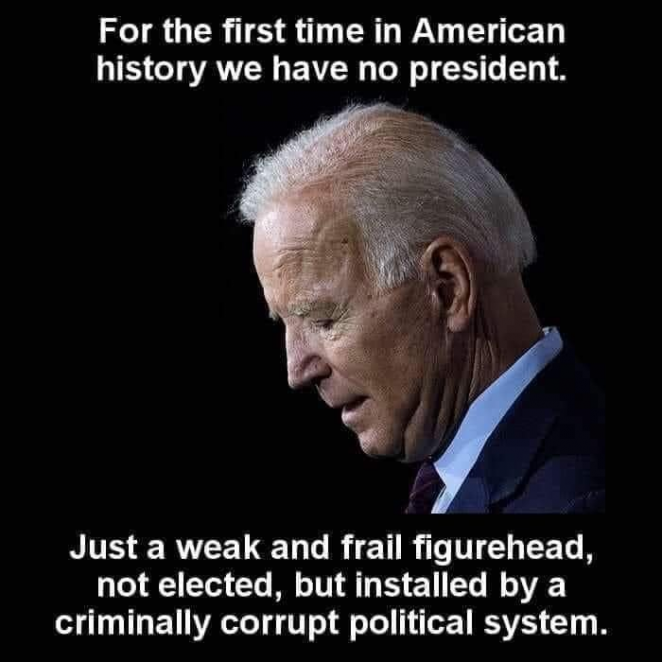 FJB is as useful as a wet diaper.

No one is ever satisfied with the President no matter WHO is elected. It’s always the same complaints and complainers every time. Face it, America is just a bunch of whiners.

The only corruption is in the Republican party. If you are watching FOX NEWS you are watching FAKE NEWS. The Republican Party LIES to the weak minded people they just want to GRIFT from. They will take your hard earned money to get elected, and then take away your FREEDOM and RIGHT TO VOTE. Just watch what they do, NOT what they say… and always FOLLOW THE MONEY.  You’ll see if you are smart enough.

Are YOU the President’s doctor? Stop spreading misinformation. That is what is wrong with America! People who do NOT check their statements to make sure they are TRUE, should NOT say anything! If you think Trump ever tells the truth, you need to talk to his niece and some other expert psychologist…

Are YOU the President’s doctor? Stop spreading misinformation. That is what is wrong with America! People who do NOT check their statements to make sure they are TRUE, should NOT say anything! If you think Trump ever tells the truth, you need to talk to his niece and some other expert psychologist…

It doesn't take a doctor to see what a mess Joe Biden is! I wouldn't talk about Trump not being truthful if I supported someone like Joe Biden.

No one is ever satisfied with the President no matter WHO is elected. It’s always the same complaints and complainers every time. Face it, America is just a bunch of whiners. thanks for outing yourself

thanks for outing yourself

Thanks for what? I've been on these forums for over 10 years... Just because you can't figure it out, doesn't mean anything...
If you think both parties are the same, you need a LOT of help, yourself.

look y'all!!! jutu is mad because i called her out, again.  now she's trying hard to save face. it's been a pleasure watching this unfold knowing how many folks on this forum have wasted time arguing with "robot unicorn"

You think I'm A. bestworking and B. mad.... hahahahahaha

Welcome to the 'world's most pitiful forum'. ... of which you're a posting member. bahahahahahaha! 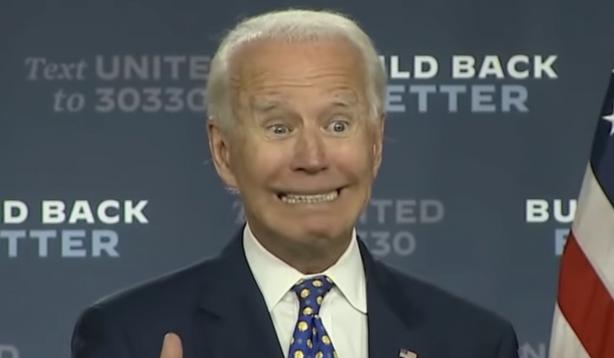 Captain Dementia has gone from a national embarrassment to a global danger in only one year. Dem Progress!

Captain Dementia has gone from a national embarrassment to a global danger in only one year. Dem Progress!

Ok, Super-genius.... what was it that got Trump impeached the first time? Gosh, was it withholding support for some country... gosh, what country was that again?
At the 2016 RNC, Trump held out to change Republican policy for what country? I'll give you one guess.... and it starts with a U.

RUSSIAN PROPAGANDA TV played a Fox New Entertainment segment .. .on air... during the invasion... with subtitles.
your chosen news was literally used for propaganda by the Russians... literally unchanged.
let that sink in, Republicans.

I just discovered that today is 'National Tell a Liberal to Shut the F*** Up Day'! 😁🇺🇸

That should be every day. 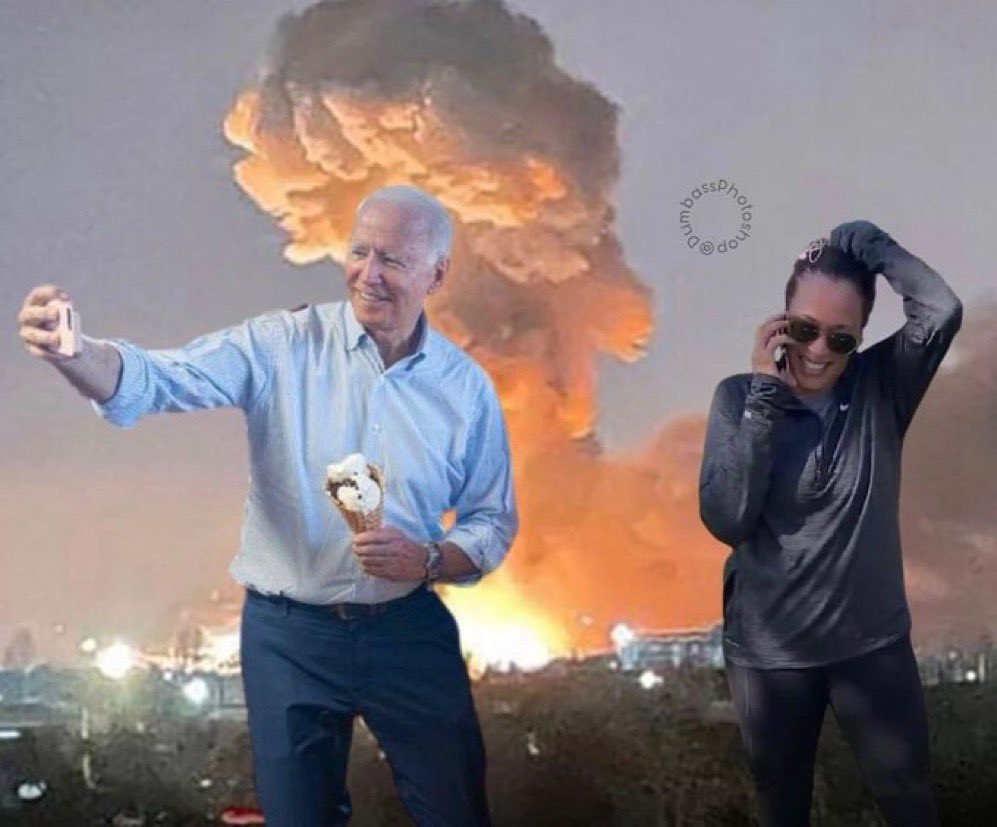 Great idea! A holiday in which it truly IS better to give than receive!