Wow. Would you look at the anguish on Jill Biden’s face?

This picture made the rounds on Saturday, and with good reason. A solemn moment commemorating the twentieth anniversary of 9/11 and there’s Joe Biden acting like a complete clown. I told my friend MJA  that it wasn’t Joe’s inappropriate behavior that first caught my eye; rather it was Jill’s anguish.

Even half hidden behind a mask, Jill’s anguish is hard to miss. But it’s an anguish of her own making.

Like Lady Macbeth, she pushed her senile, decrepit husband to run for President, struggled for over a year to minimize the likelihood of Joe making a public spectacle of himself by hiding him away in the basement. She got what she so longed for – a chance to live in the White House as First Lady.

And now the wheels are very publicly coming off the bus.

Try as she might, Jill can’t hide it anymore. Joe is coming apart at the seams. And at the most inopportune times.

Look at her face.

Look at the anguish and embarrassment as she turns away from her husband.

There is nothing dignified, measured or presidential about that old crock, and what’s more, Jill knows it.

Thanks to one photographer this is the image Americans will remember about Joe Biden on the twentieth anniversary of 9/11.

Not at all what the White House anticipated, is it?

Saturday was supposed to be the day Joe Biden had his victory lap over ending the war in Afghanistan. But the old man bungled it miserably. The Taliban took over, American service members are dead. In retaliation for their deaths, and innocent family was targeted and killed in a drone strike. And countless Americans remain stranded at the mercy of the Taliban.

With a victory lap off the table, the White House opted not to have the President of the United States address the nation on September 11 at all. Instead, they released a pre-recorded message the day before.

And from the look of that photo, it’s probably a good thing they opted not to let Joe speak.

He did talk briefly with reporters when he stopped in Shanksville. I read the transcript of Biden’s responses posted at the White House website. And let’s just say, it was a rambling, incoherent muddle.

The first reporter made the mistake of asking “Mr. President, what is going through your mind today, sir?”

Don’t ask a man with scrambled eggs for brains what’s going through his mind. Not wise.

Biden’s answer has to be seen in its entirety to be believed.

I’m thinking about my — for real, this is my fourth trip here. And I was thinking about a guy named Davis Sezna that I grew up with, who, like a lot of people, are probably having a tough day today. He — I was sitting at home watching television in 2000 and — 2000, in September, and I was watching TV, and my kids were in the swimming pool just outside, and — and all of a sudden came on TV this guy sitting on a bank in the — on the Delaware and Chesapeake Canal.

And he — and they said he just lost his son that ran into a beam that was coming up in the D&C Canal that had been there from another, I guess, dock. And his — he lost his 15-year-old son, Teddy. And he’s on the phone, and all of a sudden, my phone rings, and he’s calling me. It turned out to be my buddy, Davis Sezna, because he knew I had lost — anyway.

And so, it’s a tough day for him and everybody who’s lost somebody.

And, you know, I know you’ve heard me say it before, and I’ll probably get criticized for saying it again, but these memorials are really important, but they’re also incredibly difficult for the people who were affected by them — because it brings back the moment you got the phone call. It brings back that instant you got the news, no matter how many years go by.

So I’ve been thinking about him. I’ve been thinking of all the people I was — when I was down at the rock, talking to a number of family members who lost somebody. You know, think about it — talk about genuine heroism. I’m not talking about any — I’m not talking about the news media now. But think of all of you, if you’re on that plane, knowing two terrorists are in the cockpit. How many would say, “I got a good idea: Let’s go up and rush that cabin”? Even though you knew that probably they were going to do something and you were going to lose anyway.

But it’s one thing to say, “I know I should step up,” and another thing to do it. That’s genuine heroism. That’s not “on the margins.” That’s not “maybe you did a heroi-…” I mean, you know. And I just — I just think — I thought that President Bush made a really good speech today — genuinely good speech — about who we are. We’re not — the core of who we are is not divided. It’s just this notion of — I don’t know how to explain it.

I think, Jeff, I talked to you a little about this. I think the real issue for those kids that — just had a picture taken with — couple of them had Trump hats from last year — I think, for them, it’s going to be: Are we going to, in the next 4, 5, 6, 10 years, demonstrate that democracies can work, or not?

Because I had — just had a long — I’m not going to discuss with you now, but I had a long conversation with President Xi for over an hour and a half — not last night; the night before last. And I’ve had that one-on-one summit with Putin. And I’ve spoken with others.

There’s a lot of autocrats who truly believe that democracies can’t function in the 21st century. Not a joke. They think because the world is changing so rapidly and people are so divided, you can’t bring people together in a democracy to get a consensus, and the only ones that are going to be able to succeed are the autocrats.

That’s why it’s so **** important we demonstrate — everybody says, “Biden, why do you keep insisting on trying to bring the country together?” That’s the thing that’s going to affect our wellbeing more than anything else: how the rest of the world responds to us — knowing that we actually can, in fact, lead by the example of our power again. And I think we can do it. We got to do it.

And so it’s all tied. And meeting with these people — you know, I know you’re all tired of hearing me say, you know — a lot of good folks on Wall Street, but they didn’t build the country. Hardworking middle-class folks built this country, and the unions built the middle class. It’s about time we start showing them some real respect again.

And we do that — it’s more than just how it’s going to grow the economy in an exponential way near-term, but the rest of the world is going, “Whoa. How did he do that? I thought they didn’t talk to each other.”

Anyway, you asked what I was thinking. That’s what I’ve been thinking about today.

Did you understand a word of that?

And that was just the answer to the first question.

Midway through it, I had the same look of anguish on my face that Jill had on hers.

He answered three questions from reporters, and every answer was just as meandering. When asked about getting the country back to a state of unity, he whined about how much he’s attacked, complained about Trump, bragged about how he won his first election at the age of 29 — it just went on and on.

You can understand Jill’s anguish.

But it is an anguish of her own making.

She could’ve told her barely-there husband not to jump into the race. She and the family could have stopped this from happening. But they didn’t.

Now we’re all stuck with this guy.

This man belongs in an assisted living facility, not the White House.

Jill’s anguish has become our own. And for that, I hope she is miserable as hell. 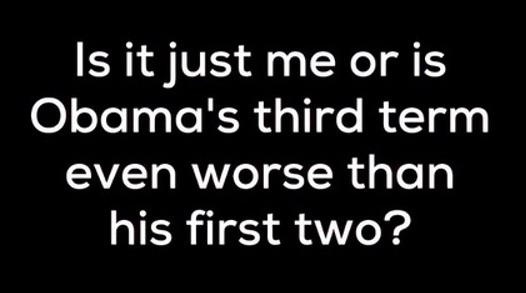