As RedState reported, Joe Biden and his handlers decided three weeks before the mid-terms would be the best time to double down on the left’s abortion obsession in the face of increasing political headwinds. Sure, it hadn’t worked thus far, but why not have another go at the brick wall, right?

By lunchtime on Tuesday, he had delivered his supposed landmark speech, and though it’s become completely cliche to say in response to Biden speaking publicly, things did not go well. I mean that without a hint of exaggeration. Things really, really did not go well.

For example, in attempting to compare abortion rights to gay marriage, this happened.

Biden: "The right that I pushed hard and I finally got changed to marry couples in the privacy of their bedroom."

You can’t do anything but shake your head. Yeah, Biden has always fancied himself a real-life Forrest Gump, with claims of being consequential to every major moment in modern American history, but is he actually trying to take credit for the Obergefell decision? On what planet did Biden himself get the law changed to legalize gay marriage? And how exactly do you change the law to get married “in the privacy of their bedroom?” Did he get his talking points mixed up?

But if that wasn’t enough fighting with the teleprompter for the day, Biden actually trying to pronounce “Obergefell,” and hoo boy, did he screw that up.

You see, Biden is so invested in gay marriage and knows so much about the topic that he can’t even pronounce the Supreme Court decision that legalized it.

Moving back to Biden’s justification for abortion, he then tries to cite the Ninth Amendment, and surprise, he screws that up as well.

BIDEN: "There's a thing called the 9th Amendment that says there's a right to privacy..."

For the sake of accuracy, here’s the full text of the Ninth Amendment

The enumeration in the Constitution, of certain rights, shall not be construed to deny or disparage others retained by the people.

And while I’ve got more to say about the political aspects of all this, I’ll go ahead and throw out the end of his speech.

Biden: "God bless you all, and may God protect our troops. Thank you. I'm sorry."

Biden: "I was apologizing for my back."

Does anyone believe that when Biden mumbled “I’m sorry,” he was actively thinking about his deceased mother being angry at him for talking to people with his back turned? Did he miss the part where he gave the entire speech in that position because that’s what you do at these kinds of speeches? In almost every single speech he’s given, Biden has had people behind him, but only this time did he feel the need to apologize. Does that sound plausible to anyone?

Conversely, the far simpler explanation here is that his brain went haywire again, he finally realized it after a long pause, and he wanted to come up with some way to make his remark appear sensical.

Then there was this after the speech, where Biden grabbed a girl’s hand and proceeded to hang onto it for an uncomfortably long period of time.

If you watch the full clip, you can tell the woman is confused by the president’s actions, though she’s no doubt a big supporter. After grabbing her hand, Biden starts to talk to other people but doesn’t let go. Her eyes begin to dart around as she smiles awkwardly, eventually leaving her staring off into the distance with a blank expression. It’s another incident of Biden not respecting the space of women, and every time he does it, it just comes across as creepy.

Regardless, let’s return to the politics of his speech. The news for Democrats has not been good in the month of October. Republicans now enjoy a comfortable lead on the generic ballot, and the economic environment is worsening as election day approaches.

With that being the scene, it is absolutely moronic for the White House to keep hammering away at abortion as the nation’s greatest problem when poll after poll shows it is not a top issue for actual voters. It’s the equivalent of hitting the gas as the car barrels toward the cliff. Democrats simply have no ability to adjust to electoral environments that don’t favor them on a fundamental level, and it’s showing big time this cycle.

Americans are about to go to the polls. Those who care about abortion as their top issue were never going to vote Republican anyway. Meanwhile, the vast majority of voters are far more concerned about gas prices and inflation. It is a peak-beltway syndrome for Democrats to keep obsessing over abortion at this point. Yet, it’s a welcome development for Republicans who are dominating on the issues that matter.

I can't count all the lies I have heard from democrats in the last few weeks. They are desperate. Hopefully independent voters don't fall for democrat lies. Also please don't vote libertarian. Although I would prefer many libertarian candidates, they don't get enough to win and just take votes from republicans. helping democrats.

I can't count all the lies I have heard from democrats in the last few weeks. They are desperate. Hopefully independent voters don't fall for democrat lies. Also please don't vote libertarian. Although I would prefer many libertarian candidates, they don't get enough to win and just take votes from republicans. helping democrats.

All they want to do is talk about Trump, who was probably the best president we  had since Eisenhower. 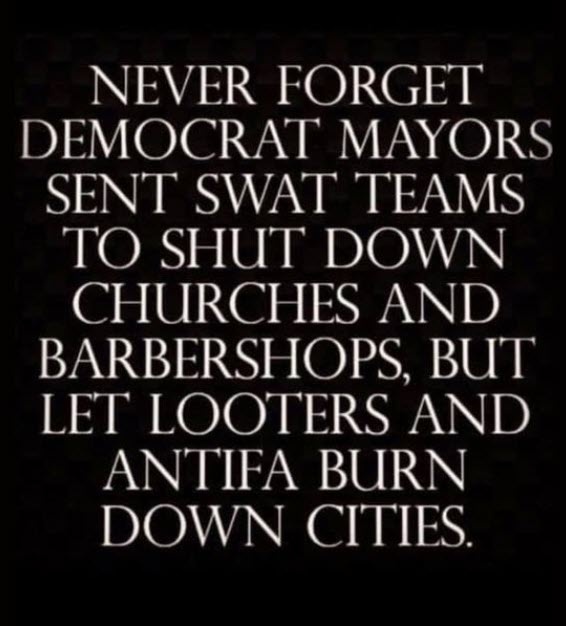