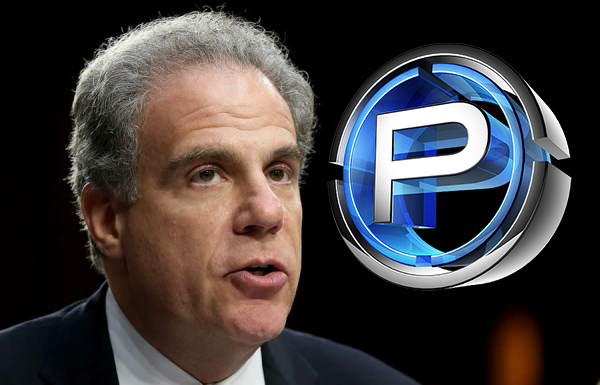 John Solomon: The 10 Most Important Revelations To Expect From The Russia Probe FISA Report

Next week Americans will finally get their most complete accounting to date of what the FBI did right and wrong in the Russia collusion investigation that probed President Trump’s campaign with a Foreign Intelligence Surveillance Act warrant at the end of the 2016 election.

Predicted to span more than 500 pages and 100 witness interviews, Justice Department Inspector General Michael Horowitz’s report Monday will provide a comprehensive catalog of what offenses, mistakes and oversights the FBI committed during one of the most politically polarizing investigations in recent history.

As such, it will serve as a non-partisan roadmap for a much longer process of holding the investigators to account, a process that now includes a criminal probe being led by U.S. Attorney John Durham and investigative hearings by Senate Judiciary Committee chairman Lindsey Graham.

In the evitable political bitterness that grips Washington, each political party will seek to score points by cherry-picking their favorite Horowitz findings. But there is a far weightier question than electoral politics to be resolved: Can the FBI be trusted going forward to adequately, fairly and honestly protect civil liberties of Americans while conducting counterintelligence, counterterrorism and criminal investigations.

With that bigger question in mind, here are the 10 revelations I believe will be most important in the Horowitz report.

1. The scope of failure and misconduct

Were there isolated mistakes, systemic cultural and procedural failures or intentional acts involved in the investigation, the pursuit of the FISA warrant against ex-Trump adviser Carter Page and the renewal of the FISA warrant for more than a year? I expect the Horowitz report to identify between six and 12 failures, mistakes and acts of misconduct. These will range from the serious offense of altering a government document to failures to provide the courts evidence and information required under the FISA process. The large number of problems, if confirmed, should be a wakeup call to the FBI and those who provide oversight of its activities.

The issue of whether the FBI failed to tell the FISA judges, as required, about evidence of innocence concerning some of the Americans it targeted has been raised for more than a year by key members of Congress like Rep. Devin Nunes, R-Ca., and Rep. Mark Meadows, R-N.C. I expect the IG to identify exculpatory statements made by key figure George Papadopoulos to an undercover informant that were not properly disclosed to the court. A second revelation to watch is whether the FBI possessed similar evidence of innocence involving Page that was not disclosed.

The FBI stated to the court in a footnote that it was unaware of any derogatory information about the former MI6 agent it was using as “confidential human source 1” in the Russia case. This claim could face a withering analysis in the report. Congressional sources have reported to me that during a recent unclassified meeting they were told the British government flagged concerns about Steele and his reliance on “sub-sources” of intelligence as early as 2015. Bruce Ohr testified he told FBI and DOJ officials early on that he suspected Steele’s intelligence was mostly raw and needed vetting, that Steele was working with Hillary Clinton’s campaign in some capacity and appeared desperate to defeat Trump in the 2016 election. And documents show State Department official Kathleen Kavalec alerted the FBI eight days before the first FISA warrant was obtained that Steele may have been peddling a now-debunked rumor that Trump and Vladimir Putin were secretly communicating through a Russian bank’s computer server. Most experts I talked with say each of these revelations might constitute derogatory information that should be disclosed to the court. On a related note, Horowitz just released a separate report that concluded the FBI is doing a poor job of vetting informants like Steele, suggesting there was a culture of withholding derogatory information from informants’ reliability and credibility validation reports. You can read about that here.

One of Horowitz’s earlier investigative reports that recommended fired FBI Deputy Director Andrew McCabe for possible prosecution put an uncomfortable spotlight on the bureau’s culture of news leaks. Since then, a handful of other cases unrelated to Russia have raised additional questions about whether the FBI uses news leaks to create or cite evidence in courts. One key to watch in the Horowitz report is the analysis of whether it was appropriate for the FBI to use a Yahoo News article as validating evidence to support Steele’s dossier. We now know from testimony and court filings that Steele, his dossier and Fusion GPS founder Glenn Simpson played a role in that Yahoo News story. If so, was the use of the article “circular reporting” instead of independent corroboration? It’s an important question for Horowitz to resolve.

5. Verification under the Woods Procedures

For years the FBI has been required to certify to the FISA court that all information submitted in a warrant application was “verified” under the so-called Woods Procedures. Lawmakers with access to classified information have said for months they fear a key allegation gleaned from Steele’s dossier – that Carter Page had met with two senior Russian officials close to Putin in summer 2016 – was never verified when it was used as evidence in the FISA warrant. We know from Special Counsel Robert Mueller’s report that those contacts alleged by Steele never happened. Horowitz should provide valuable insight on this issue.

Former FBI Director James Comey has consistently testified he understood the Steele dossier to be “salacious” and “unverified” and yet the bureau submitted four “verified” warrant applications that relied on evidence from the dossier. A major question for Horowitz to answer is: who else besides Comey shared that distrust and how early did those concerns about the dossier emerge? Congressional Republicans have demanded the release of a series of email chains they claim might show FBI and DOJ officials had similar heartburn about the reliability of the document. In addition, the FBI kept a spreadsheet analyzing the claims in Steele’s dossier. Sources who reviewed it have said the vast majority of the dossier’s claims fell into one of three categories: debunked, could not be verified or traced to open-source intelligence typically found on the Internet.

7. What investigators learned from Steele

We know from State Department memos that more than a week before the first FISA warrant was obtained, Steele visited with senior State officials and acknowledged he was working with the FBI, leaking to news media and had an election day deadline to get his information public. Likewise, Steele similarly indicated to senior Justice official Bruce Ohr as early as summer 2016 he was desperate to stop Trump from being elected and was working in some capacity with Trump’s rival, Hillary Clinton. So here is a big development to watch: What did Steele tell the FBI about these very important issues? And when did the FBI first learn he might be leaking? The FBI ended its informant relationship with Steele on Nov. 1, 2016, a little over a week after using his dossier to support the first FISA warrant. And the reason they did so was because agents had concluded he improperly leaked to the news media. But did the FBI know or have reason to suspect that problem before the first FISA warrant? Stay tuned.

The issue of which of these three problems to blame will be the political football most tossed around by partisans. But in the end it is less important to the question of protecting civil liberties. One’s privacy is infringed wrongly whether the FISA application was harmed by intentional bias or incompetence. That said, expect a mixed verdict on this issue. I suspect there is evidence that an FBI lawyer intentionally altered a piece of evidence that affected the FISA process. That could be criminal. I suspect it is less likely that the IG will conclude that the audacious anti-Trump bias expressed in the official text messages of FBI agent Pete Strzok and bureau lawyer Lisa Page impacted specific actions in the FISA process, especially because many more DOJ and FBI than those two were involved in the process. But we already know from the release last month of Strzok’s disciplinary file that the FBI considered the bias expressed in the text messages to be “misconduct” that cast a pall on the credibility of the FBI and its Trump-Russia and Clinton email cases. And I suspect the IG will identify a number of systemic and individual mistakes that tarnished the FISA process in the Russia case.

Horowitz has already referred Comey’s mishandling of sensitive Russia memos for possible prosecution, which was declined. He also referred McCabe for prosecution for lying, an issue which McCabe contests and which appears unresolved. Lots of people will be watching to see if more referrals for prosecution are included in the latest Horowitz report. I would expect at least one, if not more, referrals will have grown out of the Horowitz’s FISA report, which is likely why Durham’s probe recently was converted from administrative to criminal. Other remedies for accountability could fall into the disciplinary category.

This may not be the most politically hot topic to emerge from the report, but it is potentially the most important for protecting against future civil liberties violations and FBI intrusions on an American election. What will Horowitz recommend as remedies so we don’t have another Russia collusion fiasco in the future? Do FBI and DOJ need new rules and thresholds for opening probes of candidates and campaigns? Does the FBI system for vetting informants need to be fixed? Does the FISA court need a public advocate to protect the liberties of Americans targeted for warrants to create a check and balance on the FBI? Do the Woods procedures for verifying evidence for a FISA warrant need revision or overhaul? These are weighty questions that the FBI, DOJ and Congress almost certainly will face in the coming months.

The Horowitz report Monday and the IG’s testimony next Wednesday before the Senate start a new phase of accountability for the FBI and those government officials in the intelligence community who worked on the Russia case. But it is only a beginning of a process that likely will take many more weeks or months.

to steal Polosi's talking points, if we don't prosecute some top FBI officials we have lost our democracy.

Jack HammerOld Faithful
Established American citizens are the only losers, I've never been
considered a member of diversity, select perverted and protected,
reclassified as above the law, given endless benefits without
occupation, protected race, protected religious terrorist and so on.
Has anyone seen the list of what made America great in the first
place, and the list of what liberalism has destroyed so far..??
12/6/198:13 AM
❤️ 0

Jack HammerOld Faithful
"list of what liberalism has destroyed so far"..??
I think I have one, the corruption and planned failure of the American
education machine in it's entirety.
12/6/198:21 AM
❤️ 0
Back To Top