The country is going down the tubes but Kamala's fix is 'let them eat cookies'.

Kamala Harris Hands Out Cookies With Her Face On Them On D-Day; Netizens Not Impressed

Do you want a Kamala Harris cookie or a “I don’t know what I’m signing” Joe Biden - pen? 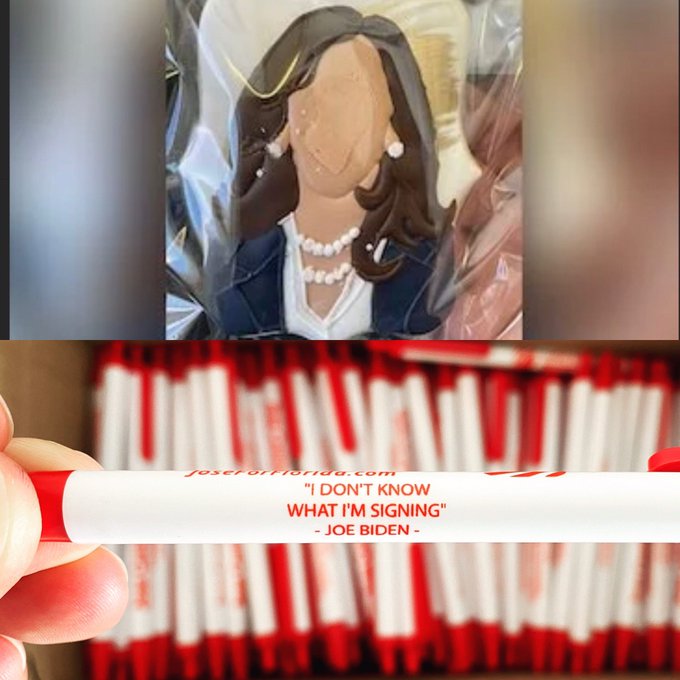 The cookies were provided by Cupcake Dreams, a black-owned business in Washington, DC to Kamala Harris, who distributed them to press staff on Air Force 2.

The modern-day equivalent of “let them eat cake.” 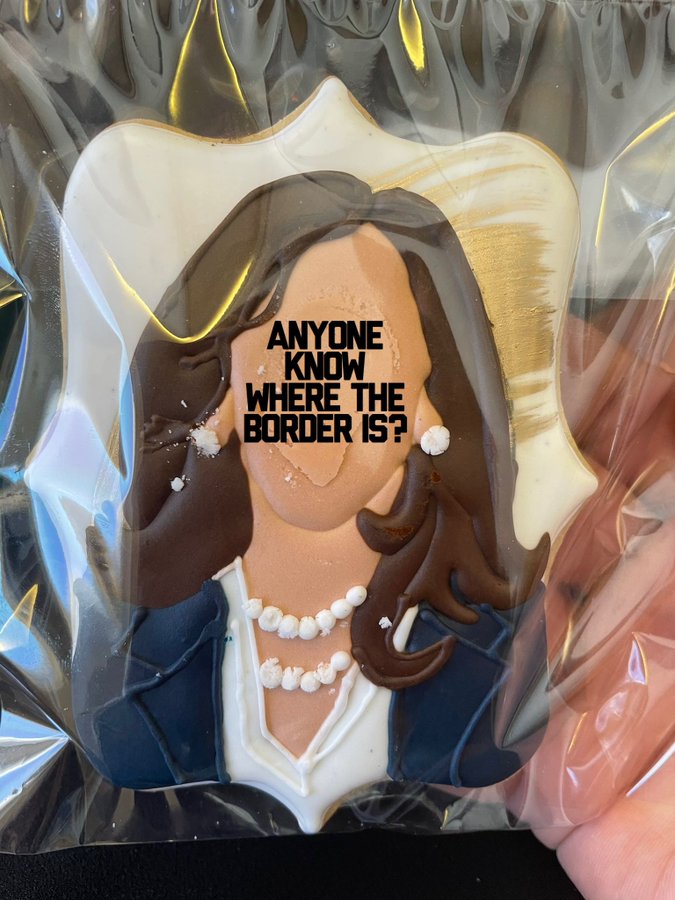 Giammattei, in a CBS News interview Sunday said that he and US Vice President were not “on the same side of the coin” as he denounced the Biden administration for flaring the migrant numbers on the border. “We asked the United States government to send more of a clear message to prevent more people from leaving,” Giammatte said in live remarks.

He further condemned Biden’s policies saying that when elected, Biden had repeatedly claimed “We’re going to reunite families, we’re going to reunite children,” and the migrant influx at the border spiked with coyotes organizing groups of children to be taken to the US. Meanwhile, former President Donald Trump had stopped the asylum-seeker caravans from Central America under the strict “Remain in Mexico” policy as he also cut the foreign aid at one point to the regional governments.

“Bo Snerdley,” a.k.a. James Golden, who served as the late Rush Limbaugh’s producer and call screener during his decades-long talk radio career, ripped “narcissistic” Vice President Kamala Harris for passing out ‘selfie cookies’ en route to with Guatemalan President Alejandro Giammattei as hordes of migrants, along with drug smugglers and sex traffickers, continue to inundate the U.S.-Mexico border under her watch.

Golden made his comments during an interview with “Fox News Primetime” host Tammy Bruce on Monday in response to Harris handing out faceless “Kamala Cookies” that otherwise resembled her to members of the media who were traveling aboard Air Force Two.

“How narcissistic do you have to be, if you are going to hand out cookies, to hand out cookies that are clearly supposed to be of yourself—with no face,” said Golden. “Meanwhile, she has never been to the southern border. We have an emergency at the border. We have human suffering in proportions that are horrid happening every single day. We have American agents risking their lives every single moment.”

Earlier, Bruce pointed out that while Biden, Harris, and many in the Democratic Party continue to talk about the importance of equality and how they are bigger defenders of minorities, she as a lesbian and Golden as a black man are not the stereotypical demographics that Democrats “expect” to see in conservative and Republican political circles.

To close out the segment, Golden said if Republicans continue to follow the “Trump agenda” of reaching out to minorities and women with policies focused on helping all working-class Americans, they will attract more of them to the party. Bruce responded by noting that Hidalgo County Republican Party Chairman Javier Villalobos was just elected as mayor in heavily Democrat and Hispanic McAllen, Texas, in large part because of the GOP’s immigration and border enforcement positions.

I wonder f she has the proper Health Dept. credentials to bake cookies for mass distribution? 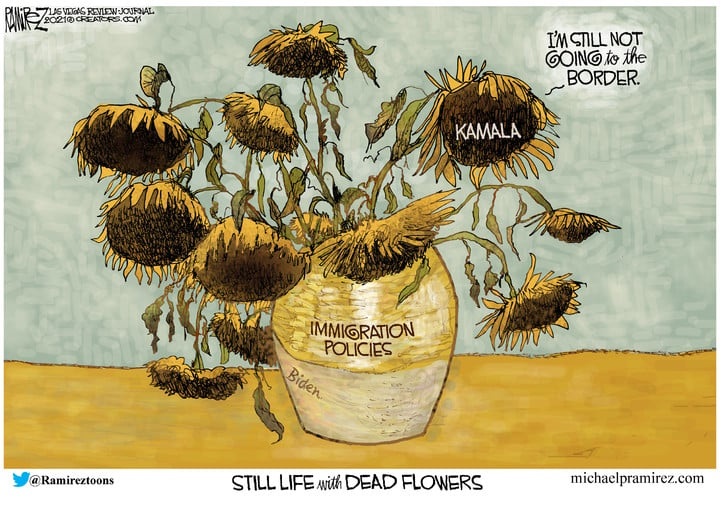 Sign In To Reply
Post
'3rd Continental Congress' to convene
4 hours ago
480 arrested in Capitol riot case, including at least 53 who have served in the military
5 hours ago
You can 'thank' a Democrat
5 hours ago
Horrible, Bigot, Murderer
6 hours ago
Putin asks who shot Ashli Babbitt, accuses U.S. of arresting MAGA protesters for political persecution
6 hours ago

While the Right 'hand' is busy seeking the TRUTH, the Left....
12 hours ago
The Biden regime considers law-abiding citizens the greatest threat to national security
2 days ago
No...this isn't a joke!
2 days ago