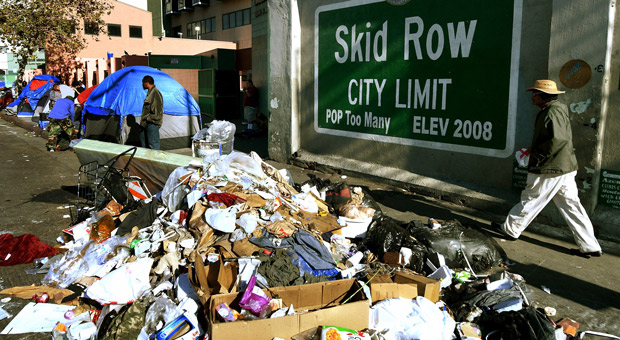 Recent investigations into the ever-worsening living conditions have found that liberal California is home to some of the "filthiest slums" in the world. Californian cities Los Angeles and San Fransisco have been found to be so dirty, that conditions, in some areas, are worse than third world countries such as Kenya or India. According to one investigation earlier this year by NBC, large areas of California's fourth-largest city SF, are covered in ***** and hypodermic needles, with hospitals reporting they are struggling to cope with the influx of patients that have fallen ill as a result of the contamination from living conditions more typical in developing nations, rather than a so-called first-world state.The problem of human ***** in the streets on San Fran has gotten so bad, that the city has introduced a "**** patrol" tasked with trying to clean up the mess.

San Fransisco Mayor London Breed has come under fire following reports that the streets are "overflowing," and citizens are "drowning," in human waste. 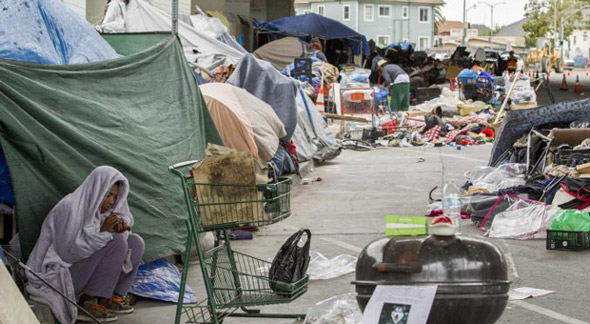 This is what the left wants for the entire country.

KravenOld Faithful
I would suggest no solid food ever, and then do what Applebee's
did and let them have nothing but isopropyl with diet Sprite----
10/28/183:45 PM
❤️ 0

San Francisco's streets are so filthy that at least one infectious disease expert has compared the city to some of the dirtiest slums in the world.

The NBC Bay Area Investigative Unit surveyed 153 blocks of the city in February, finding giant mounds of trash and food on the majority of streets. At least 100 discarded needles and more than 300 piles of human ***** were also found in downtown San Francisco, according to the report.

In Los Angeles, an outbreak of hepatitis A has been linked to the city's 50,000 homeless people, who sometime defecate in the streets and spread the disease between tent cities.

Based on the results of the NBC Bay Area survey, Riley said the contamination found in parts of San Francisco is "much greater than communities in Brazil or Kenya or India."

I see that California's S&P credit rating is AA-, the fourth down on the scale.  For reference, Illinois is BBB- the tenth lowest on the scale and the lowest in the USA. Alabama's is AA, which is above California's.

Democrat rule results in the rule of ruin.  This has been the rule for decades, yet still the thieves and reivers are voted in.

Vote for Naio
7 hours ago