On Sunday, while in Germany for the Munich security conference, Vice President Kamala Harris, noted foreign policy expert that she is, said if Russia invades Ukraine, Americans are going to suffer because the West will impose sanctions on Russian energy. "Can you explain to Americans what exactly they will face" if Putin invades Ukraine?

HARRIS: "When America stands for her principles and all of the things we hold dear, um, it requires sometimes for us to put ourselves out there in a way that, maybe, we will incur some costs."

Americans will “incur some costs?”

Kamala, if you sanction Russia, they’re the ones who are supposed to feel it, not us, you dimwitted fool.

And what exactly does “it requires sometimes for us to put ourselves out there” even mean?

If Russia invades Ukraine, Americans aren’t required to “put ourselves out there.”

But wait! That isn’t the only stupid thing she said.

After telling reporters that “Putin’s made his decision” to invade Ukraine, Kamala Harris says the threat of sanctions will “absolutely” deter him making the decision to invade.

Okay, you nitwit. These aren’t the “greatest” sanctions we’ve ever “issued” because we haven’t issued any sanctions. We’re just threatening to issue sanctions.

I could threaten to drop-kick Kamala Harris into next Tuesday. Sure, it’s a big threat, maybe even the greatest threat I’ve ever made. But unless I actually follow through and drop-kick her into next Tuesday, it’s nothing but words.

And that’s the thing. The Biden administration isn’t doing anything but threatening sanctions. Don’t brag about how great they are if you haven’t done them yet.

But notice how Kamala can’t address the reporter’s specific question.

If the THREAT of sanctions isn’t deterring Putin, what’s the point?

The reporter asked Kamala about this because Ukraine’s President Volodymyr Zelensky made this exact point when he spoke to the security conference on Saturday.

During his speech, Zelensky asked Western leaders “what are you waiting for?” He pointed out that if they are right, that Putin has made up his mind to invade, why not impose the sanctions now before Ukraine is occupied by Russian troops and its economy is in ruins.

But Kamala can’t provide an adequate response, can she?

Instead, she just keeps flailing her arms and returning to her talking points, completely oblivious to her own circular logic.

Now, I’m not the foreign policy genius that, say, Kamala Harris is, but if Putin has decided to invade Ukraine, then clearly the threat of sanctions – however strong and significant – isn’t deterring him.

Admittedly, Kamala isn’t the only member of this administration to make this circular argument. Secretary of State Antony Blinken did the same thing when he appeared on the Sunday shows this weekend.

In his appearance on CNN’s “State of the Union,” Blinken said “the purpose of sanctions” is to deter Russia from invading Ukraine. And the reason the US doesn’t want to “trigger” the sanctions before such an invasion is because once they trigger them, “the deterrent is gone.”

Does that make any sense to you? Because it makes zero sense to me.

I know I’m repeating myself, but the White House said Putin has decided to invade Ukraine. And if Putin has already decided, then it won’t matter if the “deterrent is gone” because clearly, the deterrent isn’t stopping him.

On “Meet the Press,” Blinken added that if the West triggered sanctions against Russia before it invades Ukraine, the sanctions will simply “get absorbed by President Putin and he moves on.”

Oh, I see. So sanctions are so useless, Putin is able to “absorb” them and “move on” as if they don’t matter.

Then what in Lucifer’s reach is the point of threatening sanctions!?

You see what I mean? None of this makes any sense.

Either the sanctions make a difference or they don’t.

Either the threat of sanctions is a deterrent or it isn’t.

But somehow, these Little Brains want us to believe:

3. Putin can absorb these sanctions and move on while4. We in America “will incur some costs.”

Jesus, Joseph, and Mary. What an absolute clown show. 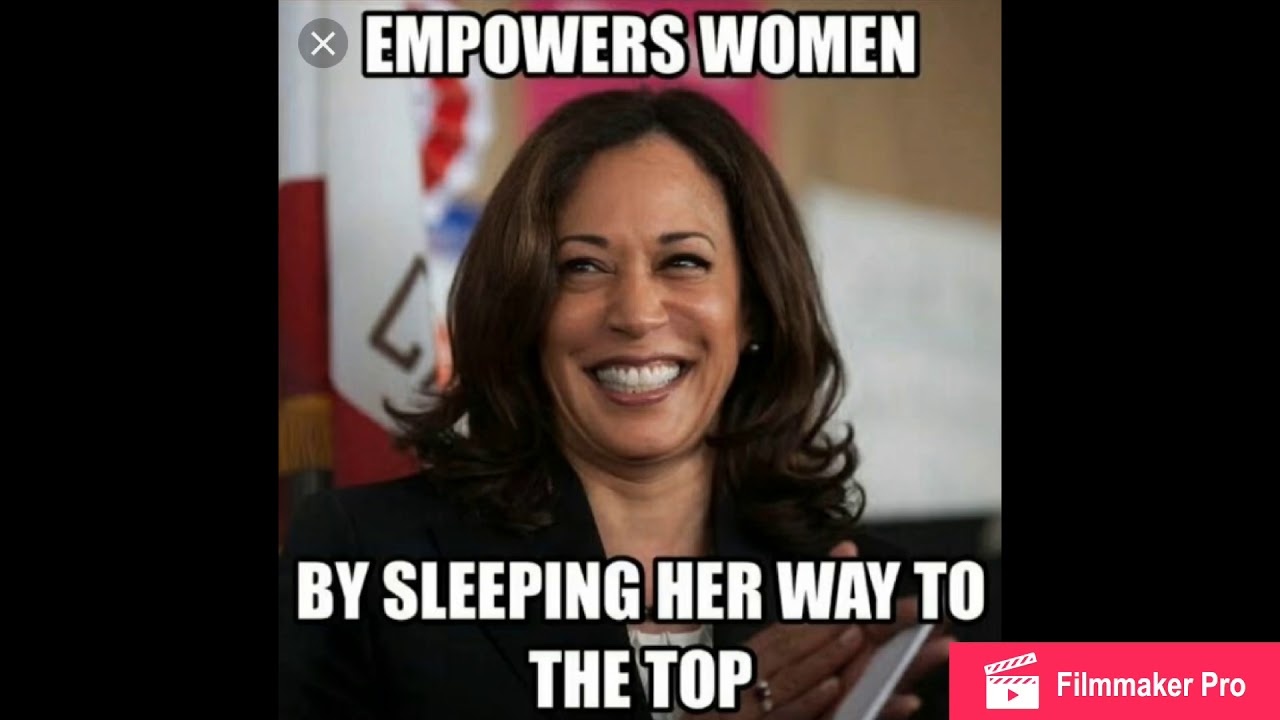 Her only qualifications to be a dem VP? Female 'of color'.

Her 'qualufications' are the scars from repeated rug burns on her knees.