More crazy stuffed into the sock known as the DNC.

Montgomery County Executive Marc Elrich called the flag “divisive” over the weekend and said it was not going to be put on display at the Fifth District police station, overruling officers who accepted the gift and said that it would be displayed.

Maryland Gov. Larry Hogan, a Republican, said in a series of tweets that he was “offended and disgusted” Elrich had arbitrarily prohibited officers from displaying the flag that was made for them by a father and his young son in honor of National First Responders Day.

"I have attended the funerals of fallen law enforcement officers across our state, and I take time to thank them every day for their dedicated service and sacrifice," he said. 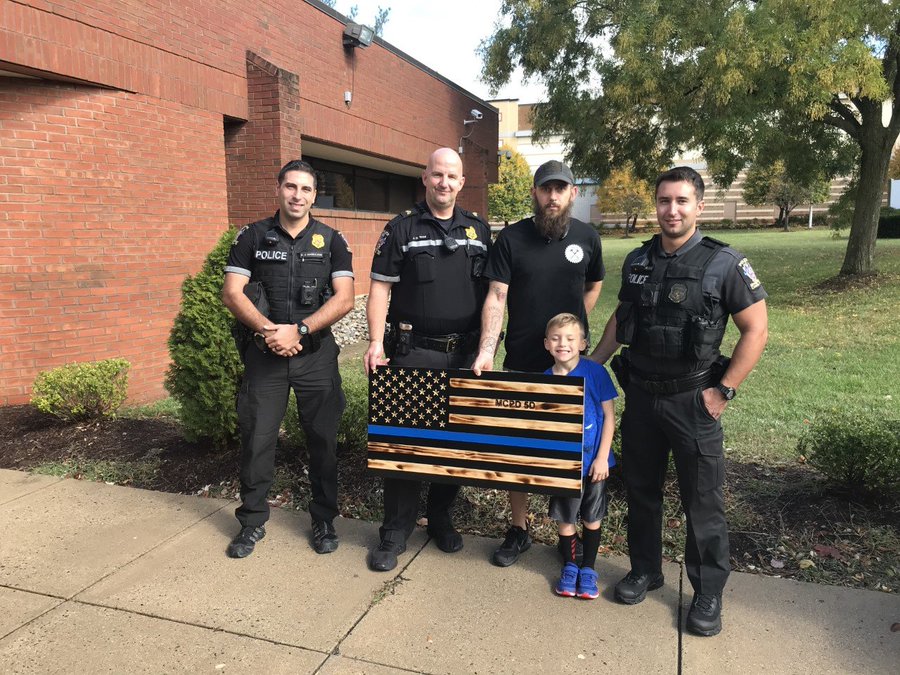 Hogan said the same flag was “proudly” on display in the Governor’s Mansion in Annapolis.

“I strongly call on Mr. Elrich to immediately reverse this terrible decision and to apologize to the police and the citizens of Montgomery County,” he said.

Montgomery County’s police union also criticized Elrich, who is a Democrat, saying that it would be honored to accept the “thin blue line” flag.

"The working police officers of Montgomery County are highly offended by this act of outright disrespect for them and that flag which represents the sacrifices and dedication of police officers who daily risk their lives, health, limbs and own well-being in service to their community," police union said. “Too many have made the supreme sacrifice and we will not allow political pandering by Jones and Elrich to diminish their service.”

A spokeswoman for Elrich did not immediately respond to an email seeking comment from Fox News.

Montgomery County woodworker James Shelton and his young son Forrest presented the wooden flag to the Fifth Station on Wednesday.

Shelton told WJLA-TV last week that he also made a similar wooden flag for Montgomery firefighters assigned to Fire Station 31.

"I wanted my son to be involved so he could see how important it is to give back as well as to help build good character and make a wonderful memory we will always have," he told the station. "[My son] was so excited to help and even more so when he helped me deliver them."

The Montgomery County Police Department tweeted a note Elrich sent after the gift was accepted.

"The flag provides a symbol of support to some, but it is a symbol of dismissiveness to others,” he said. Because it is divisive, the flag will not be posted at the 5th District nor in any public space within the Police Department."

He added, “Under my administration, we are committed to improving police relations with the community and will immediately address any action that stands against our mission.”

Jack HammerOld Faithful
DNC hates America, no two ways about it. The weak minded cowards
are no longer citizens in good standing of this Country.
11/3/195:08 PM
❤️ 0
Back To Top

Since our forum Republicans love cartoons so much....
14 hours ago
Adulting...
16 hours ago