These dreams of his — or “delusions of grandeur” rather, as some critics have put it — were shared during a speech he delivered at the White House (known by some as “Planet Biden”) about his so-called “infrastructure” plan.

“Investing in research and development help lead to lithium batteries, LED technology, the internet itself. It helped lead to vaccine breakthroughs that are helping us beat COVID-19. To the Human Genome Project, which has led to breakthroughs in how we understand and fight cancer and other diseases. Government, meaning the taxpayers, funded this research. Government,” he said about 10 minutes into the speech.

He added, “We stopped investing in the research, we stop investing in the jobs of the future and we give up leading the world. When we do invest in research, what we’re really doing is raising the bar in what we can imagine. Imagine a world where you and your family can travel coast to coast without single tank of gas, or in a high-speed train, close to as fast as you can go across the country in a plane.”

Notice that he said “in a plane” versus “in a commercial plane.” This matters because the fastest jet aircraft in the world, the Lockheed SR-71 Blackbird, has been clocked at speeds over 2,000 miles per hour, according to Lockheed Martin.

The fastest commercial plane, on the other hand, is the Boeing 747-8I, which has been clocked at speeds of Mach 0.86, which is about 660 mph, according to the Saudi National Center of Aviation.

Conversely, the fastest trains on Earth have been clocked at speeds of 197 mph, according to Forbes.

Some portrayed the president as a man so out of touch that he lives on another planet:

Others wondered whether Biden’s been smoking crack like his son Hunter.

But the president wasn’t done.

Later during his speech, he went on to suggest that his investments in “infrastructure” may make it possible in about a decade or so for Americans to be able to traverse the Earth’s circumference in just an hour by plane.

“I told my kids, when I go on college campuses, they’re going to see more change in the next 10 years than we’ve seen the last 50 years. We’re going to talk about commercial aircraft flying at supersonics speeds, be able to figuratively, if we decided to do it traverse the world in about an hour, traveled 21,000 miles an hour. So much has changed. We have got to lead it,” he said.

FYI, according to Fox News’ Tucker Carlson – among others – Biden’s bill barely even has anything to do with infrastructure.

“First, is this really about infrastructure? Bridges? Roads? Airports? Things we could actually use? Or is it yet another weird climate scheme/power grab/race-based redistribution plan? What exactly is this?” he asked during a “Tucker Carlson Tonight” monologue last week.

“Only about 5 percent of that $2 trillion will actually go to roads and bridges,” Carlson stated, noting that taxes for Americans “are going up dramatically.”

“So, 5 percent on infrastructure, 95 percent on social engineering. That’s what Joe Biden calls a once-in-a-lifetime infrastructure bill,” the Fox News host added. “He’s right about part of it: It is once in a lifetime. If this bill passes, the next generation will life in a very different country.”

Breaking News from Planet Biden: "Imagine a world where you and your family can travel coast to coast without a single tank of gas on a high-speed train close to as fast as you can go across the country in a plane.” 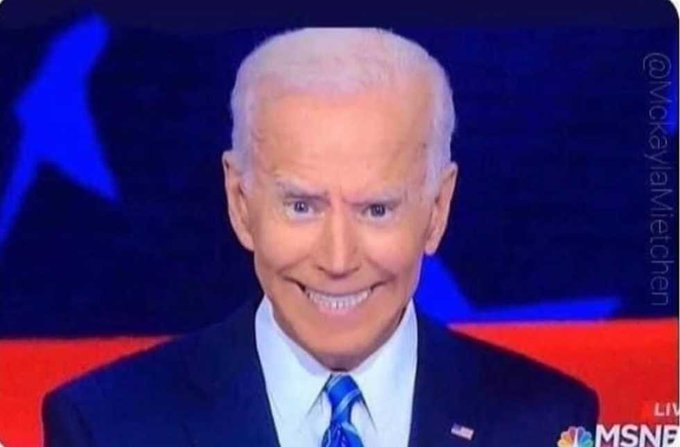 Train max speed is about 200mph.
Commercial airplane is about 700mph.
Biden is an idiot.

With the "green new deal" and without energy independence, it will be too expensive to power these "trains".

The only people who could afford to ride them would be your government officials, because our taxes would be paying it.

are these the trains to the re-education camps?

Even before he was senile, I bet Biden never thought about the fact that trains can only take you where there are tracks, whereas all you need for plane travel is air.

Joe just said we'd travel 21,000 miles per hour on commercial flights. Has he heard of inertia and g-force?

Earlier today,
@JoeBiden
said that there will be "supersonic" planes that "travel 21,000 miles an hour."

The top speed of supersonic is 3,806 MPH. In fact, 21k MPH would be faster than Hypersonic AND High-hypersonic.

Whoever told him this needs to be fired LOL

In addition to providing $115 billion to repair 20,000 miles of roads and bridges, $85 billion to expand public transit and $17 billion to upgrade U.S. waterways and ports, the sweeping package grants massive subsidies to electric vehicle and renewable energy companies in an effort to meet Biden’s climate change goals.

The plan as written is largely funded by tax increases on the wealthy and corporations, which Republicans have labeled as a non-starter for bipartisan negotiations and some Democrats have publicly opposed.

The plan includes $174 billion in electric vehicle incentives, and calls for electrifying one-fifth of the nation’s school busses and all 650,000 of the United States Postal Service’s delivery trucks.

It also includes $100 billion in subsidies for clean energy companies, $46 billion for clean energy manufacturing and $35 billion for climate technology. The plan also seeks to make public schools more environmentally friendly, and allocates another $100 billion to help them “go green by reducing or eliminating the use of paper plates and other disposable materials.”

The sweeping package also sets aside $50 billion for the National Science Foundation and $20 billion for projects intended to “advance racial equity and environmental justice.”