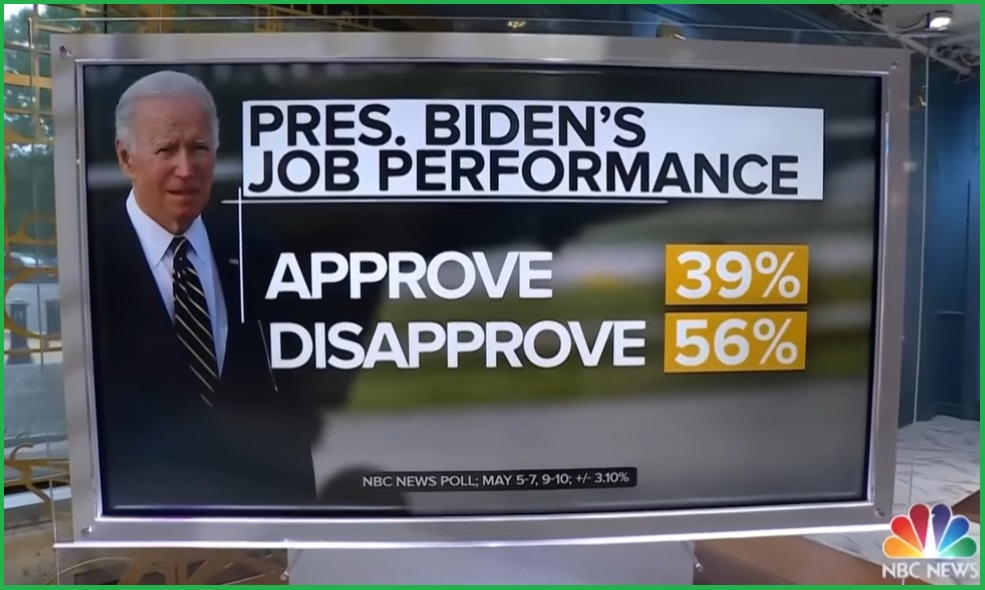 NBC is promoting their contracted poll today [pdf HERE] around the lesser-important voting issue of abortion.  However, before getting to the poll it is worth noting again who they contracted with.  Inside the article you will note this sentence, “[…] who conducted this survey with Democratic pollster Jeff Horwitt of Hart Research Associates.”   If that name sounds familiar, that’s because it is the same ideologically aligned polling outfit who spent six months creating the ultra-MAGA branding campaign for Anita Dunn and the White House {link}.

On the larger issues of voter priorities, the economy dominates with 40% responses.  Additionally, the polling identifies 39 percent of Americans approving of President Biden’s job as president, versus 56 percent who say they disapprove.  75% say the country is heading in the wrong direction, and only 16% saying the country is on the right track.   That’s the bigger headline.  WATCH: