A mayor in Ohio told all five local school board members to resign during a board meeting or face charges over class material for high schoolers he deemed "child ****ography."

"It has come to my attention that your educators are distributing essentially what is child ****ography in the classroom," Hudson Mayor Craig Shubert told the Hudson Board of Education during a meeting on Monday.

"I've spoken to a judge this evening. She's already confirmed that. So I'm going to give you a simple choice: You either choose to resign from this board of education or you will be charged," Shubert added, which was met with cheers from the audience.

Shubert’s comments came in response to writing prompts found in a book called "642 Things to Write About," which had been distributed to some high school students who were taking a college credit course.

The material included asking students to "write a sex scene you wouldn't show your mom," "rewrite the sex scene from above into one that you'd let your mom read," and another prompt asking students to drink a beer and describe how it tastes, the Akron Beacon Journal reported.

The material set off a firestorm from parents, including speakers who also attended the board meeting and called the prompts, "disgusting" and a form of "grooming."

Hudson City Schools Superintendent Phil Herman called the material "inappropriate and offensive writing prompts" in a prepared statement and said the books were pulled from schools on Monday.

"The district immediately determined this writing resource should not be in the hands of our students, and on Monday, collected the books from the students enrolled in the course," Herman said. "It is important to note that at no time were any of these inappropriate writing prompts assigned as part of the class."

Hudson High School principal Brian Wilch also said Monday that he and his administrative team apologized to parents, and explained that the course was offered in association with Hiram College and the "642 Things" book had previously been used.

"We did not exercise due diligence when we reviewed this resource and as a result, we overlooked several writing prompts among the 642 that are not appropriate for our high school audience," Wilch said. "…We feel terrible. At no time were any of these inappropriate prompts selected or discussed, but still they were there and they were viewable, and you can't unsee them." 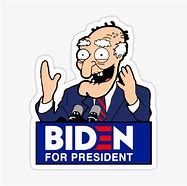