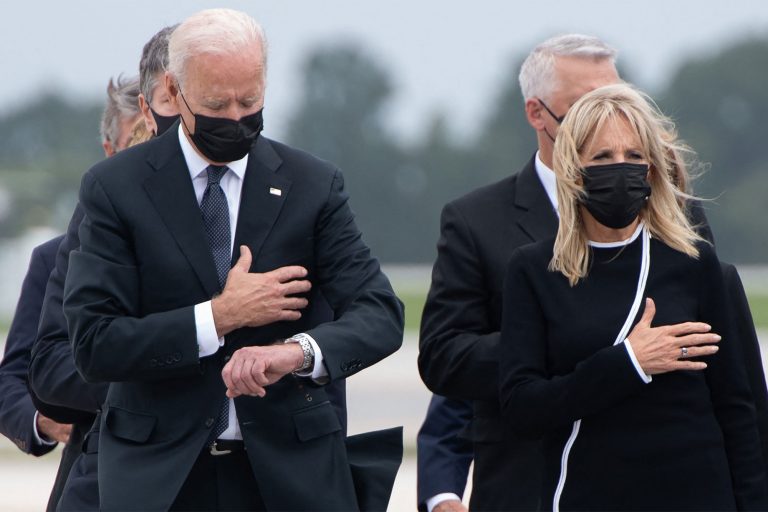 The loss of a son is devastating, and no one should begrudge Biden’s expressions of the grief about Beau’s premature death. However, the families were appalled that Biden focused on his son’s death rather their own loss during their very brief meetings with him.

“It just didn’t seem that appropriate to spend that much time on his own son”, said Mark Schmitz, the father of Jared Schmitz, a 20-year-old Marine Corps Lance Corporal who was one of 13 warriors killed at the Kabul airport. This sentiment was repeated by family members of the other 12 service members killed in the suicide bomb attack.

To understand their anger, you have to recognize that Beau’s death was not at all similar to the deaths of their loved ones.

•        Beau’s death had nothing to do with Afghanistan, and was a full 7 years after returning from his 8 months in Iraq

Here are more details on these important differences. Beau’s unit was deployed in 2008. He spent two months in training at Ft. Bliss and following his attendance at his father’s inauguration on January 20, Beau joined his outfit in Iraq long after hostilities and combat operations had largely ceased.

He was a JAG officer, a lawyer for the Army. He worked in an airconditioned office far from any danger. Beau returned home in September 2008, having spent 8 months in Iraq.

Beau was 46 when he died of brain cancer in 2015, more than 6 years after he returned home. In those intervening years Beau lived long enough to marry, have two children, and be reelected as Delaware’s Attorney General.

In contrast the oldest of warriors killed in Kabul died at 31 – 15 years younger than Beau died. All the rest were in their early 20’s. One of the 13, Marine Corps Lance Corporal Rylee McCollum, 20, married in February and he and his wife were eagerly awaiting the birth of a child this month.

In sum, while Beau died at an early age, he had the chance to live a rich and fulfilling life. On the other hand, the 13 who died in last week’s bombing lived tragically short lives. They had not even begun to fulfill their potential, and their deaths leave a yawning and painful hole in the lives of those who loved them. No one who hasn’t lost a family member in combat can comprehend what they are going through.

That surely explains why Mark Schmitz didn’t want to hear about Beau Biden. To focus on Beau rather than their loss offensive in the extreme. Another Gold Star family member, Roise McCollum, whose brother Rylee died at the age of 20 described their brief moment with Biden, “It struck the family as scripted and shallow, a conversation that lasted only a couple of minutes in ‘total disregard to the loss of our Marine”. With similar sentiments, Shana Chapell, whose son Kareem Nikoui, was a 20-year-old Marine when he died at the airport related that she told Biden that “I would never get to hug my son again, hear his laugh and then you tried to interrupt me and tell me your own sob story and I had to tell you “This isn’t about you. So, don’t make it about you. You then said you just wanted me to know you knew how I feel, and I let you know that you don’t know how I feel.” At that point Ms. Chapell relates that Biden rolled his eyes at her and turned his back on her and dismissively waved his hand behind his back as if to say “Oh, whatever”.

One combat veteran commented, “There is a difference between empathy and narcissism. He made it about himself not her or her husband. That’s narcissism. And it’s pathetic.”

Columnist William McGurn aptly noted, “(Biden) bizarrely keeps invoking his son … whose early death from brain cancer was tragic but has nothing to do with Afghanistan, much less the 11 Marines, Navy corpsman and Army soldier killed in Thursday’s suicide bombing. Mr. Biden is not a Gold Star father and should stop playing one on TV.” 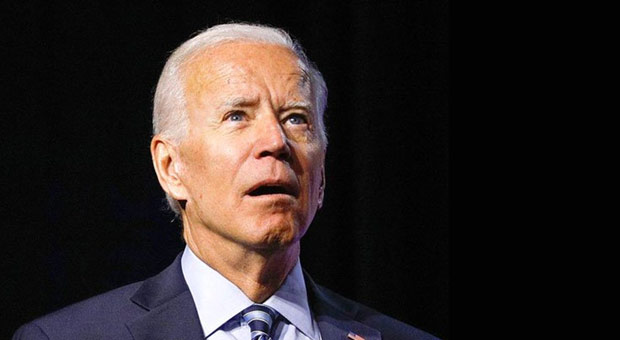 As if Joe Biden’s AWOL performance during the Afghanistan crisis he created wasn’t an indication that he’s not up to the job, the illegitimate president apparently believes his dead son Beau is still alive and regrets pulling the troops out. Joe’s mind is completely gone and, as we’ve seen in the last couple of weeks, the longer he’s in office the worse things will get.

On Wednesday, Biden took time off from his busy vacation schedule to return to the White House. We thought he was going to get to work on the chaos he created in Afghanistan, but instead, he just gave Republican Governors **** for not imposing mask mandates.

He did sit down for a softball interview with ABC’s George Stephanopoulos that he botched badly. ABC, released a few snippets of the interview and then aired a highly-edited version that night. Here at Def-Con News, we speculated that the reason why ABC didn’t air the entire interview was because Joe’s performance was so bad that the liberal media outfit couldn’t show it without embarrassing him. Boy were we right.

ABC released a full transcript of the interview and this one jumped out:

STEPHANOPOULOS: I– I think a lot of– a lot of Americans, and a l– even a lot of veterans who served in Afghanistan agree with you on the big, strategic picture. They believe we had to get out. But I wonder how you respond to an Army Special Forces officer, Javier McKay (PH). He did seven tours. He was shot twice. He agrees with you. He says, “We have to cut our losses in Afghanistan.” But he adds, “I just wish we could’ve left with honor.”

BIDEN: Look, that’s like askin’ my deceased son Beau, who spent six months in Kosovo and a year in Iraq as a Navy captain and then major– I mean, as an Army major. And, you know, I’m sure h– he had regrets comin’ out of Afganista– I mean, out of Iraq. He had regrets to what’s– how– how it’s going.

After referring to him as his “dead son Beau” Biden switches gears and says his dead son regrets pulling the U.S. troops out of Afghanistan, indicating Joe thinks he’s still alive. Remember, the question was about pulling the troops out with honor, so Biden is saying his dead son Beau regrets not being able to do that. He said Beau regrets “how it’s going.” Present tense.

Biden’s answer gets even more disturbing because he can’t remember where Beau served or what branch of the Military he served in. He’s all over the place, confusing the Navy with the Army and mistaking Iraq for Afghanistan. How is it possible that Joe doesn’t know Beau was in the Army and spent a year in Iraq? I guess since he doesn’t know Beau is dead, the other stuff is less important but it sure paints a picture of a guy who has lost his marbles.

Biden continued his dementia gymnastics with this factually-challenged claim:

BIDEN: Don’t you think that the one– you know who’s most disappointed in us getting out? Russia and China. They’d love us to continue to have to–

Then he just stopped speaking, probably because there was a moment of lucidity and he realized what he was saying was pure bull. Russia and especially China are thrilled that we are out of Afghanistan because they can now have more influence in the region. For some weird reason Russia and China love America-hating terrorists.

In Biden’s defense, Russia and China are still alive, unlike his son Beau.

Now that Bill Cosby is disgraced and unmarketable, Joe Biden should become the spokesman for Jello Pudding: “My brain is made of the stuff!” He however should not be running the most powerful nation in the world.