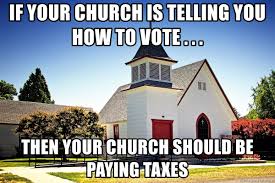 You knew the Democrats would stretch the boundaries on what's acceptable or allowed when it comes to politicking from the church pulpit, but I don't think anyone expected the level of audaciousness contained in the Kamala Harris video played this Sunday in election-eve Virginia.

WTOP in Washington reports on how the video will be consumed just two weeks before the election. "(M)ore than 300 Black churches across Virginia will hear from Vice President Kamala Harris between Sunday and election day in a video message that will air during morning services as part of an outreach effort aimed to boost McAuliffe."

Before we discuss the specifics of this tax-code violating, 1984-esque video directive, can we pause for a moment and reflect on the sentence above and how inoculated we have become toward a very real and insidious racial double-standard in our country?

We let the phrase "black churches" occupy our public discourse without ever focusing on the destructive nature of this disconcerting reality in American culture. Of course, I recognize and respect the historic nature of black churches in this country and the vital role these churches played in post-Civil War America. But we are now in an era where even statues of Thomas Jefferson are being torn down, so any historic value something that may appear racially divisive is fair game.

The reality is that the majority of churches in this country are having very frank conversations about being "too white." The leaders of most denominations are proactively employing outreach in minority communities to increase representation from all races in their church's surrounding neighborhoods.

Meanwhile, black churches are celebrated by the media and pop culture with no recognition of what they clearly are: segregated. And the Democrats love going to these segregated houses of worship to demand the votes of the congregations. And, why not? Democrats invented and celebrated segregation of every form in this country after they lost the Civil War to Republican leadership, why should they change their ways now?

Now, back to Kamala's dance with the political devil to preach the virtues of her man, Terry McAuliffe, who wants to continue his state's robust history of killing black babies at Planned Parenthood "clinics."

NEW -- More than 300 Black churches across VA will hear from @KamalaHarris btwn Sun. and November 2 in video message that will air during morning services as part of outreach effort aimed to boost @TerryMcAuliffe.

Make no mistake, the video above goes well beyond "get out the vote" or "issue-oriented" messaging, which is often permitted at houses of worship that enjoy tax-free income from the IRS. This is raw partisan politics with a full-throated endorsement of the Democratic candidate, McAuliffe.

Kamala begins speaking about her faith and her childhood experience going to church and then clumsily and blatantly pivots to her direct endorsement of the former Clinton bag man.

"I believe that my friend Terry McAuliffe is the leader Virginia needs at this moment," Harris says in the video. "Terry McAuliffe has a long track record of getting things done for the people of Virginia."

How many decades have we endured Democrats and their flying monkeys in the media wringing their hands over Republicans with strong ties to various churches and denominations in this country? And any campaigning that may come close to the pulpit for Republicans always focuses on certain issues like the redefinition of marriage or the protection of the unborn.

A pastor or priest might remind their congregation that their faith demands the protection of unborn babies and does not tolerate any support for abortion and Democrats start screaming about the so-called "separation of church and state," even though no political parties or candidates are ever mentioned in the message.

Is it Republicans' fault that their positions tend to be in line with the moral values of most denominations in this country? Still, pastors, priests and politicians on the Right are cautious to ever even tiptoe up to the line that Kamala Harris just lept over with this video.

Will there be an investigation? Or even an outcry in the oh-so-consistent mainstream media? Doubtful. Newsweek is already on board with the "conservatives pounce" narrative.

If the IRS, FEC, or Biden's manipulated DOJ ever look into the situation, they'll probably reach the obvious conclusion that this is a clear violation. Of course, they'll reach that conclusion several years from now after their "thorough" investigation and it won't make a difference because the damage will already be done.

They don't care. Of course, this is a desperate move to prop up McAuliffe who is facing defeat. They will continue to do desperate and even illegal things and maybe... maybe they'll apologize after the fact. Because their desperate moves work.