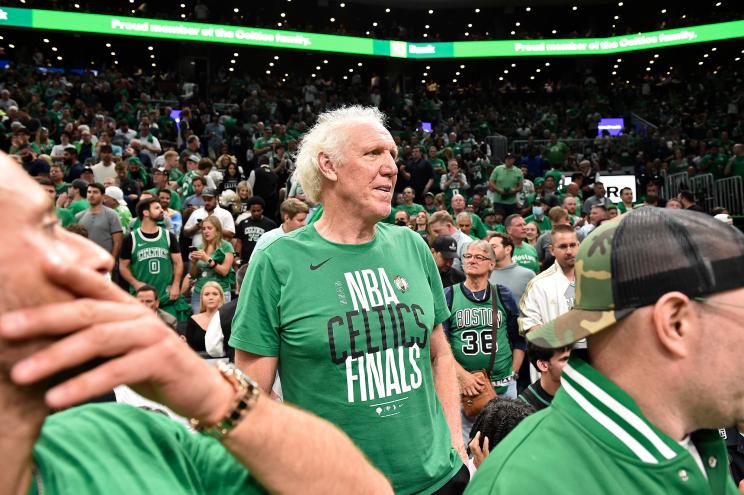 The streets of American cities aren’t even safe for one of the great big men in NBA history. Hall of Fame center Bill Walton, 6-foot-11, the proud pot smoking bon vivant who has openly supported Black Lives Matter and a host of other progressive causes has suddenly turned tough on crime. Why? For the same reason so many Americans have: because he was a victim of it.

In a fiery letter to San Diego mayor Todd Gloria, Walton wrote, “Once again, while peacefully riding my bike early this Sunday morning in Balboa Park, I was threatened, chased, and assaulted by the homeless population in our park. Once again, you’ve done, and continue to do, nothing.”

Funny how an up close and personal experience with violent crime can change one’s perspective, or dare we say, as Irving Kristol once famously quipped, mug one’s reality?

And it’s not just former hoops heroes who are hopping off the soft-on-crime bandwagon. In Los Angeles, mayoral hopeful Rep. Karen Bass, who once had never seen a police department she didn’t want to defund, is now worried about her own safety. Bass said in a debate months ago that she does feel safe in LA, but after her home was robbed and two guns stolen (which she had for protection) the would-be mayor now says, “I did feel safe until my safety was shattered, like so many Angelenos.” I guess it’s good she finally noticed?

Meanwhile, two progressive lawmakers — one in Illinois and one in Pennsylvania — were both carjacked within just a couple of hours of each other. Yes, that’s how common it’s getting. State Senator Kimberly Lightford and US Rep. Mary Gay Scanlon, respectively, were both champions of relaxed policing, and sadly, they reaped what they have sown.

Staying in Pennsylvania, senate candidate John Fetterman has done his own 180 on his previous, absurd call to release all second degree murderers facing life sentences. Even left-wing loony Fetterman, who regularly campaigns in sweatshorts can now see what abject foolishness he has been spouting.

Clearly the Democrats understand they have a massive problem on the crime issue. New York House candidate Democrat Max Rose, hoping to win a rematch over Rep. Nicole Malliotakis, who bested him 2 years ago, sent out a mailer flat out running against his own party on the issue.

Democrats want a do over on “defund the police.” But Americans aren’t dumb. They heard the left wing of the party demand defunding, and they saw the supposed centrists meekly go along under the guise of repurposing funding from police to social workers. Now they say they want to be tough on crime, and we are actually supposed to believe them? As the president might say, “c’mon, man!”

Kevin McCarthy and House Republicans have wisely made public safety a key to their Commitment to America. Here in the Empire State, GOP gubernatorial candidate Lee Zeldin is flooding the airwaves with brutal ads featuring viral videos of crime and attacking Democrat Gov. Kathy Hochul who can’t seem to combat it.

With inflation, gas prices, a crisis at the border and more, Republicans have any number of ways to point out how Democrats have failed. But crime hits home, the heart and the gut. Americans are afraid and they want sensible policies on public safety.

More and more progressives are realizing this, but Republicans have known it all along — they should remind voters that it was people like Bill Walton, Karen Bass and Max Rose who got us into this mess in the first place.

So, now Republicans openly admit to using 'fear' as a vote booster... its long been said the GOP is run on fear and greed... and now we have conformation of the 'fear' part of that statement.

Even in the 80s the joke was "What does it take to make a liberal a conservative? A mugging".