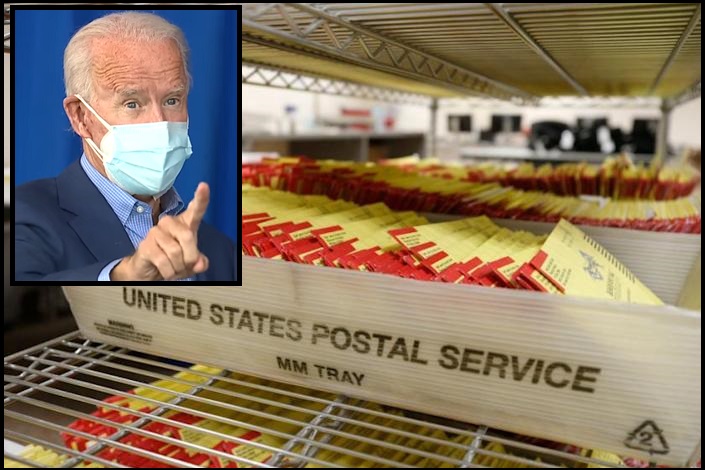 The United States Postal Service (USPS) workers will be exempt from the mandatory vaccine requirements of all federal workers.  The most logical reason for the Biden carve-out is the blackmail and leverage carried by the USPS for their role in the 2020 mail-in ballot fraud.   Quid pro Joe.

WASHINGTON POST – U.S. Postal Service workers were not included in Biden’s executive order requiring all federal employees to get vaccinated against the coronavirus, according to a White House official speaking on the condition of anonymity to discuss not-yet-public portions of the president’s plan. The postal workers would be strongly encouraged to comply with the mandate, the official said.

The move exempts a massive chunk of the federal workforce — 644,000 employees and growing as the agency ramps up seasonal hiring — that interacts daily with an equally large swath of the public.  One of the Postal Service’s powerful unions, the American Postal Workers Union, in July criticized the administration’s efforts to require federal workers to be vaccinated and demanded that postal leadership collectively bargain on the issue. (read more)

On a positive note, this unilateral exemption provides massive support for any lawsuit against the Biden administration over the forced vaccination order.  The DOJ cannot claim ‘public health’ as a reason for the mandate and simultaneously claim the USPS carve-out is unrelated.