Mobs breaking into and occupying government buildings are always bad, but when leftists are responsible, a memory hole soon opens and engulfs the media's recollections.  True conservatives support law and order and peaceful protest for redress of grievances, a sacred constitutional right.  Rights bring with them responsibilities, and strict adherence to the law is a fundamental obligation of those who speak out in disapproval.

The U.S. Capitol is a sacred temple of our democratic republic and ought to be viewed as such, not a target for violence.  Period.  But a little historical perspective is in order in understanding how mob violence directed at official buildings is no monopoly of conservatives or Trump-supporters.

Just over two years ago, the Hart Senate Office Building on Capitol Hill was occupied by protestors seeking to block the confirmation of Justice Kavanaugh. 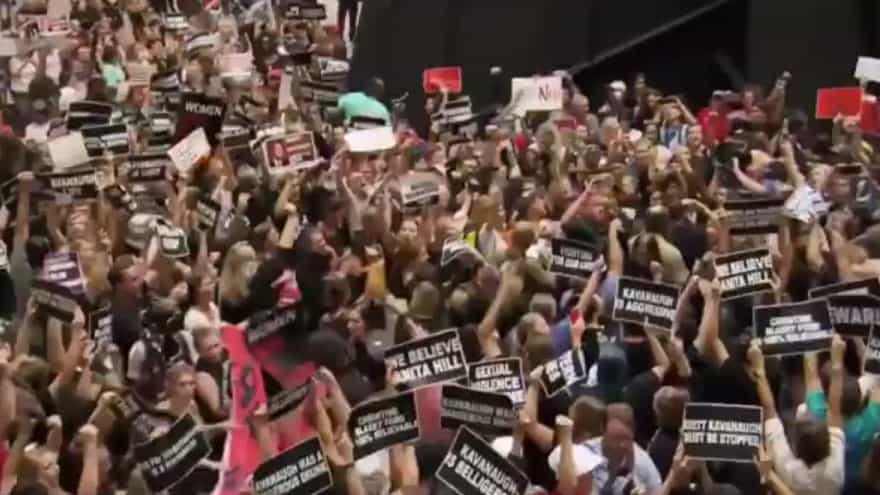 Armed rioters loot and break into the Capitol Building.

The two are not the same.. no matter how much Republicans wish it were so.

Apples will never be the same as oranges.

Sign In To Reply
Post
McCarthy: Dems 'Bloated' $1.9 Trillion Stimulus Confirms 'The Swamp Is Back'
14 hours ago