In other words....don't get caught.

President Joe Biden told his younger brother Frank during the recent election campaign to ''watch yourself'' in regard to his business dealings and not ''get sucked into something,'' Politico reported, citing an unidentified source.

''For Christ’s sake, watch yourself,'' Biden said, according to Politico’s source ''with knowledge of the conversation.'' ''Don’t get sucked into something that would, first of all, hurt you.''

Politico did not say when during the campaign the conversation took place.

The revelation follows reports of Frank Biden promoting his relationship with his more famous brother in an advertisement for the Berman Law Group of Boca Raton, Florida, where Frank Biden serves as non-attorney senior adviser. The ad was printed in the Jan. 20 edition of the Daily Business Review, also based in Florida.

It also comes amid unanswered questions regarding the business dealings of Biden’s 50-year-old son Hunter and brother James.

Statements by the 78-year-old Joe Biden, the eldest among himself and three siblings, that he had no knowledge of his son’s business dealings appear at odds with emails obtained from a laptop abandoned by Hunter Biden at a computer repair store in Delaware.

The emails, which suggested influence peddling, were bolstered by statements by Tony Bobulinski, Hunter Biden’s ex-business partner who said Joe Biden was well aware of his son’s activities.

Politico’s source said Joe Biden’s tone in the conversation with his brother Frank was ''jocular and serious.''

Investigative journalist Peter Schweizer told Fox News host Sean Hannity Friday that many family members of former Vice President Joe Biden benefited from government contracts they weren’t qualified to perform. In his newly released book “Profiles in Corruption: Abuse of Power by America’s Progressive Elite,” Schweizer says the largesse to the “Biden Five” goes back many years but peaked while Biden served in the administration of President Barack Obama.

“There’s a pattern here, Sean, and it really blossoms during the Joe Biden’s tenure as vice president of the United States. Take his brother James for example,” Schweizer said, noting that the family member was appointed executive vice president of a construction company that would shortly receive a government contract “to build 100,000 homes in Iraq, financed by U.S. taxpayers.”

Schweizer pointed out, “Here’s the problem, James Biden has no background in construction. This didn’t happen before and this didn’t happen after he was vice president. It happened during his tenure. It’s the same pattern we have seen. These deals involve sometimes taxpayer backed loans, they involve foreign governments. What they end in, is the Biden family making money off of these deals, deals they are not qualified to have, skills that they don’t possess.”

Biden has been scrutinized for his seat on the board of directors of a corrupt Ukrainian gas company, Burisma. He has said he has “no regrets” for fulfilling that role even though he had no experience in the energy sector and had the job while his father was Obama’s point man in Ukraine. (RELATED: Ukrainian Business Says Gas Firm Hired Biden For Protection)

Schweizer says Biden was also firmly connected to Chinese interests. “Look, to be blunt about it they have lied about this repeatedly. First, they denied that Hunter Biden sat on the board of directors of the Chinese funded investment firm. Then when we showed the website that said he was on the board of directors they changed their tune. Then they said he wasn’t making any money off of the deal. Now they admit, ok, he has assets but he hasn’t cashed out the money yet. That’s the problem, they haven’t been honest about this from the beginning.”

Biden reportedly received $700,000 for his work with the investment firm.

After dodging creditors for decades, Joe Biden’s slimy grifting brother Frank Biden finally agreed to pay part of the $ 1 million he owes the family of a man killed in a car accident in 1999.

Frank Biden, then 43, was sitting in the passenger seat when he shifted the 290hp car into manual and told the driver to ‘punch it’ before hitting and killing Michael Albano in Cardiff, California.

Biden allegedly told the driver to ‘keep driving’ and fled the scene of the accident. A passenger reportedly said everyone in the car was drinking.

Michael Albano was a single father who left behind two young orphaned daughters.

Frank Biden spent 20 years avoiding the Albano family while he lived a lavish lifestyle in Florida.

Biden and his partner Mindy (a former Hooters waitress) live in a gated community overlooking a golf course in Atlantis, Florida and drive matching black and white Range Rovers.

Joe Biden’s brother will finally cough up some of the $1million in compensation he owes the family of a young father killed in a horrific car crash more than 20 years ago.

Frank Biden has agreed to a settlement in the case just months after DailyMail.com exposed how the businessman had dodged creditors for two decades.

While it’s not known exactly how much he has agreed to pay, DailyMail.com understands it’s a significant amount. Biden confirmed the settlement to DailyMail.com but would only say he is ‘pleased’ with the outcome.

When asked if he had apologized to the Albano family for the hurt he has caused, he didn’t reply.

Scofflaw Biden, 66, hadn’t paid a cent of the cash he owed the family of Michael Albano despite him having defaulted on a lawsuit filed against him for Albano’s tragic death in 1999.

The businessman even tried to wriggle out of paying the compensation after creditors found just $29.16 in his bank account.

Frank Biden has made millions of dollars off of his family name and has a long history of securing contracts in Florida thanks to big brother Joe.

Where my dogs at?? 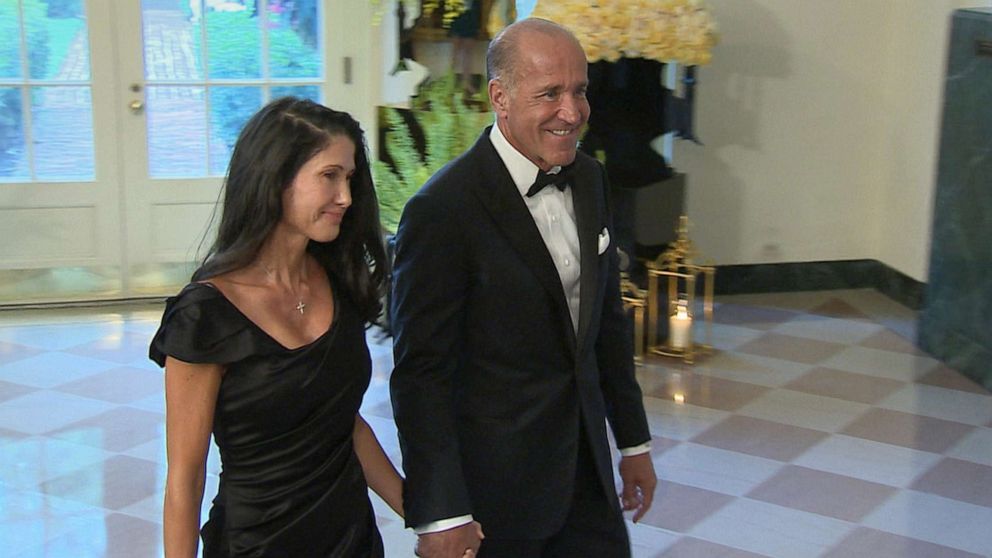