Griner is where 'she' needs to be. 'She' hates the US so let 'her' stay with people that thinks like 'she' does. Hey Griner, maybe if you kneeled when they played the Russian National Anthem you could bully them.

“If the league continues to want to play it, that’s fine. It will be all season long, I’ll not be out there,” she said.

WNBA star Brittney Griner is requiring the association to quit playing the national anthem before games and says that she won’t be on the floor on the off chance that it is played.

During a video chat on Monday (July 27), Griner made her position on the anthem known. “I honestly feel we should not play the national anthem during our season,” said the Phoenix Mercury center, according to the Arizona Central. “I think we should take that much of a stand.” 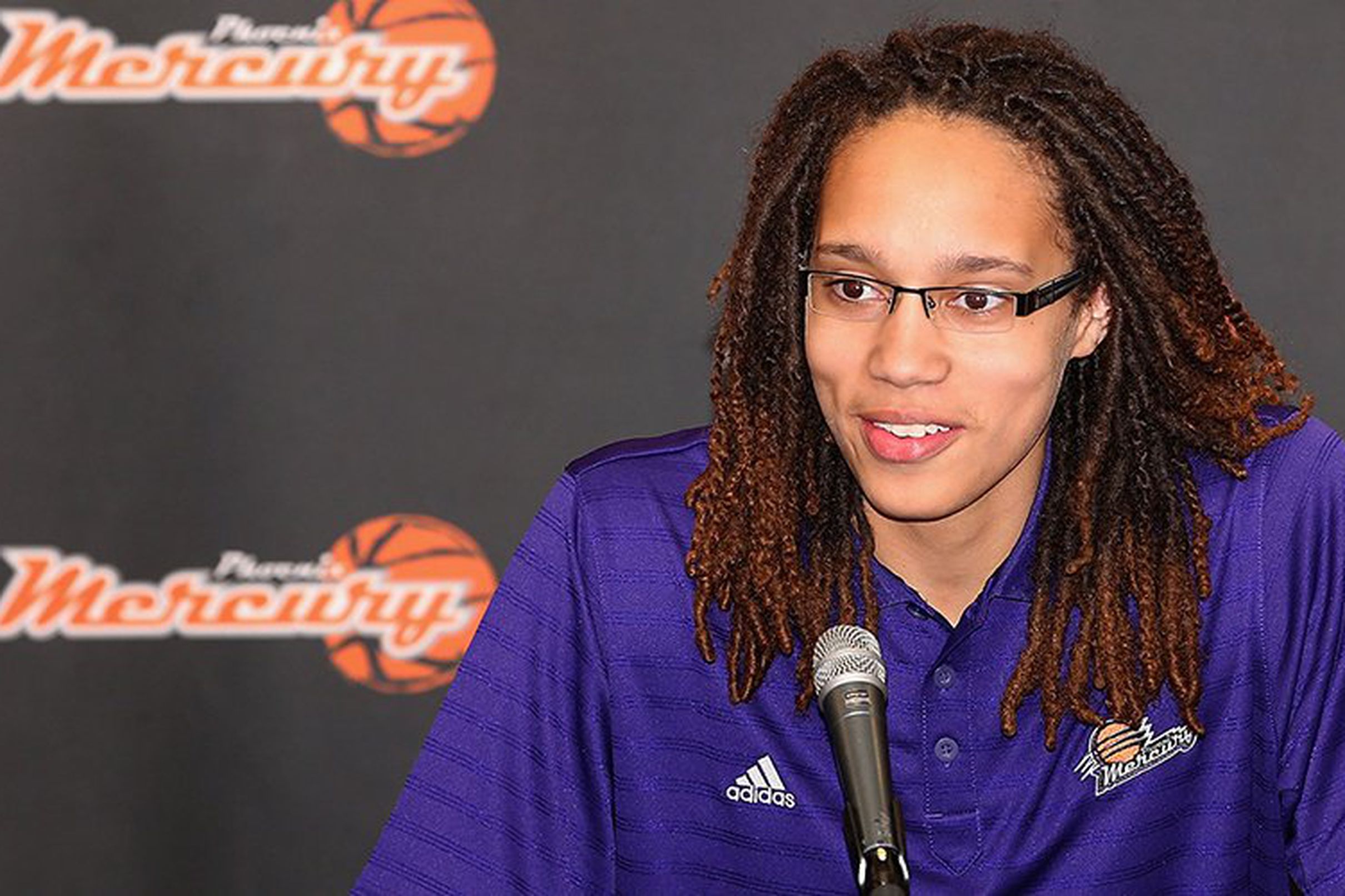 A Russian prosecutor on Thursday asked a judge to sentence WNBA basketball star Brittney Griner to nine-and-a-half years in prison for drug charges, and the defense team in her trial said the judge was expected to hand down her sentence by evening. In seeking close to the 10-year maximum, the state’s request ignored the athlete’s plea of leniency. Griner pleaded guilty in July to carrying vape cartridges with cannabis oil into the country.

The prosecutor’s call for a tough sentence for Griner — as well as a fine of 1 million rubles ($16,590) — came amid calls from the United States for Russia to seriously weigh its offer on a prisoner exchange to bring her home.

One of Griner’s lawyers, Maria Blagovolina of Rybalkin Gortsunyan Dyakin & Partners, disputed the severity of the charges and argued that investigators made errors in her case.

The prosecution contends that the 0.702 grams of cannabis found in Griner’s luggage after she landed at Sheremetyevo International Airport in February was a “significant amount.” Griner testified last week that she was in a hurry when she packed, had no idea the items were in her bags and did not intend to break Russian law.

She testified that she uses cannabis oil in the United States for treatment of chronic pain from injuries but knew that carrying cannabis into Russia was illegal. She said she flew to Russia despite U.S. State Department warnings about such travel because she did not want to let her Russian team down. The Phoenix Mercury start plays for UMMC Ekaterinburg in the WNBA offseason.

The Biden administration is feeling massive public pressure to secure her release, a behind-the-scenes negotiation greatly complicated by the collapse of relations between Washington and Moscow because of the Ukraine war.

Secretary of State Antony Blinken spoke to Russian Foreign Minister Sergei Lavrov late last week, urging him to accept a deal involving Griner and former security consultant Paul Whelan, an American who is serving a 16-year prison term in Russia. Whelan, who was arrested in 2018 and convicted of spying in 2020, says he was framed.

The United States has declined to say whether the pair would be swapped for Russian Viktor Bout, an arms trafficker who was arrested in a U.S. sting operation in Thailand in 2008.

The administration’s announcement of its proposed deal appears to be an effort to curb criticisms of its handling of the Griner case. But the Kremlin has told Washington to refrain from “megaphone diplomacy,” with Russian Foreign Ministry officials repeatedly warning that public calls will not help her cause.

John Kirby, spokesman for the U.S. National Security Council, said Tuesday that the administration was not going to negotiate in public.

“We’ve made a serious proposal, made a serious offer,” Kirby said. "And we urge the Russians to take that offer because it was done with sincerity, and we know we can back it up.”

In past years, the United States has resisted Russian pressures to exchange Bout given the seriousness of his offenses. He was convicted in New York in 2011 and later sentenced to 25 years in prison for conspiracy to sell surface-to-air missiles, AK-47s and explosives to the Revolutionary Armed Forces of Colombia, or FARC, knowing that they planned to shoot down U.S. helicopters.

A deal to bring Bout home would be a major political victory for Russian President Vladimir Putin, signaling to his domestic audience that despite unprecedented Western criticisms and sanctions, he still has the clout to force the White House to negotiate with him.

Bloomberg has reported that as part of an exchange, Moscow may seek the release of a wealthy Russian businessman close to the Kremlin, Vladislav Klyushin, who pleaded not guilty in a Boston court in January over an alleged $82 million insider trading scam. Klyushin claimed the case against him was “politically motivated” because of his ties to the Russian government.

This conversation is closed.
Commenting has been turned off for this article. Learn more
8/4/227:49 AM
❤️ 1
Original Post
Back To Top