This horrific story is grotesque and enraging.  A 14 year-old student was raped and sodomized by a teenage sexual predator in Virginia on May 28th. The school never called the police and apparently wanted to keep the incident covered-up because the rapist identifies as a transgender student.

The predator used the transgender bathroom policies of the Loudoun County school system to gain access to the girls bathroom where he raped and sodomized the victim.

When the father Mr. Scott Smith went to confront the school board in June, he was arrested. The National School Board Association later used the incident of Mr. Smith’s arrest to label the victim’s father as a “domestic terrorist” in their demand letter to the U.S. Department of Justice.

The Virginia police and county prosecutors told Mr. Smith to keep his mouth shut. Meanwhile the rapist was transferred to another school where he sexually assaulted another teenage girl last week. Only after the second rape did the issue start to become public as the father of the first victim would no longer stay quiet.

The Daily Wire broke the story [HERE, w/ registration wall] and the Daily Mail picked it up:

[Via Daily Mail] – A Virginia father who went viral after being dragged out of a Loudoun County school board meeting and arrested for protesting its proposed transgender policies has now revealed he was trying to tell the room that his daughter had been raped by a boy at school in the girls’ bathroom.

Scott Smith was photographed on June 22 being dragged out of the heated meeting with his torso exposed in Leesburg, Virginia. The 48-year-old plumber was ridiculed on social media afterwards and was painted by the left to be a deranged, right-wing bigot.

But in an interview with The Daily Wire that was published on Monday, he explains that he was trying to stick up for his daughter, who was attacked at Stone Bridge High School on May 28 by a boy ‘wearing in a skirt.’

Smith says the boy took advantage of the school’s trans policies to get into the girls’ bathrooms and assault her.

Two months after the incident, the boy – who has not been named because he is a juvenile – was arrested for forced sodomy.

And in October, he was arrested again on different charges for allegedly assaulting a different girl, at a different school. He is now in a juvenile detention center.

But Smith says Loudoun County schools went out of their way to protect the child – ‘a sexual predator’. The school still has not commented.

‘It has been so hard to keep my mouth shut and wait this out. It has been the most powerless thing I’ve ever been through,’ he said. (read more)

What the hell is going on in Virginia public schools?  Everything about this story is sickening on an unfathomable scale.

The June School Board meeting that Mr. Smith attended was discussing the district transgender policies that led to the rape of his daughter the month before.  If there was anyone who should have been permitted to speak it should have been Scott Smith…. 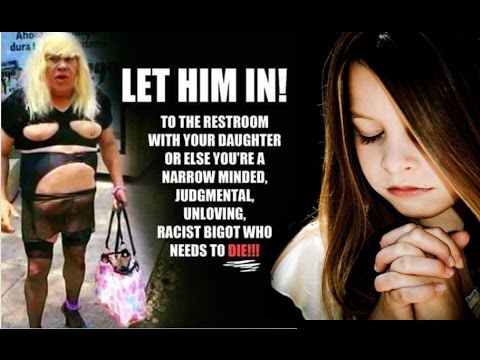 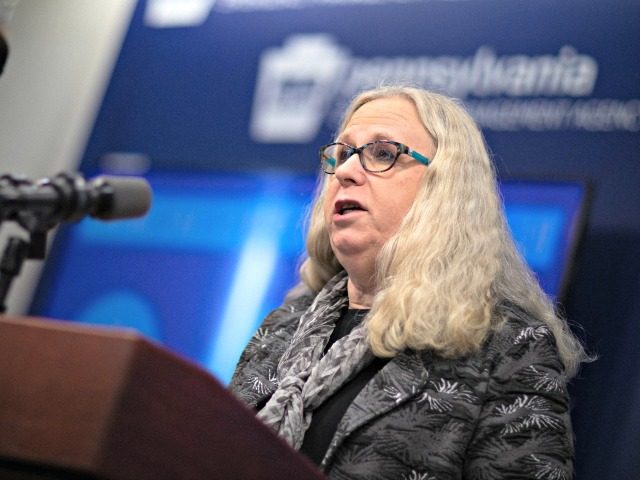 President-elect Joe Biden announced Tuesday he had chosen Dr. Rachel Levine to serve as the assistant secretary of health for the Department of Health and Human Services.

Levine, born Richard Levine, is an openly transgender individual and would mark the first transgender official confirmed by the United States Senate, if approved.

Levine is currently the Secretary of Health for the Commonwealth of Pennsylvania, in charge of the local response to the coronavirus pandemic. 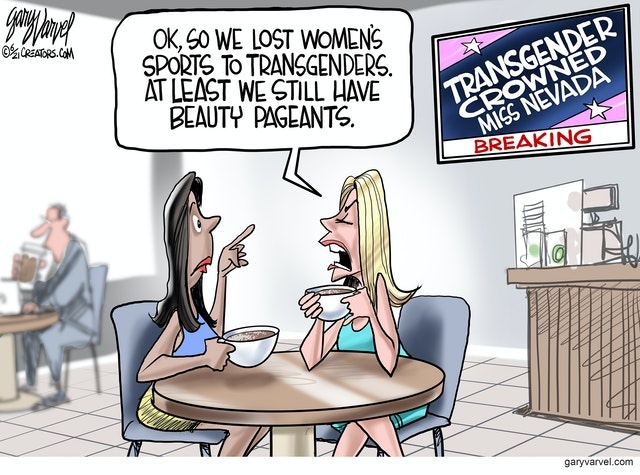 So... a month after his daughter was attacked... he went to a school board meeting? Why didn't he call the police when the attack happened? Why wait a month and then attack the school board?

There are a whole lot of things about this article that don't make sense.

A "day of reckoning' is coming. I'm making my list and I'm checking it twice....

Loudoun County Public Schools has been exposed for allegedly not recording a number of sexual assaults that reportedly occurred on school premises dating back several years, despite being required to do so by law.

Such incidents are required to be reported to the public and school superintendents are to be held personally liable for any violations according to the Daily Wire who did a follow-up story on Thursday focusing on Scott Smith, whose ninth-grade daughter was allegedly raped in a high school bathroom. Another student was allegedly assaulted by the same gender-fluid 15-year-old boy at a different school as well.

“NEW ON LOUDOUN: In 2018, a boy was held down while other boys ‘inserted objects into the victim’ in a locker room. The culprits were arrested. Loudoun told the state that zero sexual assaults occurred in that school that year, and every year since,” tweeted Luke Rosiak, the author of both pieces.

The Virginia Department of Education is now rushing to cover itself over this latest revelation. Spokesman Charles Pyle asserted that “VDOE is reviewing the discipline, crime and violence data submissions of Loudoun County Public Schools and is in communication with LCPS to determine whether the division’s reporting is accurate and whether the division is in compliance with state and federal law.”

That particular law may cause even more angst for the Loudoun superintendent following the alleged sexual assault on May 28 of Smith’s daughter. During a June 22 school board meeting that resulted in the tackling of the father by police, bloodying his lip, and handcuffing him while dragging him from the room, Superintendent Scott Ziegler stated, “To my knowledge, we don’t have any record of assaults occurring in our restrooms.” The law in Virginia states, “Reports shall be made to the division superintendent and to the principal or his designee on all incidents involving … sexual assault.” That appears to have not happened.

Virginia Democrats amended the law last year in an attempt to soften the requirement. Virginia Code § 22.1-279.3:1 required all crimes that occurred on school grounds to be reported to law enforcement. Democrats amended the law with House Bill 257, replacing the word “criminal” with “felony,” which omits misdemeanors from the law’s required reporting on such incidents.

Leftists claimed that the language change would “move away from a one-size-fits-all approach to reporting and tap into the experience and expertise of our front-line school principals.” Conservatives contended that the policy would “make our students, teachers, and school personnel significantly less safe.”

The incidents brought to light by the Daily Wire, if proven, are felonies. Sexual battery is a misdemeanor, sexual assault is a felony. LCPS was bluntly asked last week by the Daily Wire, “Has Stone Bridge ever reported the May alleged sexual assault in any statistics or made anyone aware of it?” LCPS deflected and instead referred to state law. Director of Communications Joan Sahlgren equivocated that, “Any information related to student information is confidential under state and federal laws regarding student privacy.”

Her argument does not hold up since incidents are still required to be reported to the public via a public database called Safe Schools Information Resource (SSIR) which is administered by the Virginia Department of Education. LCPS reported that Stone Bridge had zero sexual assaults for the 2020-2021 school year which is now known to be untrue.

Previously, LCPS had failed to report another incident that occurred in October of 2018. Three football players at Tuscorara High were arrested and charged with sexual assault after attacking another boy according to the Loudoun Times-Mirror. A source claimed that a younger player was “held down by teammates who inserted objects into the victim” in a locker room. LCPS asserted at the time that “the case will be subject to disciplinary action.” Upon review, the annual report for Tuscorara that year listed zero instances of sexual offenses against students.

Anger is spreading over the Loudoun County school board scandal. People are furious:
22h
NEW ON LOUDOUN: In 2018, a boy was held down while other boys “inserted objects into the victim” in a locker room. The culprits were arrested.

Loudoun told the state that zero sexual assaults occurred in that school that year, and every year since.
Deanna
@DLK80s
Replying to
@lukerosiak
Horrific! This is criminal not political.  There is no excuse for not protecting children!  None.  “We didn’t know” doesn’t cut it.  That’s your job to know. Makes me sick.

people say when it goes down police and military will be on the side of the people. However this is an example of police doing what they are told rather than support the people.  Sad they will sacrifice a child for their sick political correct views.