by Christopher Bedford for The Federalist

I knew the young men my parents were talking to were animated when I sat down with a round of beers at a table in Glasgow’s Merchant Square. Friendly and proud of her kids, my mother had told the two financial analysts that her son was an American conservative. My dad had wisely disengaged while they interrogated her on all of their opinions and feelings, and now that I returned with the pints, it was my turn to be educated.

“How can you deny the deadly reality of global warming,” one of the guys asked, wheeling on me unprovoked. “Florida is literally flooded and underwater.”

I blinked a few times. “What?”

“It’s all over the news!” he exclaimed.

The Sunshine State gets hot and swampy; it is indeed largely at sea level, but when I’d left Virginia just a day or two before it had seemed intact. Could he be talking about the Everglades? A storm, maybe? As I sat there listening and wishing I could just enjoy my beer, I made note to ask mom to refrain from further introductions.

This memory came to mind Saturday afternoon when I walked into a restaurant in Martha’s Vineyard, where we had surprised my brother for his 30th birthday. “Do you have your masks?” the hostess asked sharply.

“Is that a Vineyard thing?”

“Oak Bluffs Board of Health. You need a mask.”

We put them on and walked the 12 feet to our high top, where we sat amid a completely unmasked lunch crowd already many drinks deep. I was surprised by the request at first, because six miles north in Falmouth, there was no mandate (and barely anyone wore one). There was no mandate a few miles to our west in Woods Hole either, although a number of struggling businesses still insisted on demanding adherence to the abandoned rule.

It’s hard to keep up these days: To get to the birthday party, I’d had to travel from D.C. (mask mandates) to Virginia (no mask mandates) to fly to Boston (mandates) and then drive south (none), before taking a boat to the Vineyard (mandates).

The irony wasn’t lost on anyone: Just eight miles to our south, the Obamas had thrown an unmasked 60th for all the people who said “we’re all in this together.” What exactly it is that we are all in, however, is less certain every day.

Take “hospitalizations due to COVID,” a seemingly straightforward metric — except when it isn’t. “A new study,” a Monday story in The Atlantic begins, “suggests that almost half of those hospitalized with COVID-19 have mild or asymptomatic cases.”

According to the study, which hasn’t yet been peer-reviewed yet, of the people counted as hospitalized with COVID between January and June, only 52 percent had “moderate to severe” symptoms — or, ones that require hospitalization. The rest? It’s not all the same, but they might be in for something else entirely. Or maybe they reported some shortness of breath. Others still might suffer from a known comorbidity doctors want to keep an eye on. Who knows?

But there was more to the study: The 52 percent figure is 12 points lower than it was before widespread vaccination. So are vaccines working? Hard to tell, at least according to the administration, which demands the vaccinated continue to wear masks and has even pushed the director and deputy director of the Food and Drug Administration to resign (and publicly criticize the White House) over its insistence on booster shots.

Far from resembling traditional American federalism, the different responses are more reminiscent of the paranoid isolation of feudal Europe’s villages and walled cities. The same is true all over the world, where the disease — and response — has been assigned different qualities by different medical bureaucracies (a concept explained beautifully in this long but worthwhile read).

Twenty miles west of Boston, for example, the superstitious villagers running Bedford Middle School demanded kids eat their lunch in chairs all facing the same direction (whether inside or out). They didn’t care that approximately 85 percent of students that age in the thoroughly Democratic town were reportedly vaccinated. They also didn’t care that COVID surviving on surfaces has widely discredited — lunch tables were verboten until parents complained loudly enough to cause embarrassment.

Three thousand miles to the west of Bedford, the frightened rulers of Solona Beach, San Diego force their kindergarten children to play by themselves, six feet away from their nearest friend and wearing masks — outdoors. The sight of it is as dystopic as it is stupid. It’s also an outlier, very different from, say, the Netherlands, despite no evidence the disease is different from the one in California.

In its Monday article, The Atlantic admits it previously called hospitalization figures “the most reliable pandemic number,” yet despite knowing how minor cases and even other diseases were counted as hospitalizations because of COVID, its found a new figure to trust: “death by COVID rates.”

That figure was repeated without any doubt. No mind was paid to even the possibility that the tax money sent to every hospital that reports “a COVID-19 death” could be warping the incentives to call any death possible “a COVID-19 death.”

After all, why would dispelling one panicked myth cause them to rethink the others they’ve built their walls with? Sadly, dystopic stupidity might be the only real unifier of COVID-terrified communities.

Back up north in Woods Hole, there’s little doubt that behind those signs demanding adherence to revoked mask rules you’ll find people who will tell you Florida is a hellscape of COVID death and slaughter. They might even tell you it’s under water. 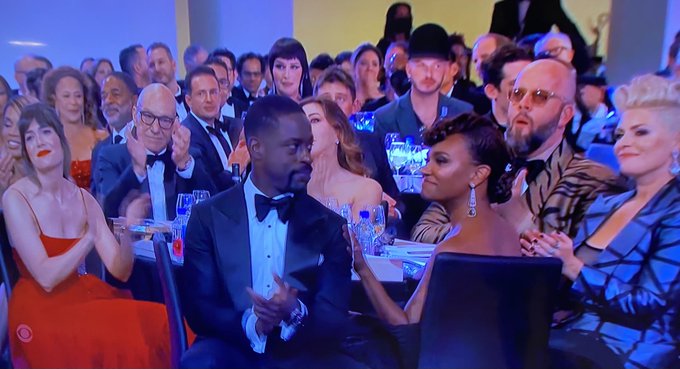 No Masks at the #Emmys because rules are for the little people. 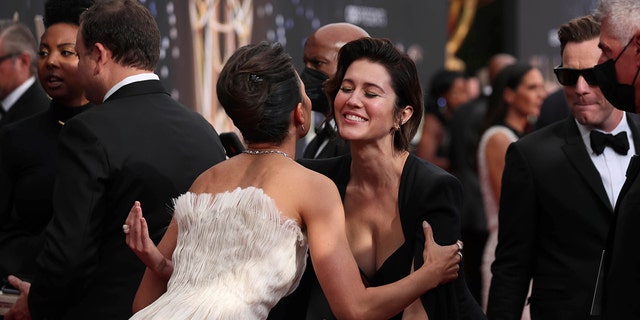