SWAMP STENCH: The FBI deep state is hard at work trying to bury the Burisma evidence that incriminates Joe Biden and the Obama administration

Most American foreign policy experts and diplomats know that Ukraine is a deeply corrupt country and has been for decades since the breakup of the Soviet Union — not that Moscow’s Communist government was much better.

With that said, its new president, Volodymyr Zelensky is in the same vein as President Donald Trump: He, too, wants to “drain the swamp” and rid his government of the grifters, the skimmers, and the ‘deep state’ types who are working daily to undermine the legitimate government.

The problem is, the corruption is so pervasive it is going to be difficult to eradicate — if possible at all.

That’s why it’s difficult to imagine why Ukraine would ask our own FBI to assist in a probe of a suspected cyber attack into Burisma — the energy firm at the center of corruption allegations involving Joe and Hunter Biden.

The firm hired Hunter Biden during the Obama administration, when his father, Joe, was serving as vice president, to be a ‘board member’ for a fee of about $50,000 per month.

It’s also the company that was being investigated by the state prosecutor for corruption when Joe Biden got him fired by then-President Petro Poroshenko.

Suddenly, according to reports, out of nowhere it is hacked by (wait for it) Russian hackers. And we’re supposed to believe that.

In any event, as Zero Hedge reports, the company is notorious for its corruption. More than that, the site reminds readers that the investigation of Burisma corruption and the firm’s relationship with the Bidens “is at the heart of impeachment proceedings” against the president “brought by Democrats.”

The FBI, mind you, is at the center of the ‘Spygate’ scandal involving the attempt to enact a soft coup against Trump. And of course, we were told the Russians hacked the Democratic National Committee’s servers leading up to the 2016 election.

Wow, what a confluence of corruption.

On Monday, The New York Times noted that Area 1, a Silicon Valley-based cybersecurity firm, said that Russian hackers from a military intelligence division formerly known as the GRU and operating under the alias “Fancy Bear” used phishing emails that were designed to steal passwords and usernames in order to gain access to the energy firm’s network.

On the surface this sounds legitimate because Moscow stole the Crimea from Ukraine and has been militarily supporting separatists in Ukraine’s east. So, why not hack a Ukrainian company?

Okay…but why this company, one that is currently at the center of so much political controversy as another election cycle approaches?

“It is noted that the hacker attack most likely took place in cooperation with the Russian special services,” said Ukrainian Interior Ministry official Artyom Minyailo at a briefing, adding that the FBI had been requested to assist in the investigation.

Later, the interior minister said his office had launched an investigation into claims that former U.S. Ambassador to Ukraine, Marie Yovanovitch, was illegally placed under surveillance by associates of Trump presidential lawyer Rudy Giuliani.

More coincidences? Is someone trying to steal evidence of wrongdoing by the Bidens?

Of note, Area 1 was co-founded by two former NSA hackers — one of whom was a lead employee at cybersecurity firm Crowdstrike, which was the only company allowed to analyze the DNC servers in connection with a 2016 breach — which it concluded “fancy bear” was also behind. Area 1 founder Oren Falkowitz is an active donor to Democrats, contributing to the 2020 election campaigns of both Elizabeth Warren and Cory Booker.

So many coincidences, so little time to sort through them all.

If you’re beginning to think this all smells like its somehow related, you’re not the only one. Stranger things have happened stemming from the 2016 election, all in an effort to ‘get Trump.’ It sure seems like some suspicious activity is cranking up again ahead of 2020. 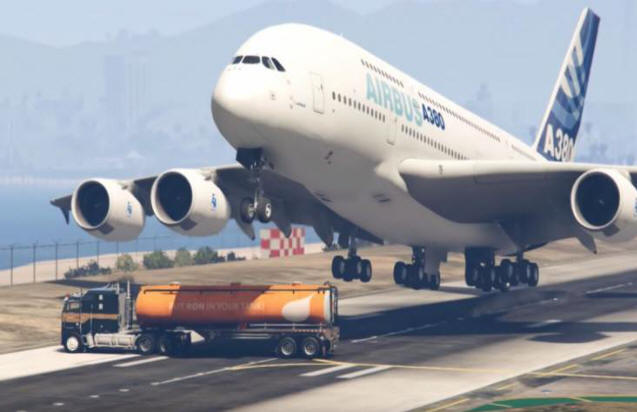 Close call! Airbus 380 is the biggest passenger jet in the world and it took 4 of those fuel tankers to fill it before departure. The tower probably could not see that this tanker was still on the runway.

--A good thing those on the jet didn't see it either--

Since our forum Republicans love cartoons so much....
14 hours ago
Adulting...
16 hours ago