Finally, somewhere we CAN believe Biden has made history.

It’s always something to see the White House spin on any given topic — it so deviates from the truth and reality, sometimes stunningly so, with what they would have you believe or accept.

But they have a lot to try to argue away with the recent job approval polls on Joe Biden.

It’s not just one poll, but he’s been cratering now since August in all kinds of polls, across all groupings and categories of concerns. The latest Gallup poll has him with the biggest drop in approval of any one in the office since World War II. In that poll, his approval ratings in his first nine months have nosedived by 11 percent, as independents throw him over and just 42 percent of Americans think he’s doing a good job.

White House Press Secretary Jen Psaki had a truly novel take on why Joe Biden’s approval ratings are so incredibly low, and it shows what disdain the White House has for the opinion of the American people.

Jen Psaki continuing to claim that Biden's approval is plummeting because "people are tired of the pandemic" is pretty insulting.

It implies Americans aren't smart enough to understand that their lives are harder because of Biden's policies. 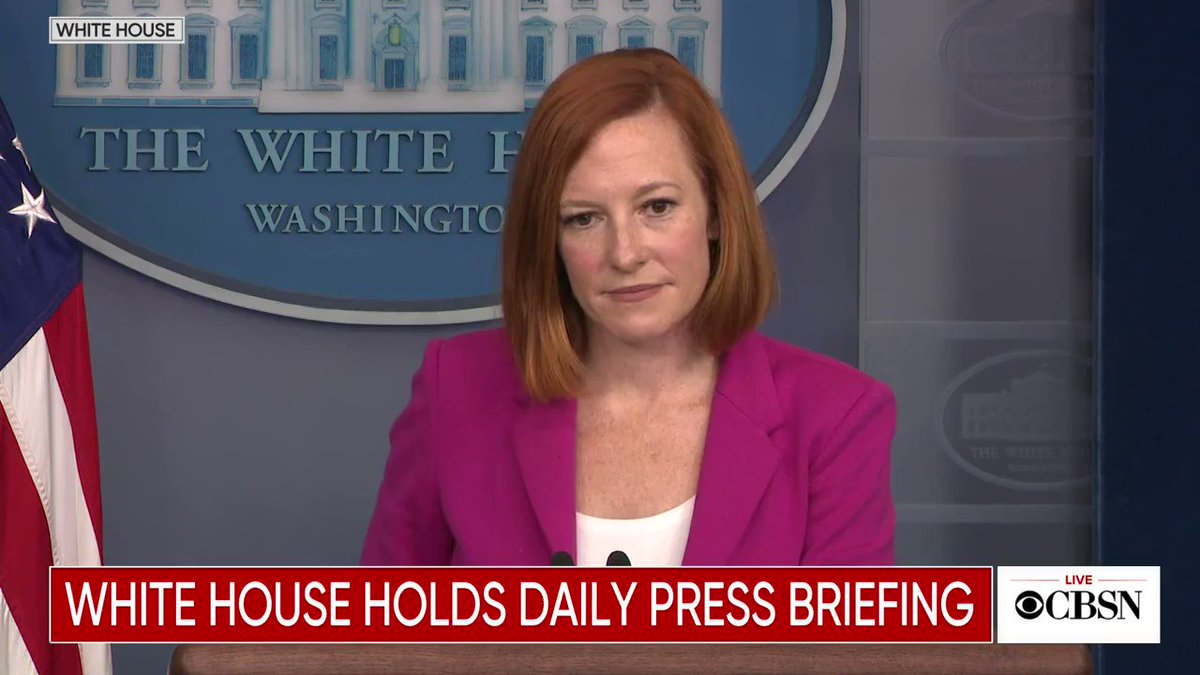 “A lot of people in this room work for organizations that have done polls and there’s a lot of underlying data in them. And sometime it differs,” Psaki said.

“I would just go back to what our view is, is that we’re still going through a hard time in this country,” she continued. “And people are tired of fighting the pandemic, they’re tired of the impact on their lives.”

But Americans — some of you — it’s your fault other Americans are upset with Joe.

“Some of them are sick and tired of people who won’t get vaccinated, who they feel are impacting their ability to live life in a normal way,” Psaki said. “Some people are still fearful for loved ones.”

“And we all thought it would be over at this point in time,” Psaki added.

First of all, Americans are certainly capable of assessing Joe Biden’s failings on a number of subjects — including the border, Afghanistan, and the economy — all of which they have given him poor marks on. They don’t need the White House telling them what to think.

Yet, here we still are. Where’s that magical plan? In his back pocket somewhere? Is he still trying to find it?

Psaki wants to blame the pandemic for the low numbers? Okay, let’s go with that lie for a moment. Who’s the guy in charge who said he had a plan? Didn’t she just dig a bigger hole for Biden with her answer?

But she also is attacking Americans with this response, continuing the White House effort to demonize people who don’t get vaccinated. Here’s another clue for Psaki — while that might play with the extreme left on Twitter, most people don’t like that, and it further blows up the fiction Joe Biden pushed about being a “unifier.”

The problem for the White House is Biden’s actions over the past few months have revealed him for the empty incompetent person he has always been. Now, just a lot more people know it.

* Knowingly lying about the origins of the China Virus.

* Knowingly and willingly placing America's ability to defend Herself against attacks by mandating COVID vaccinations for all military personnel. Over 800,000 active military personnel are refusing the jab. Their forced departure will have disastrous results with regards to our position to defend ourselves, and respond to needs of our allies.

* Willingly forcing America to be energy dependent on foreign countries when we can supply our own domestic/military needs.

Biden is at Walter Reed for a colonoscopy  today. I guess they finally decided to look for his brain. Kamala will be in charge. Think bad to worse.