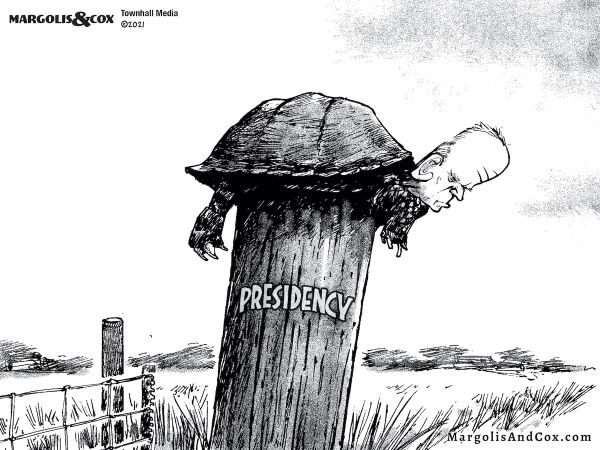 Try to imagine a President doing a worse job than Joe Biden. Think about how that would even be possible. Would they have to set the White House on fire while vomiting on Boris Johnson? Maybe a President in a Nyquil-induced stupor trying to start a nuclear war with Canada? Jimmy Carter on his worst day couldn’t hold a candle to Joe Biden on his best, provided Biden ends up having a best day.

Remember this one: “I’m gonna ask the public for 100 days to mask, just 100 days to mask. Not forever, 100 days. And I think we’ll see a significant reduction if we occur that, if, if, if, if that occurs with vaccinations and masking to drive down the numbers considerably, considerably”? That was Joe Biden 1 year ago Friday, part of his “plan” he swore he had to “shutdown the virus.” How’d that work out again?

Has there ever been a bigger disconnect between what a candidate for President promised and what they delivered? It’s not even that Biden tried and failed, it’s that the entire premise of his campaign was a lie. He had no plan, he had no clue. All he had was an objective and handlers determined to get him there, for their own reasons.

It’s unclear to me that Joe Biden ever wanted anything more than the trappings that go with being President of the United States – the house, the being waited on hand and foot, and most importantly to a career politician with wild insecurity and unrivaled narcissism like Joe, the guarantee of being remembered. Senators are forgotten, quickly, Presidents are remembered forever. Someone who loves themselves as much as Joe does, who desperately needs others to love him just as much, that matters.

There’s also the added bonus that former Democratic Party Presidents are showered with money after their term, often times by the industries they pretended to “fight” when they were running. And Joe Biden loves money. He made a bunch after his stint as Vice President on the prospect that he would run in 2020 (leftists hedge their bets and spread their money around). That’s, of course, in addition to the millions his family raked in through Hunter’s string of jobs and contracts for which he was wildly unqualified. Joe pretends he isn’t, but he’s all about the money.

But to get to the rewards of being a former Democrat President, those Presidents tend to want to accomplish some things; they usually believe in things. Joe Biden believes in nothing. His biggest, and really only accomplishment in the Senate was the 1994 crime bill and he had to denounce it because Democrats had gone from being against crime and supporting police to supporting criminals and wanting to defund police.

On abortion, Biden changed his tune completely as well. There isn’t a person serving his administration, either in the White House or the media, who won’t insist Joe labored between running for President or becoming Pope, such a devout Catholic is he. And in his time in the Senate he used to pretend to be personally against abortion, but refused to allow his religious beliefs to dictate his policy positions. It was and is BS, but many politicians play this game (looking at you, Nancy Pelosi).

Now, he’s no longer pretending. The party of “safe, legal, and rare” abortions is now the party of abortions for everyone, on demand, with no restrictions on when. It won’t be long, maybe 5 years, before they start advocating post-birth abortions, taxpayer funded, of course. That’s where Democrats are now, so that’s where Joe Biden is now. Biden is such a weathervane on everything, and always has been, that he’d perform abortions in the White House if that’s what the fringe of his party demanded.

With no moral code, no center, nothing matters. You just read what’s in the teleprompter and hit the sack by 7:00 while your degenerate son collects piles of cash for the family until you’re free to do it on your own. All you have to do is what you’re told, your handlers and the media will take care of the rest.

That Joe Biden hasn’t come close to fulfilling any campaign promises, or even that those promises were made, is a testament to what he was willing to do to get the job. Just imagine what he’s willing to do to keep it. Even scarier, just imagine how much worse things have the potential of getting as he works to do just that.

Not only is Brandon the worst occupant of the WH, he's also the MOST TREASONOUS.

his goal is to bring the country down,

It's not 'his' goal. He's incapable of planning anything beyond filling his Depends. It's the goal of the Marxist regime that's propping him up. 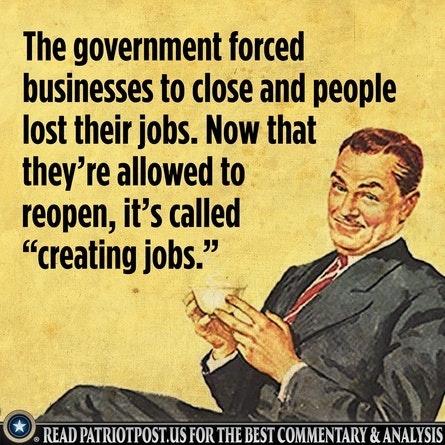 somehow, we have to replace rhinos, democrats, media and take our country back.

"the righties are waking up in cold sweats" 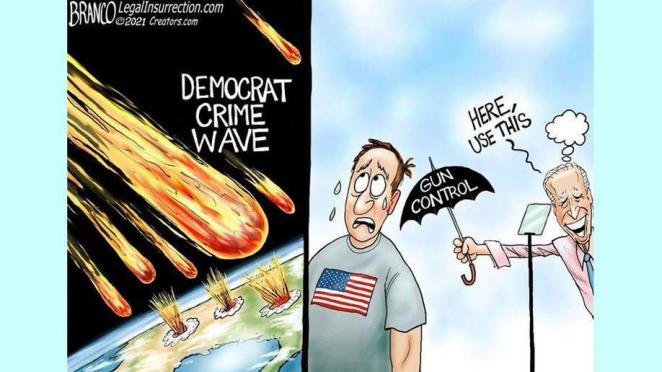